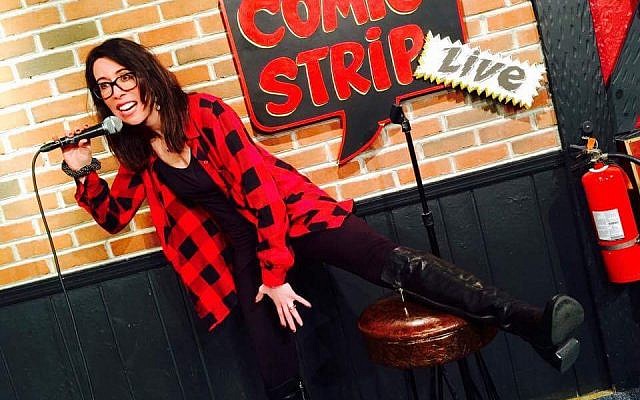 Talia Reese is not like most stand-up comedians. Sure, you can catch her performing at a comedy club in Manhattan, but you also might see her set in your local synagogue. As an Orthodox Jew from Great Neck, Reese decided to leave her career as a lawyer behind and “pursue a more stable path as a stand-up comedian, which thrilled her parents to no end,” her website states. While this seems like a big change, Reese said that comedy was her first passion, pursuing it both in high school and college before going into law—it felt like she was coming back home.

Getting most of her ideas for her own experiences and observations, Reese’s acts are “like her life in jokes,” she explained to Fresh Ink for Teens. Writing sets takes a lot of work, but that doesn’t require spending huge chunks of time in front of a computer trying to think of jokes, Reese said; it means noticing when she sees or thinks something funny, and then fine-tuning it. Often, she’ll say something to a friend, and they’ll tell her, “Hey, that’s funny—you should write that down.” She also gains inspiration from the comedians she admires such as Joan Rivers, Sara Silverman, Rita Rudner, Dave Attell and Sebastian Maniscalco.

Reese’s set changes based on the venue. At Orthodox synagogues, she often jokes about the complex Halachot (religious laws) she follows because her audience can relate. Yet she is well versed in what to say to Conservative and Reform audiences, as she didn’t grow up Orthodox. In comedy clubs, Reese’s jokes get a little more daring, but tries never to cross a line; one of the best compliments she has received is that she has a gift for keeping her comedy funny, but not offensive.

Lately, Reese has been receiving a lot of comparisons to Mrs. Maisel, from Amazon’s hit show, “The Marvelous Mrs. Maisel.” She says that, while different, she does share some similarities with the character. For example, her parents, like Mrs. Maisel’s, weren’t supportive of her comedy at first. However, now they love her comedy and even want to be part of her act. She says she thinks Mrs. Maisel’s parents in the show will eventually become more supportive, too. Reese’s husband and daughters are also very supportive of her comedy and she said couldn’t do it without them. One of her favorite weekly traditions is when she ‘drops the mic’ on Fridays to light Shabbat candles with her daughters and unplug.