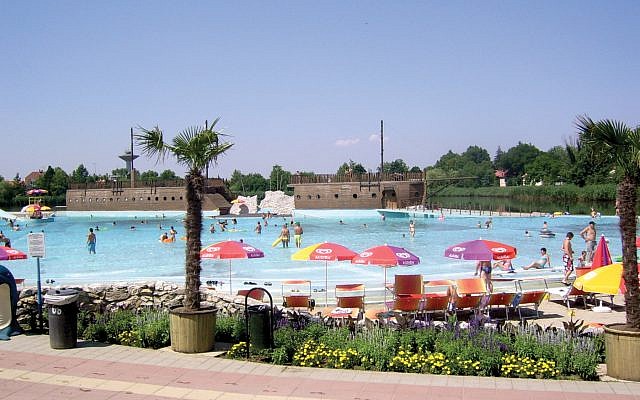 Few tourists visit Debrecen, Hungary’s second-largest city. Those who do are rewarded on Pásti Street by the very unusual sight of a wavy, pink-and-cherry façade that looks like a cake from the local pastry shop.

Look up, and you’ll see a replica of Ten Commandment tablets on the roofline — a hint that this is not a fairy palace or baker’s fantasy, but a house of worship.

The intrepid who venture to this onetime Hapsburg outpost will be rewarded by a rich, aesthetically quirky Jewish culture, along with the continent’s finest mineral baths. Hungary’s grand prewar temples are undergoing a wave of restoration, and the pink, fin-de-siècle synagogue of Debrecen is just one of several prime examples.

In the countryside just outside town, visitors can cool off at Hungarospa, the largest recreational water complex in all of Europe.

Debrecen, a university city of 200,000, lies roughly equidistant between Budapest, the Transylvanian city of Cluj-Napoca, Romania and Kosice, Slovakia — all of which boast significant Jewish heritage. (Debrecen actually surpassed Budapest in size during the 19th century, and was briefly Hungary’s capital during the 1848 Revolution and again toward the end of World War II.)

The Pásti Street Synagogue is testament to that heritage. Built in the 1880s, it was dedicated in the first decade of the 20th century, when the city’s 10,000 Jews constituted 10 percent of its total population —impressive growth for a community that had coalesced only a century earlier, creating a distinctively hybrid Magyar-Jewish identity. 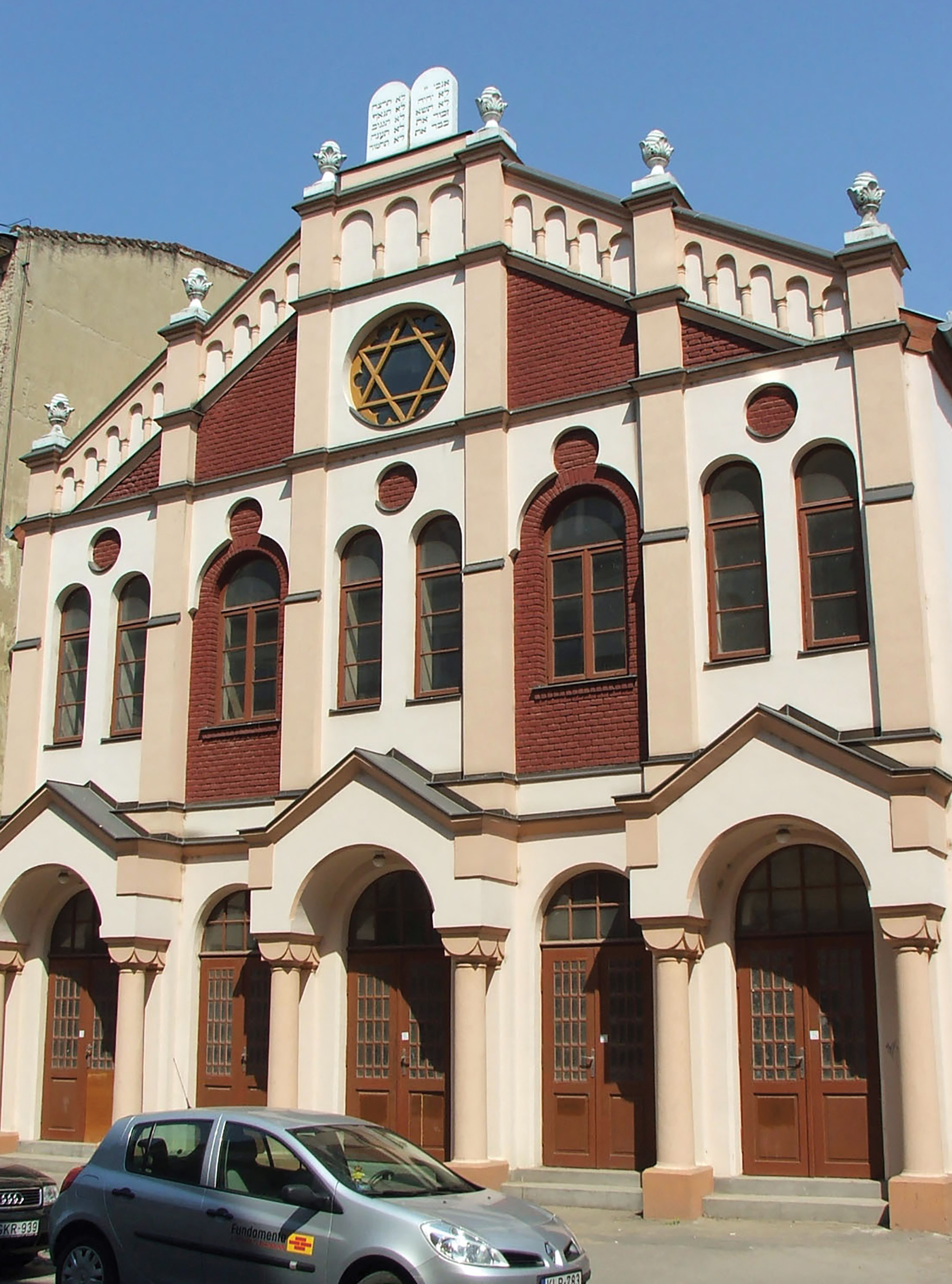 The Pásti Street Synagogue in Debrecen.

Following a comprehensive restoration, the shul everyone calls the Orthodox Synagogue reopened in 2015 as a heritage site and cultural center. Inside, the butter-yellow sanctuary boasts rows of riotous red stars and seats in Yves Klein blue. A permanent historical exhibition aims to illuminate Debrecen’s Jewish past, while rotating art is on view in a gallery.

Between forced labor, concentration camps and the city’s Jewish ghetto, the Holocaust killed 6,000 local Jews. They are memorialized in the courtyard in back of the synagogue, where mostly Magyar-sounding names are inscribed on a black metal wall.

Like most of the newly restored shuls around Central Europe, the Pásti Street shul is a relic from an era when thousands of worshippers filled the pews. Despite a substantial and active postwar Jewish population in Debrecen — in Hungary, it is second only to Budapest’s — the numbers are no longer sufficient to fill both the grand Orthodox synagogue as well as the so-called Status Quo Ante synagogue, a few blocks away on Kápolnás Street.

So the Orthodox temple serves mostly as an exhibition space and cultural center; its onetime mikvah will be reborn as a kosher winery; an erstwhile kosher butchery will showcase modern art. Today, religious services take place at the Status Quo Ante Synagogue, whose intriguing name refers to a distinctly Magyar middle-of-the-road Judaism — a let’s-not-rock-the-boat 19th-century compromise between traditionalists and modernizers.

Fittingly, the Status Quo Ante shul is less showy than its neighbor. Domed and wide, with a simple, golden-beige exterior, its Moorish-style edifice re-opened in 2014 after a full-scale renovation and now hosts a variety of communal events.

Debrecen’s best-known museum, the Déri, is well worth a visit. It’s an eclectic mashup of archaeological treasures, antique weaponry, Japanese samurai memorabilia, vintage pharmacy equipment, noblewomen’s tiaras and vintage Hungarian paintings (and that’s only a partial list.) What it may lack in English signage, the Déri more than makes up for in whimsy.

Like the rest of Hungary, Debrecen sits atop bubbling mineral waters that fuel a lively spa culture. Ranging from Ottoman-style baths to sprawling outdoor water parks, spas offer a sociable, authentically Hungarian respite from the rigors of city life.

Just a few miles west of Debrecen is Hungarospa, which is essentially the Louvre of water parks — and a can’t-miss destination for anyone who likes to swim. Hardy Hungarians (and lots of Slovakians and Germans) come in rain, shine and even snow to soak in three indoor and four outdoor temperature-controlled pools, and indulge in treatments like massage and steam therapy.

From May through September, thousands frolic outdoors among 13 themed swimming pools — including several for children and a palm-lined, artificial sand beach and volleyball and tennis courts. The crown jewel of Hungarospa is the Aquapark, Hungary’s largest waterpark, a mini-city of towering slides, tunnels and life-sized crocodile and elephant replicas.

African wildlife on the flat plains of Eastern Hungary? As with that frothy pink synagogue, Debrecen’s charms lie in the unexpected.