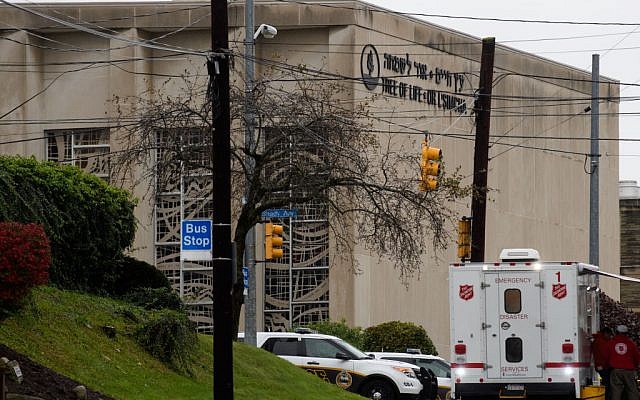 The scene of a mass hooting at the Tree of Life Synagogue in the Squirrel Hill neighborhood on October 27, 2018 in Pittsburgh, Pennsylvania. Getty Images

The brutal shooting in a Pittsburgh synagogue on Saturday did not occur in a vacuum. From January until September 2018, over 50 anti-Semitic incidents were reported in Pittsburgh, according to a recent Pittsburgh Jewish Chronicle report.

According to the report, the largest number of incidents occurred in Pittsburgh’s heavily Jewish Squirrel Hill neighborhood — the location of the shooting that killed 11 in the Tree of Life Conservative synagogue Saturday — as well as the adjacent Shadyside neighborhood.

Since January, there have been reports of white supremacist flyers posted throughout the city by groups Patriot Front and Identity Evropa. 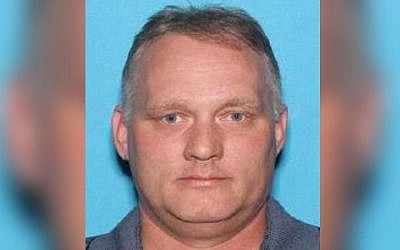 Orsini, who could not be reached by The Times of Israel for comment Saturday, was hired two years ago by the Jewish Federation. He told the paper that he was tracking threats online with the Law Enforcement Enterprise Portal, which he called a “virtual command center run the by the FBI.”

According to the Anti-Defamation League’s Audit of Anti-Semitic Incidents, 2017 was marked by a sharp uptick of white supremacist incidents, including the August 2017 Unite the Right rally in Charlottesville, Virginia. The Patriot Front and Identity Evropa, to whom the white supremacist flyers discovered in Pittsburgh were attributed, both marched in Charlottesville.

The ADL’s audit states that there were a reported 1,986 anti-Semitic incidents in 2017, up from 1,267 in 2016. “The 1,986 total incidents can be subdivided into three major categories: (1) harassment (where a Jewish person or group of people feel harassed by the perceived anti-Semitic words, spoken or written, or actions of someone else); (2) vandalism (where property is damaged in a manner that indicates the presence of anti-Semitic animus or in a manner that victimizes Jews for their religious affiliation); and (3) assault (where people’s bodies are targeted with violence accompanied by expressions of anti-Semitic animus),” states the report.

Also in September, Orsini said that while Pittsburgh Jews are not at a greater risk than other communities, “I think it is important for people to realize there are groups out there that would like to see harm to the Jewish community… there are concerns that I have.”