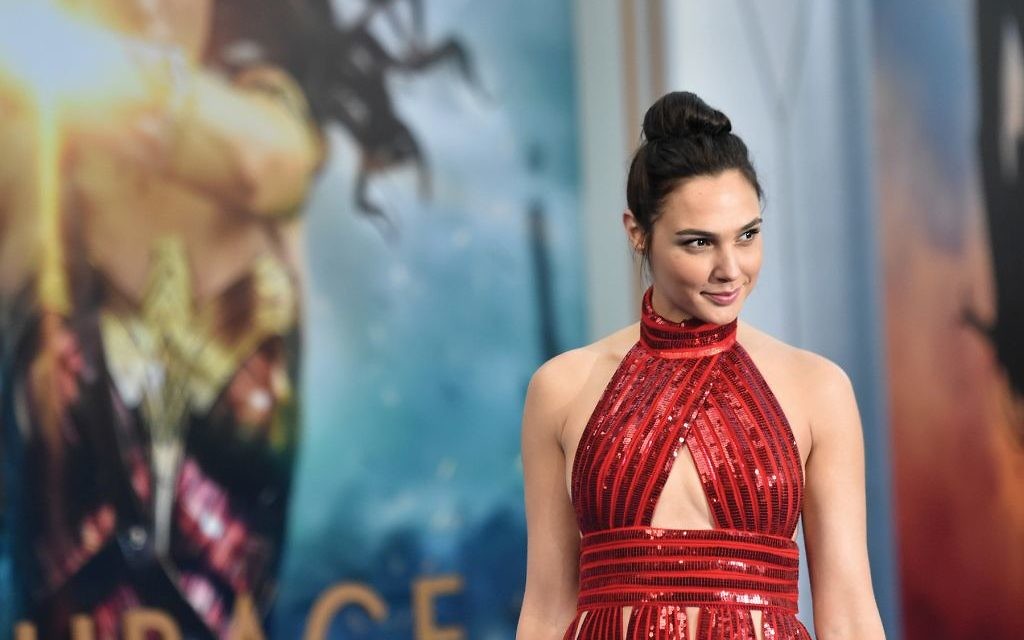 Gal Gadot, with her Wonder Woman persona behind her, at the film’s opening in Hollywood. She’s “a gift from heaven,” says an Israeli-American communal leader. Getty Images

Yonatan Gutfeld has an Israeli accent. Now that he’s singing for American audiences, Gutfeld — a Brooklyn-based, Israeli-born singer/songwriter and multi-instrumentalist — has been working hard to tone down the guttural articulation.

Or he had been, until Wonder Woman Gal Gadot came along, her Israeli accent speaking volumes. “She talks English without trying to sound American — she comes as she is,” Gutfeld observed. “It sounds so natural, so effortless, that it’s sexy.”

Gutfeld is not alone in experiencing what you might call the Gadot Effect.

“It sounds so natural, so effortless, that it’s sexy.”

Conversations with about a dozen Israeli-American actors, singers and communal leaders reveal that Gadot’s recent breakthrough is already making a small but real impact on the lives of Israeli-Americans, particularly those in show biz.

“In the circles I move in, it’s not always advantageous to identify as an Israeli,” Shira Averbuch, an Israeli-American stage actress and singer, told The Jewish Week. Averbuch, who grew up in both Israel and the U.S. and speaks both languages without an accent, normally doesn’t let on to fellow thespians that she’s an Israeli.

But now that Gadot put such a positive spotlight on Israeliness, Averbuch said, “maybe I feel a little more at ease.”

The blockbuster film — “Wonder Woman,” with Gadot as the warrior goddess, Krav Maga-kicking Diana, has grossed nearly $600 million in its first three weeks — is having an impact on Israeli-American communal life as well. The Israel American Council (IAC), the national umbrella organization for the country’s 500,000 or so Israeli Americans, is, not surprisingly, hopping on the Gal bandwagon with Wonder Woman-themed programming in the planning stages. In terms of Israeli-American pride and Israel’s often battered image, Gadot “is a gift from heaven,” said Shoham Nicolet, IAC’s co-founder and CEO, in a phone interview translated from Hebrew. 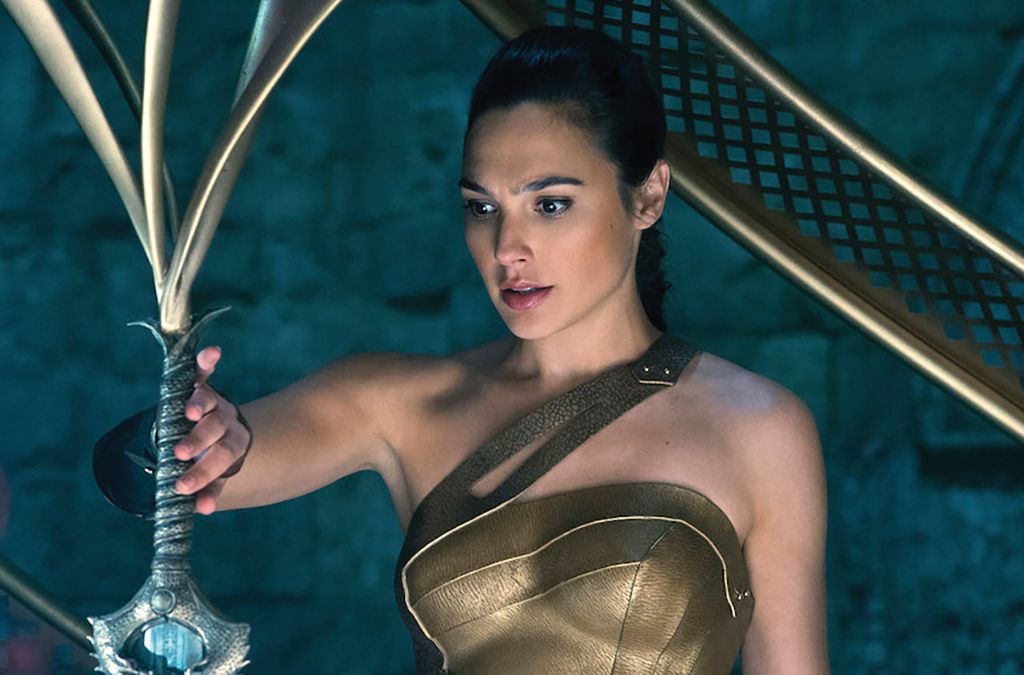 Waiting for Gadot: Israelis have waited a long time for a star like Gal Gadot. DC Films

For Gutfeld as well, there’s been some divine intervention at play.

“Like A Baby Yet To be Named,” a musical play by Israeli-American educator Misha Shulman, directed by Michael Posnick and with scores composed and performed by Gutfeld, is one of Gutfeld’s first English-speaking gigs. During rehearsals, his Israeli accent — particularly his chronic mispronunciation of the word “God” — ruffled director Posnick so much that he initiated diction lessons.

“So for two hours I sat there with all my attention going to saying ‘Gaawwd’ instead of ‘God,’” said Gutfeld, who is still not getting it right. But after seeing Gadot play Wonder Woman in full Sabra mode, accent and all, he began asking himself, “‘Why am I doing this?” People understand what I’m saying … they also understand that I’m not from here, that I’m an Israeli, and that this is how I talk. What’s so wrong with that?”

Recently, in a live show in Manhattan’s Lab/Shul, critics be damned, Gutfeld reverted to his Israeli natural dialect. He called the experience “liberating… It’s like I can finally be myself,” he said.

Israel reacted to Gadot’s new A-list status with a lovefest bordering on manic. A stories-tall “Wonder Woman” billboard with the words “Gal Gadot, we love you” emblazoned across it overlooks Tel Aviv’s main highway. Photos of the Azrieli Towers alight with the Hebrew message “We are proud of you, Gal Gadot, Our Wonder Woman” were circulated by news sites around the world; they were later reported by an Israeli news site to be fake, but the gesture lived on. The national fervor was fed when Lebanon and Tunisia banned the film over Gadot’s 2014 Facebook post supporting IDF soldiers in the Gaza war; Israelis rallied behind her in a truly rare show of unity.

Israel’s minister of transportation, Israel Katz, went so far as to name one of the quarrying machines digging Tel Aviv’s subway tunnels “Wonder Woman,” for being “groundbreaking.” Every American late-night talk show Gadot has been on has become Israeli primetime news; in Israeli cinemas, “Wonder Woman” audiences reportedly regularly break into cheers and tears.

Gadot’s popularity is breaking records in international markets as well. A web analysis published by the Israeli audience data company Taykey found that 95 percent of her online mentions were positive, with 4 percent neutral and only 1 percent negative — a rare public relations bonanza for Israel. That’s high on the positivity scale for any celebrity, and “unrivaled” for an Israeli.

Wonder Woman “has a distinctly Israeli fragrance to her.” – Dani Dayan

All this matters because Gadot’s Wonder Woman is not only played by an Israeli; as she is seamlessly merged with Gadot’s own Sabra persona, she is an Israeli. Headstrong, mouthy and guileless, Wonder Woman speaks English like an Israeli, argues like an Israeli, interacts with her mild-mannered American boyfriend like an Israeli and is bewildered like one by formal social niceties. Wonder Woman “has a distinctly Israeli fragrance to her,” said Dani Dayan, Israel’s consul general here. In a phone interview with The Jewish Week conducted in Hebrew and translated, he noted that “even when you watch her [Gadot] on TV, with Jimmy Fallon and what’s his name, the redhead — Conan O’Brien — her Israeliness is unmistakable. It’s just who she is.”

Gadot is a “testimony to the success of the Zionist revolution,” Dayan continued, a prime specimen of “a society of young, Israeli-born people who have the utter self-confidence of growing up in an independent, giving Jewish state … and the conviction to go out and challenge the world.” As for Lebanon and Tunisia, “in two words — who cares?” said Dayan, who is himself unmistakably Israeli.

Still, expecting “Wonder Woman” to make a dent in Israel’s image problem is taking things a step too far. “Israel is benefiting from Gadot’s acting career, but this isn’t a watershed moment,” Dayan qualified. “It’s nice, it’s something to be proud of — but it’s not a historical change for Israel.” 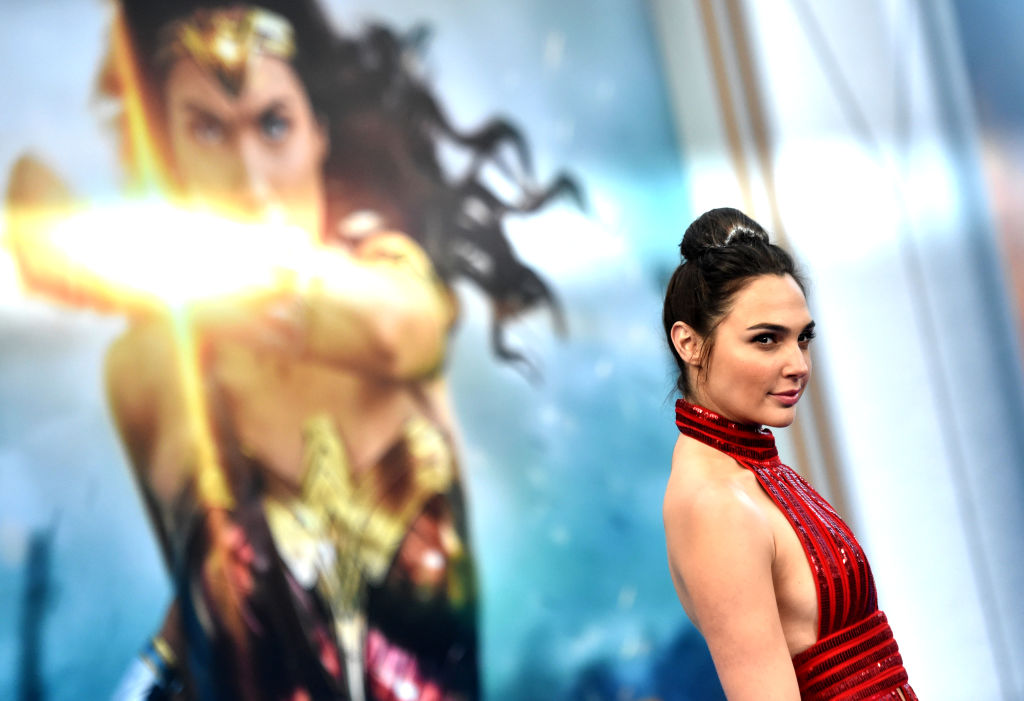 Actress Gal Gadot arrives at the Premiere Of Warner Bros. Pictures’ “Wonder Woman” at the Pantages Theatre on May 25, 2017 in Hollywood, California. Getty Images

For Israeli-Americans, though, Gadot is huge. “I always say that the power of many outweighs the power of one,” the IAC’s Nicolet said. “In this case, Gal Gadot, without intending to and without putting in too much effort, managed to wield more influence and have a bigger impact than the entire organization.”

The experiences of Israeli-American actors and public speakers are good indicators of how the community might benefit from Wonder Woman being one of their own. But there are other things to consider too, Nicolet suggests. Part of the goal of the IAC “is to build an engaged and united Israeli-American community that strengthens the Israeli and Jewish identity.” One of the obstacles that has always stood in its way was the fact that the Israeli identity — that set of qualities which is so much a part of both Wonder Woman and Gadot, and “is exactly what defines and unites us as Israeli Americans” — is often seen here as a form of provinciality, if not outright callousness. Often, Israeli-Americans’ attempts to assimilate and “tone down” their Israeliness have resulted with them distancing themselves from their common essence, from each other and from Israel. 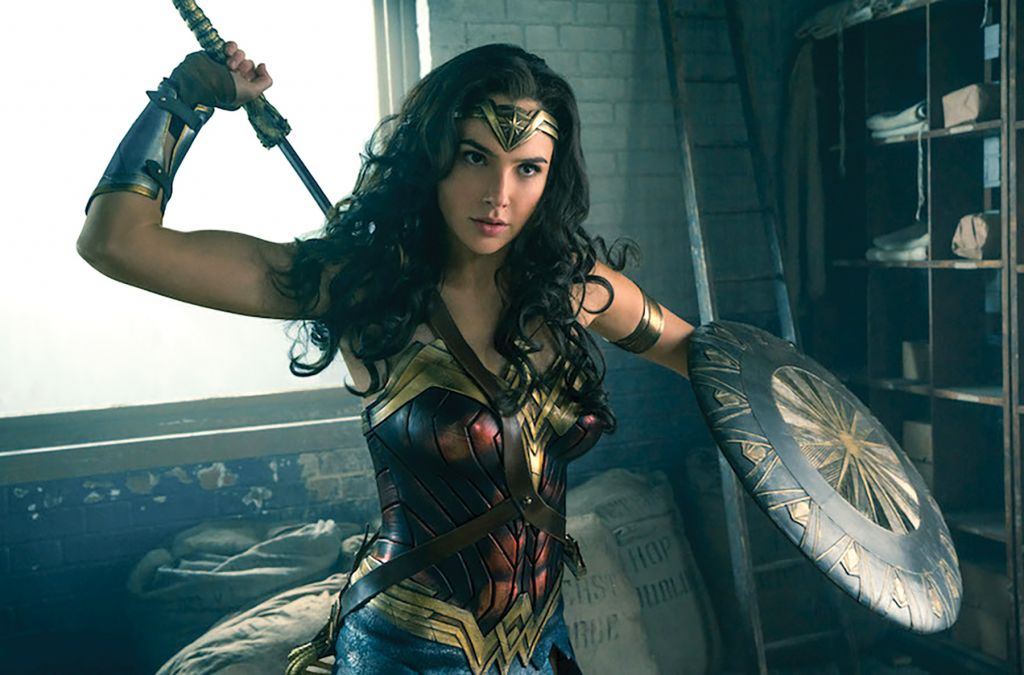 In this aspect, Nicolet surmised, “This movie is a gift to us. This character Gal Gadot is playing, with all her Israeli traits … she took what was perceived so far as a set of weaknesses and turned it into a set of strengths.”

Seizing on the moment, the IAC is planning a Wonder Woman-themed evening as the centerpiece of its upcoming annual national conference on Nov. 3. Showcasing Israeli-American “Wonder Women.” Potential speakers include violinist Miri Ben-Ari; Oracle co-CEO Safra Catz; co-founder of the online education platform Coursera, Daphne Koller and, of course, Gadot herself. All the invitees have yet to confirm.

Once the summer hiatus is over, Nicolet expects that “Super Woman”-themed activities will become an integral part of the organization’s programming. Also, he expects that adding Wonder Woman to the roster of influential Israeli-Americans will help push through a House of Representatives resolution, engineered by the IAC, to recognize Israeli-American heritage. Introduced in April by New York Reps. Lee Zeldin (R-Suffolk) and Grace Meng (D-Queens), the resolution would have the House affirm “that the Israeli-American community has contributed immensely to American society and culture.”

All of which leads to the question: Aren’t we making just a little bit too much of this “Wonder Woman” thing?