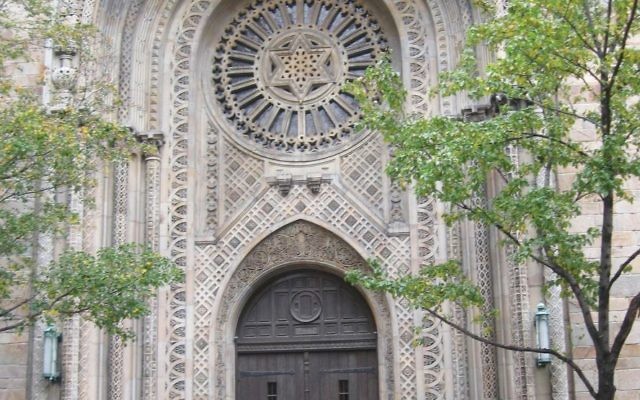 A swastika was drawn on a church in New York City that has shared space with a nearby synagogue.

The swastika was found at the bottom of the doorway of the Methodist Church of St. Paul & St. Andrew on Manhattan’s Upper West Side on Wednesday, according to the West Side Rag. The church as shared space with B’nai Jeshurun, a local liberal synagogue, since 1991.

It appeared to be drawn with a felt-tip pen and was found as two of the church’s pastors were attending a local interfaith rally against white supremacy and hate in response to the recent white supremacist rally in Charlottesville, Virginia. The swastika was drawn underneath a banner that said “hate has no home here” in multiple languages, including Hebrew.

“We obviously don’t know what motivated this, but we will continue to speak out against hate, hate speech and anti-Semitism, particularly in light of the recent events in Charlottesville and the approaching Jewish High Holy Days,” said a statement by the church’s senior pastor, Rev. K Karpen, according to the West Side Rag.