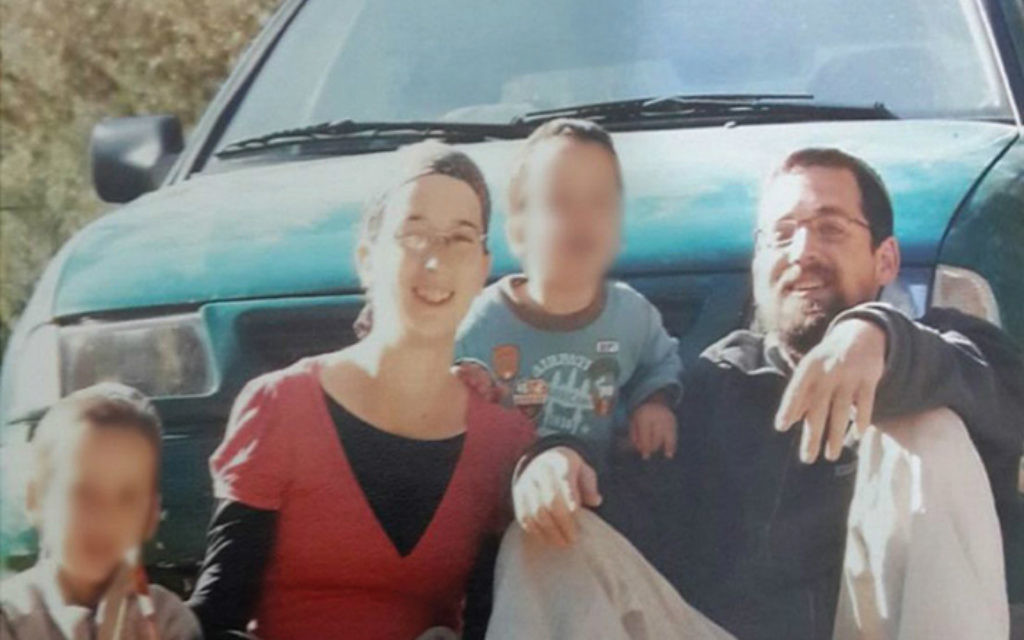 Jerusalem — The members of a terror cell responsible for the murder of an Israeli couple whose four children were in the car at the time of the attack were arrested.

The five-member terror cell affiliated with Hamas in Nablus in the West Bank were arrested Monday during a joint operation conducted by the Shin Bet security agency, the Israel Defense Forces and the Israel Police, according to statements released by the security agencies.

Following the announcement of the capture of the terror cell, U.S. State Department spokesman Marc Toner confirmed that Rabbi Eitam Henkin, who with his wife Na’ama was killed in the attack, was an American citizen. He was the son of Rabbi Yehuda and Chana Henkin who moved to Israel from the United States in the 1970s and in 1990 founded Nishmat, an institute for advanced Torah study for women in Jerusalem.

Each of the Palestinian men arrested had a defined role in the attack, the Shin Bet said in a statement announcing their capture. One checked the route, three were in the vehicle used in the attack — a driver and two gunmen, and a cell commander, who was not in the vehicle. Several additional suspects have been arrested on suspicion of aiding the cell, according to the Shin Bet.

During questioning, the cell members said that after they opened fire on the car carrying the Henkin couple and their four young children, they left their vehicle and approached the Henkin’s car and fired on the couple at close range.

During the shooting, one of the cell members was accidentally shot by one of his colleagues and dropped his pistol, which was left at the scene and found by Israeli forces. After carrying out the shooing, the terrorists fled toward Nablus, according to the Shin Bet.

The cell members also said that they had been involved in two shooting attacks in recent weeks, neither of which resulted in casualties.

“We are acting with a strong hand against terrorism and against inciters,” Netanyahu said. “We are operating on all fronts. We have brought an additional four IDF battalions into Judea and Samaria, and thousands of police into Jerusalem. The police are going deeply into the Arab neighborhoods, which has not been done in the past. We will demolish terrorists’ homes. We are allowing our forces to take strong action against those who throw rocks and firebombs. This is necessary in order to safeguard the security of Israeli citizens on the roads and everywhere.”

Netanyahu added: “We are not prepared to give immunity to any rioter, inciter or terrorist anywhere; therefore, there are no restrictions on the action of our security forces. We will also lift restrictions regarding action against inciters.”

Netanyahu thanked Israel’s security forces “who have been working around the clock for our security; they are doing excellent work. They have full backing from me and from the government. We are in a difficult struggle but one thing should be clear — we will win. Just as we defeated previous waves of terrorism, we will defeat this one as well.”

On Tuesday, Netanyahu visited the site of the deadly attack and ordered the deployment of security cameras on all West Bank roads.

Netanyahu, accompanied by Defense Minister Moshe Yaalon and the military’s chief of staff, Lt.-Gen. Gadi Eizenkot, toured the site on Tuesday near the West Bank settlement of Itamar before holding a security discussion with local commanders.

“The focus of this visit is active defense along the roads,” Netanyahu said following the meeting. “A significant portion of the attacks are taking place along main roads, and we have agreed here on a very serious plan in which we will deploy ground and aerial cameras on all roads in Judea and Samaria, with command and control centers, communication centers and fast response times.

“This change can significantly enhance our ability to thwart such attacks and of course to locate the perpetrators. This is a very, very important element in restoring security.”

Netanyahu called on West Bank leaders “to act responsibly, to be precise. We are in an ongoing struggle. Such a struggle does not require harsh criticism, it requires a lot of strength, a resolute attitude, much composure and thoroughness — this is what we are doing.”

The visit to the West Bank came hours after thousands of right-wing protesters rallied outside of the prime minister’s official residence in Jerusalem on Monday night calling for increased security in the West Bank and Jerusalem in the wake of recent terror attacks. The protesters also called for new settlements to be set up in the West Bank in response to the attacks.