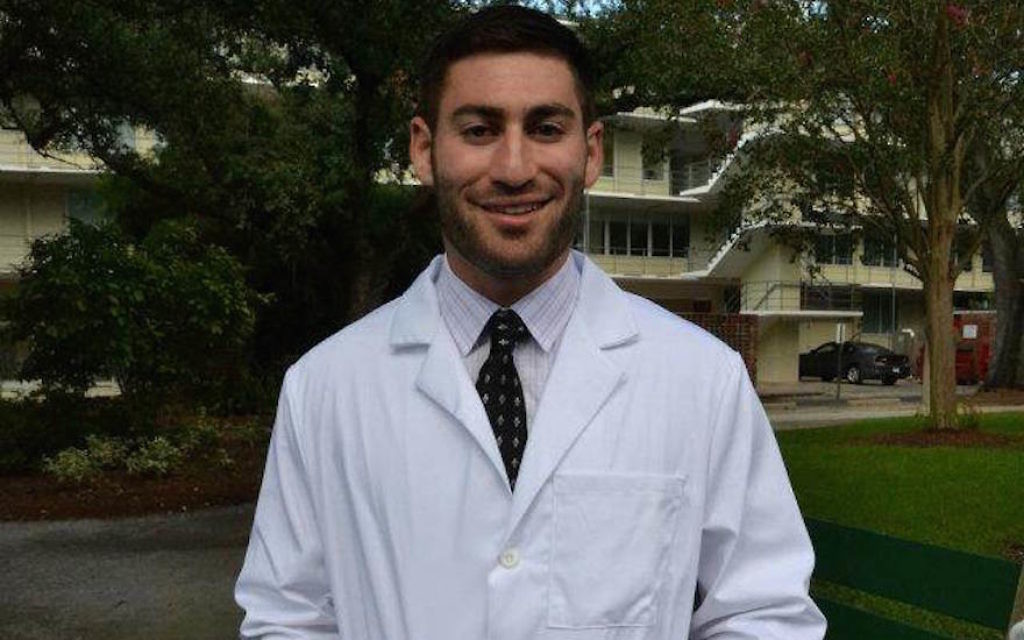 New Orleans police said the man they arrested in the shooting of a Jewish medical student has confessed.

Euric Cain, 21, was arrested Monday morning and is accused of attempted murder, kidnapping and armed robbery, Louisiana’s The Advocate reported.

Cain allegedly shot Tulane University medical student Peter Gold, 25, early on Friday after Gold, who had been driving past, intervened upon seeing Cain dragging a woman to his sport utility vehicle.

As Gold crouched at the victim’s side in an effort to help her, the assailant jumped out of a sport utility vehicle, pointed a semi-automatic weapon at Gold and demanded money. When Gold replied that he had none, the assailant shot him in the stomach, police said. He then repeatedly tried to shoot Gold in the head, but when his gun jammed, the assailant grabbed the woman’s purse and escaped in his car.

At a news conference Monday afternoon, police said Cain had confessed to the shooting and that his girlfriend, Nictoria Washington, 17, has also been arrested and charged with being an accessory.

Cain’s criminal record includes an arrest earlier this month for possessing a cellphone stolen in a carjacking, as well as arrests for possession of stolen vehicles and weapons.

Gold is hospitalized in “guarded condition,” Reuters reported Monday, noting that his prognosis is uncertain. The police said his condition is improving, according to the Advocate. The woman whose kidnapping he prevented was released from the hospital after being treated for minor wounds.

Tulane, where Gold is a fourth-year medical student, announced Saturday that it was offering a $10,000 reward for information leading to the arrest and indictment of the assailant, Live 5 News reported.