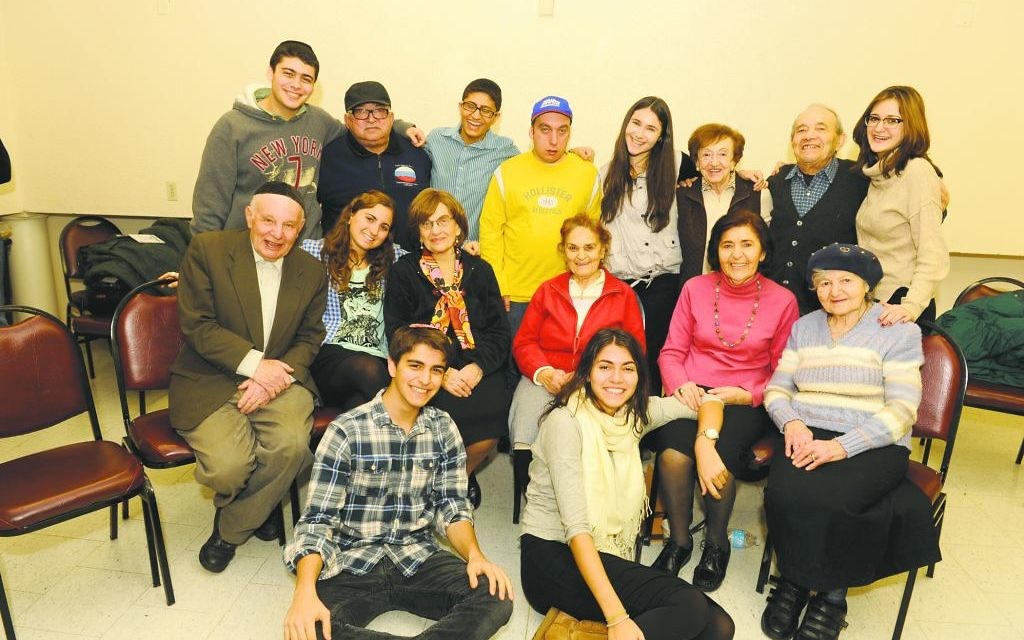 As searing as hearing Holocaust testimony can be, high school students at the Yeshivah of Flatbush have found an even more powerful way to connect to the trauma of survivors: acting out their stories.

Well established in Israel over the last decade by JDC-Eshel, the elderly services division of the American Jewish Joint Distribution Committee, the Witness Theater program comes to New York next week under the aegis of Selfhelp, a Brooklyn-based social services organization for survivors. A free public performance will take place at the Yeshivah (1609 Ave. J; [212] 971-7750 for info) on Sunday, April 7 at 7 p.m., on the eve of Holocaust Remembrance Day.

Rehearsals for the performance have been underway since the beginning of September, as 10 survivors and 13 students have been working under the guidance of a director, Marius Zilberstein, and a drama therapist, Sally Shatzkes. The script has emerged from the survivors’ riveting stories; at each session, survivors recounted a part of their experience and then the students, with whom the survivors were paired, would retell these stories to the group. A variety of drama-based therapies have enabled the survivors to open up about experiences that some may have never talked about before.

Coordinating the project is Adeena Horowitz, a social worker at Selfhelp, which receives major funding from the Claims Conference and from UJA-Federation of New York. In an interview, Horowitz told The Jewish Week that “the impact on the students is so different and much more personal than just hearing the survivors speak.” Much of the power of the program comes from the fact that the survivors were themselves children and teenagers during the Second World War.

Horowitz noted that Witness Theater is gaining popularity in the United States; it premiered in 2009 in Boca Raton (under the direction of performer Avi Hoffman) and this year debuts in Detroit in addition to New York. What makes the program especially moving, she affirmed, is the depth of connection among the participants.

“The bonds between the survivors and students are magical in a way that I’ve never seen in any other intergenerational program,” she said. At the conclusion of a recent rehearsal, Horowitz recalled, “some of the students and survivors broke down, cried, and were holding hands and consoling each other.”

Shterna Isseroff, 17, noted that her participation in the program “has opened me up to the history of our people and enabled me to be a spokesperson of our hardships.” Further, she added, “It has allowed me to encounter voices, images and feelings from the past and meet amazing survivors I would otherwise never have gotten to know.”