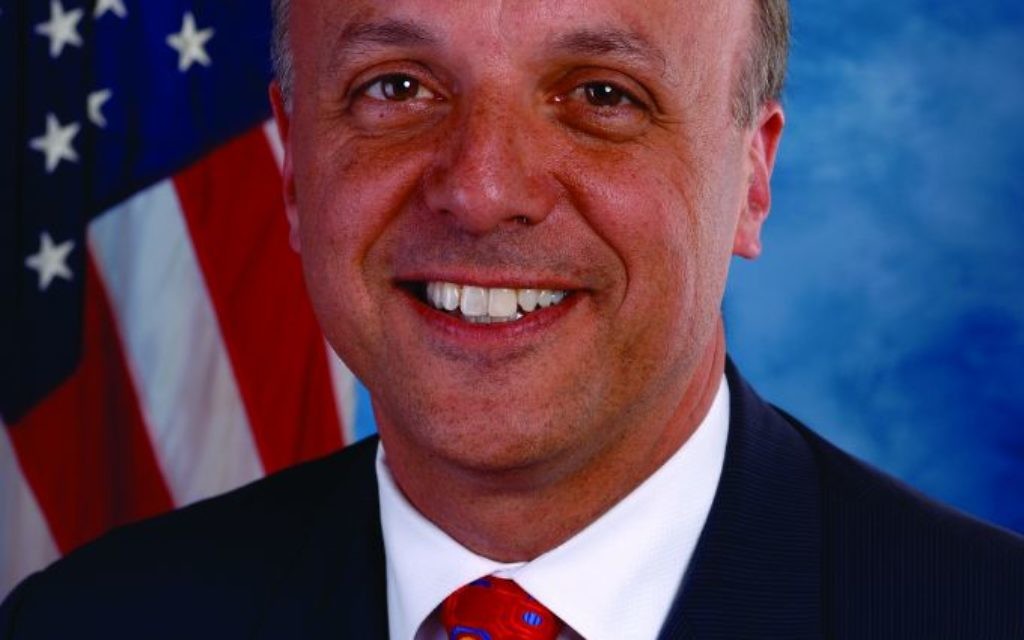 Ted Deutch, a Democratic member of the House from Florida, is co-chair of the bipartisan Congressional Study Group on Germany, which is dedicated to frank dialogue between American lawmakers and their peers in Germany. Deutch and Florida Republican Rep. Ileana Ros-Lehtinen have co-sponsored a pending House resolution calling upon Germany to “fulfill its moral responsibility to Holocaust survivors and urgently provide the financial resources necessary to ensure that survivors live in dignity and comfort in their remaining years.”

Q: I understand you had a chance to discuss the plight of survivors with German Chancellor Angela Merkel in Berlin?

TD: I had a meeting with the chancellor when we were in Germany in May of last year. There are a lot of issues that are part of the U.S.-German relationship, including refugees, security issues and a range of foreign policy issues. I pointed out that I represent a large number of survivors and while the German government has made a significant commitment to survivors throughout the years, as they age their needs are greater than ever. I said this is the last opportunity to ensure that resources are devoted so that survivors can live out their lives in dignity. She had just returned [from a ceremony at the German concentration camp] at Dachau and she spoke powerfully of what it meant for her to hold the hands of a survivor and of a liberator and to be reminded of the responsibility that she feels and that the country feels.

What has happened since then?

There has been an exchange of letters [with the German Finance Minister] and I hosted a [German parliamentary] delegation in South Florida where we had a chance to spend some time with survivors and officials of my local Jewish family service [to talk] about how dire the needs are.

One survivor group is saying it will take billions more to meet the medical, mental and homecare needs of aging survivors. Do you agree?

Survivors face a unique set of challenges that other seniors don’t face. Congregate living is difficult for survivors to consider given their experiences, so we want to make sure they can live independently at home and have the necessary homecare, medical and mental health care they need. We cannot wait any longer to ensure they receive it. There are limitations currently on the number of hours survivors are eligible to receive for homecare. It’s 25 hours a week. For a 90-year-old survivor who needs round-the-clock care, the 25-hour limit is unconscionable. And so many of them don’t have relatives who can care for them.

I think — to put this as simply as possible — if an infirm 90-year-old needs round-the-clock care, his or her needs deserve to be met.

What do you think of the practice of means testing by Jewish agencies to determine how much care they will provide each survivor?

First and foremost there shouldn’t be artificial limits imposed — the needs of survivors should not be constrained by those limits. The reason the providers have had to figure out how to stretch their dollars is because the number of dollars has been limited by these artificial limits. There is no question that as the survivor population ages into their 90s their needs will be dramatically bigger. It shouldn’t be up to Jewish family service providers and others to figure out how to make the limited dollars work. They ought to ensure that every survivor receives all of the care he or she needs. They ought to be receiving what they need in order to live out their lives in dignity.