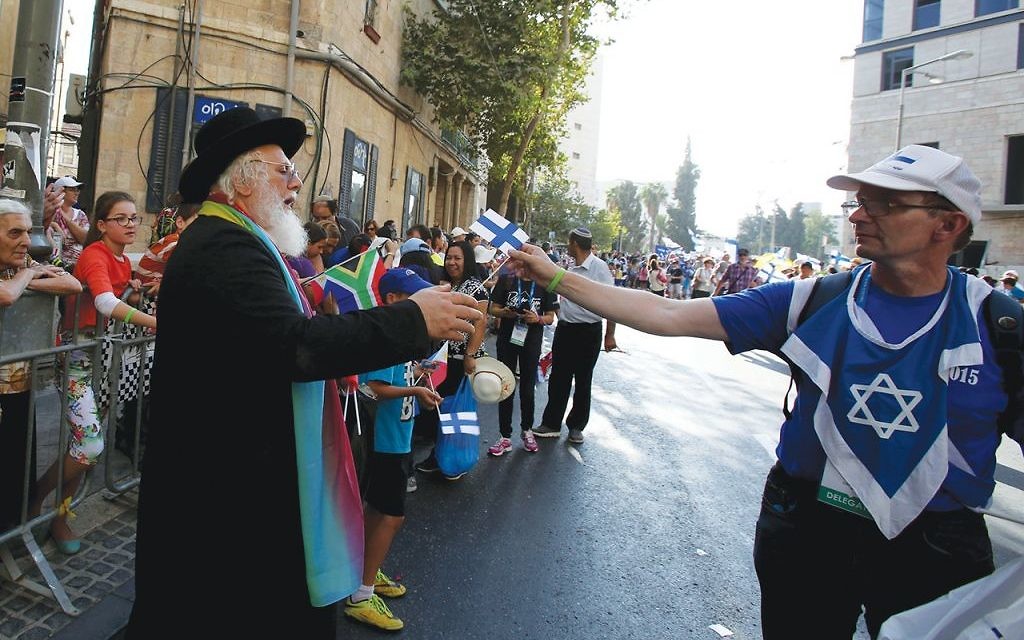 Just as the Jews of Israel and Jewish visitors from abroad observe an ancient tradition during Sukkot, the world’s Christians have their own, more modern, Sukkot tradition — marching through the streets of Jerusalem en masse to show their support for the Jewish state.

Under the auspices of the International Christian Embassy, tens of thousands of Christian men and women, mostly evangelical Protestants, travel to Israel at this time each year to declare their love with song and dance and prayer.

Sam Modise, a Baptist minister from South Africa, told The Jerusalem Post he “came to celebrate and to forge strong links to the Jewish people here — to pray for Israel, to love the people, and take the lessons back home to share a positive story about this country.

“I identify with Israel’s struggle as a nation for survival,” he said. “I have learned so much from this trip — more than I ever learned from reading history books or about Israel in the newspaper.”

Esther and Stanley Landsman, a Modern Orthodox couple from Forest Hills, Queens, said they appreciated the Christians who “came here to show solidarity with us … We hope that they continue helping Israel.”

This year, as in the past, the march drew its share of criticism. Chief rabbis David Lau and Yitzhak Yosef, fearing Christian missionary activity, warned Jews to stay away. But Aryeh Stern, chief rabbi of Jerusalem, said he received that March participants would not engage in missionizing.

Among the Jewish participants in the march was Israeli President Reuven Rivlin. And Prime Minister Benjamin Netanyahu, in a videotaped message, declared that, “Israel has no better friends throughout the world.”