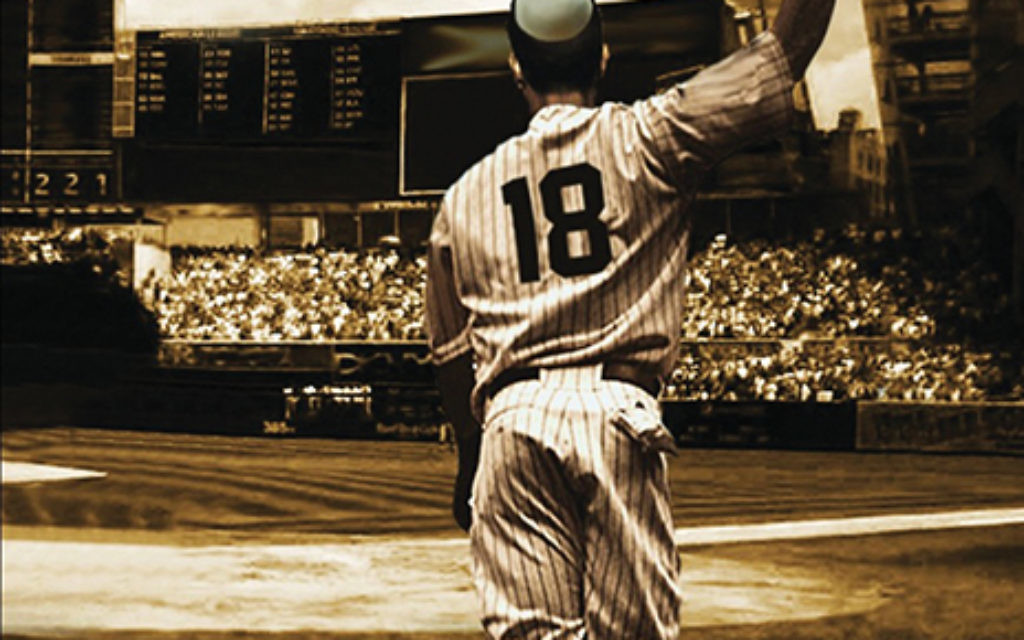 Baseball fans will enjoy “The Season of Pepsi Meyers,” a novel by Abie Rotenberg (Audley Street Books), about an 18-year-old Jewish baseball player who helps to revitalize the Yankees in the year 2040. The book is both a story of the game and a spiritual coming-of-age.

A first novel, “Nine Women, One Dress” by Jane L. Rosen (Doubleday), is the lively and entertaining story of nine women from very different backgrounds who, unknown to each other, are connected by the same perfect little black dress. The novel is grounded in the story of a pattern maker in the Garment Center, a Holocaust survivor who opens his own dress house, and one of the last in the business to do work entirely by hand.

The latest title in the Jewish Lives series, “Louis D. Brandeis: American Prophet” by Jeffrey Rosen (Yale University Press), is a biography of “the Jewish Jefferson,” as the author refers to the first Jewish Supreme Court Justice who became a leader of the American Zionist movement. The biography is published on the 100th anniversary of Brandeis’ Supreme Court confirmation.

“The Bridge Ladies” (Harper Wave) is Betsy Lerner’s affective memoir of reconnecting in a powerful way with her elderly mother when she starts taking part in her mother’s Bridge Club, ongoing for 50 years with the same group of women, now in their 80s — all Jewish, college-educated homemakers who married young and stayed married (all but one were widows). Lerner, a former book editor, now a literary agent and a beautiful writer, joins the game when circumstances bring her back to her childhood home. These women will be familiar to readers, and their presence in each other’s lives — and in the author’s — is full of gentle wisecracks and wisdom, and is something to be cherished.

A summer visit on Shabbat or any time to Central Park will be enriched by reading “Central Park: Trees and Landscapes: A Guide to New York City’s Masterpiece” by Edward Sibley Barnard and Neil Calvanese (Columbia University Press),

A brief, unforgettable memoir that was a bestseller in France, “But You Did Not Come Back” by Marceline Lordan-Ivens, translated by Sandra Smith (Atlantic Monthly Press), is addressed to the author’s late father. When she was 15, she and her father were arrested in occupied France and he managed to send her a note when they were separated at concentration camps. She survived, but he did not, and she has said that his death overshadowed all of her life. The author, an actress, screenwriter, director and activist, can still see the note and its slated script, but doesn’t remember the exact words, only that it probably spoke of hope, and arrived too late.

“The Last Woman Standing: A Novel of Mrs. Wyatt Earp” by Thelma Adams (Lake Union) is based on the true story of Josephine Sarah Marcus, an adventurous daughter of Jewish immigrants who was lured to the frontier by a man who ultimately betrayed her. She then found romance and an eventful life together with the legendary lawman and entrepreneur Wyatt Earp.

“Fat Chance” by Aviva Orenstein (Quid Pro Books) is a first novel by a law professor who comes from a family of rabbis. Set in a suburban Jewish community, Orenstein’s heroine is a single mother with a great job and a quirky sense of humor. As she’s dealing with the loss of her father, the tsuris of teenage son and the never-ending struggling with her weight, she finds her way to better times, to feeling newly comfortable, as she says, in her ample skin.

Arlene Heyman’s stories were written over a period of 30 years, beginning when she was a student of Bernard Malamud’s at Bennington College. In her debut collection, “Scary Old Sex” (Bloomsbury), Heyman, a psychiatrist, looks deeply and knowingly into the messiness of lives — complex relationships, intimacy, aging and sex, and what is often unspoken. Many of her characters are older women. Her story, “In Love With Murray,” is dedicated to Malamud’s memory. ✹