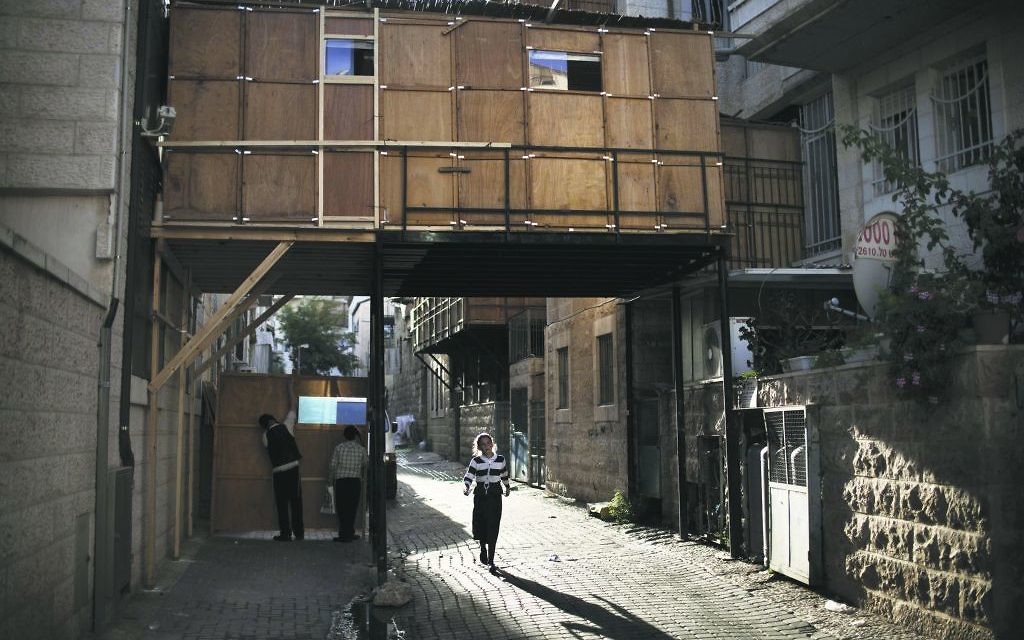 In Israel, you don’t have to look at a calendar to know that Sukkot is approaching.

You just have to look around.

In the Jewish state, the Jewish festival of booths — the literal meaning of Sukkot — makes its presence felt in every street, in every courtyard, in every field, on every rooftop. In every empty space that is open to the sky.

In Israel, where Sukkot is a seven-day holiday — unlike in the diaspora, where it lasts eight days — the building of a temporary hut, for meals and socializing, for making the blessings over the lulav and etrog, and in many cases, for sleeping at night, is an act embraced by the general Jewish community, not just by the Orthodox.

By Yom Kippur, many Israelis have put the finishing touches on their sukkohs. Usually, children and neighbors and students from nearby schools help out.

In the days before the start of the holidays, stores are crowded with shoppers picking out building materials for the sides, schach for the top of the sukkah, and decorations for the interior. The styles are as individual as the budgets and creativity of the builders allow: simple huts and ornate ones, large sukkohs for dozens of people and smaller ones for more-intimate crowds, sukkohs erected by hotels and restaurants and office buildings.

New apartment buildings designed for Orthodox residents feature staggered balconies, which allow each family space for its own sukkah.

In the backstreets of Jerusalem’s Bati Ungarim neighborhood, above, a plain wooden hut straddles an alley.

In a week, Sukkot is over. You won’t need a calendar to know — you’ll just look around.