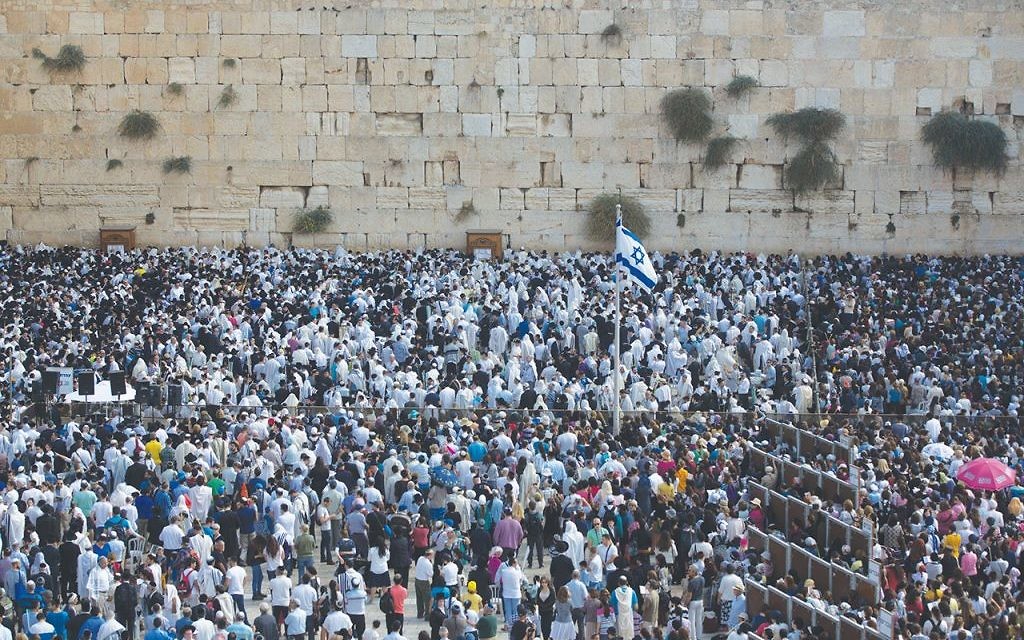 In modern-day Israel, as in the ancient Promised Land, Sukkot is a major pilgrimage festival. In the old days, the Holy Temples in Jerusalem, where various sacrifices were offered, were the core of the pilgrims’ journeys; today, the entire land of Israel celebrates Sukkot.

The harvest festival, which began this week, is evident everywhere, from the huts that are built on balconies and in courtyards and in any available space, to the massive blessing-of-the-Cohanim ceremony at the Western Wall, above. And from a cultural festival in Acre among old Crusader buildings, to the Tamar Festival near the Dead Sea that features popular Israeli bands.

For traditional Jews, Sukkot starts with the purchase of lulav and etrog sets that are on sale in stores and street-side tables in every city.

For members of the small Samaritan sect, a highlight is the annual pilgrimage to Mount Gerizim, the group’s holy site near Nablus on the West Bank.

For thousands of visiting Christians, Sukkot means the Feast of Tabernacles march through the streets of Jerusalem, top right, organized by the International Christian Embassy.

For other Israelis and visitors, the week of Sukkot offers concerts and music festivals; a Hot Air Balloon Festival at Gilboa; trips to national parks and museums and beaches; a biking festival in Tel Aviv; a dance festival in Mitzpe Ramon; a film festival in Haifa; and the country’s largest sukkah near Jerusalem’s City Hall.

Outside of Israel, Sukkot also has developed some distinctive forms of expression, including a sukkah-upon-a-flatbed-truck in Paris, bottom right.