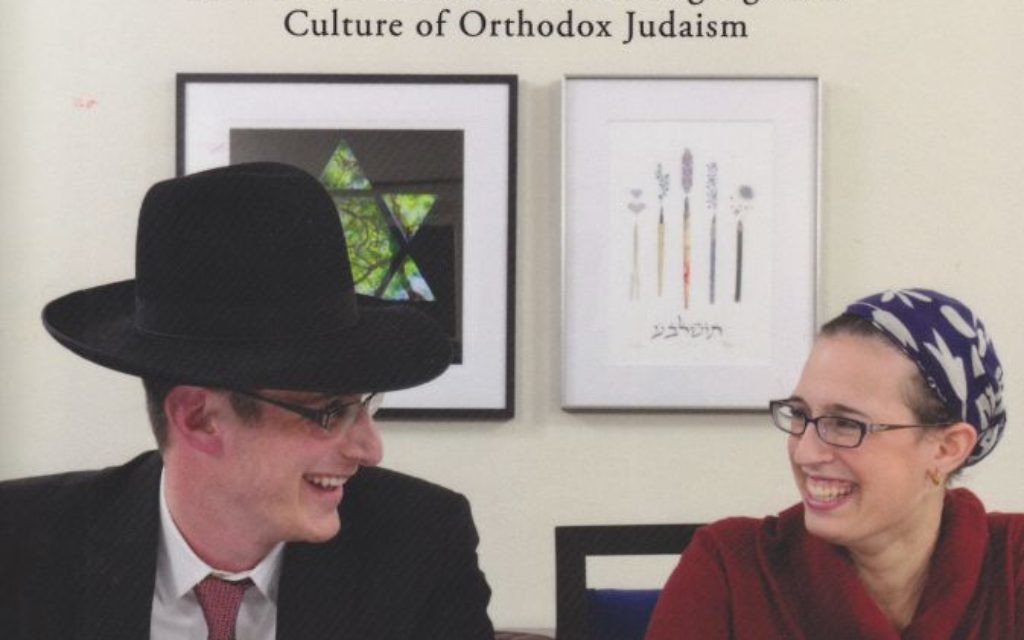 Princeton — Over a kosher Chinese meal at a Lunch & Learn program in Princeton University’s Center for Jewish Life, a visiting academic offered some chosen words about language — “Jewish language,” that is — one recent afternoon.

Sarah Benor, associate professor of Contemporary Jewish Studies at the Los Angeles campus of Hebrew Union College, related a conversation she had taped as part of the research for her new book, “Becoming Frum: How Newcomers Learn the Language and Culture of Orthodox Judaism” (Rutgers University Press, $27.95).

Benor, quoting from her book, offered a snippet of conversation with a baal teshuvah, a member of Orthodox Judaism’s growing ranks of men and women who become religiously observant as adults.

Said the baal teshuvah, in a discussion about Passover: “The mitzvah of the matzah by the seder should be — we’re machmir. It’s a chumra to have shmura mishas haktsira.”

“A lot of the words are not English,” one Princeton student observed.

Exactly, Benor said. “Their English is distinct in many ways.” That’s what her excerpt of BT speech was meant to show. And that, in essence, is what her book documents. (Translation, for those not familiar with what Benor calls “Orthodox Jewish English:” mitzvah means commandment; matzah, of course, is the unleavened bread eaten during Passover; “by” is the Orthodox way of saying “at”; machmir means strict; a chumra is a stringency; shmura mishas haktsira is matzah watched from the time of harvest.)

The non-English parts of the speaker’s ostensibly English sentence, with roots in Hebrew and Yiddish, are perfectly understandable to anyone who grew up in yeshiva- and Talmud-based Orthodox society. But many are foreign to many outsiders, in whose ranks baalei teshuvah were in their pre-Orthodox largely secular upbringings.

As they acculturate, Benor shows, the newly Orthodox frequently take on the linguistic trappings of the lifelong Orthodox, the Yiddish and Hebrew expressions, the ubiquitous use of “Baruch Hashem” (thank God), the verbal “clicks” that indicate hesitation, the “sing-song intonation.” Her book shows how BTs use — and misuse — this acquired language.

Benor, 37, used so-called Frumspeak as a tool, one way of looking at and understanding the larger world of Jewish religious culture. She concentrated on language; the various financial and sexual controversies that have diminished the standing of the Orthodox community in the eyes of many non-Orthodox Jews in recent years did not figure into Benor’s interaction with, or questioning of, the Orthodox Jews she met.“I don’t remember those issues from that period,” she says.

“I see [language] as a very important part of the teshuvah process” — that’ s a “chiddush” [new finding] of her book, which other studies of baalei teshuvah mention only in passing, she says.

“Language use is an ‘act of identity’ through which we align ourselves with some people and distinguish ourselves from others,” Benor writes in the book’s introduction. “In other words, language use not only reflects social categories; it also helps to constitute them.”

Benor approached her research as “both insider and outsider.”

“Non-Orthodox but religiously engaged,” an “active member of a minyan … part of a Conservative synagogue.” Benor spent a year nearly a decade ago amidst the Orthodox, particularly the newly Orthodox — her fieldwork took place in an unnamed community in the Northeast — learning how the latter became the former.

In one-on-one meetings and communal classes she taped, at Shabbat meals whose details she committed to memory — out of respect for Orthodox practice, she did no writing on Shabbat, even out-of-sight of her hosts — she noted how BTs embark on a conscious self-socialization campaign to become full-fledged Orthodox Jews, to be able to present themselves as FFBs, to become “the FFB’s they can never be.” That is Frum-From-Birth Orthodox Jews, as many to-the-manner-born Orthodox Jews describe themselves.

As an outsider, she received a surprising amount of access to Orthodox homes and institutions, she says.

Many, she says, were as interested in her topic as she was. Others hoped their association with her would influence her to take on an Orthodox lifestyle. “Some people assumed I would become Orthodox” — frum, the community’s term of choice for Orthodox behavior — “myself.”

Not likely, Benor says; she’s secure in her own Jewish identity, her own level of observance.

“About halfway through my fieldwork,” she writes, “a community member embarrassed me publicly because I was not becoming observant. “This shaming may not have been intentional, because it happened on Purim, the festive holiday when there is a tradition for Jewish men to get drunk.” Which that man probably was, she says.

Her most vivid memory: the 5-year-old girl in an Orthodox home where Benor was spending one Shabbat who put a hat on the visitor’s head, tucked Benor’s hair behind her ears, and declared, “Now you look like a lady.”

Coming from a kid, it wasn’t patronizing, Benor says.

Sometimes, the men and women she met expressed surprise that she — not a member of the Orthodox community — was familiar with frum life and language.

At her Princeton appearance, she was dressed in brown pants and a black sweater, topped by a red scarf.

“I often tweaked my self-representation in an effort to navigate the boundary between access and honesty,” Benor writes. “Like some newly Orthodox Jews, I did not want people to think I was an impostor, pretending to be a strictly Orthodox Jew.

“Another area in which I maintained distinctiveness was my language,” she writes. “I did use many elements of Orthodox Jewish English, pronouncing most Hebrew words according to the Ashkenazi norms common in the community. But when I used liturgical Hebrew aloud, such as reading a Bible quote in class or saying the blessing over the candles, I generally used the Americanized Modern Hebrew pronunciation that I grew up with.”

Her Princeton speech featured references to “flipping out” (usually young people from Modern Orthodox families who take on haredi beliefs and levels of observance after studying in Israeli yeshivot and seminaries) and the “bungee effect” (baalei teshuvah who go to halachic extremes before bouncing back to a more-moderate levels of action.

“In the audience that afternoon were several baalei teshuvah, converts, conversion candidates and also some non-Jews with many friendship ties to Princeton’s Orthodox community,” said Rabbi David Wolkenfeld, then – director of the Jewish Learning Initiative on Campus, which is based at Princeton’s Center for Jewish Life. “For them, the lecture had existential importance — it documented their experiences encountering and then becoming familiar with a foreign language and culture.” As an undergraduate at Columbia University Benor read an article about the multiplicity of Jewish languages and dialects, and a career was born. “My library epiphany,” she says.

Benor has kept in touch with a few of the many families with whom she studied and ate during her research a decade ago. Now a resident of Los Angeles, she misses some of the Orthodox connections she made on the East Coast.

One of these days, she says, she’d like to return, renew her acquaintances, see what they think of how they were depicted in her book. “I would like to go back and visit.”