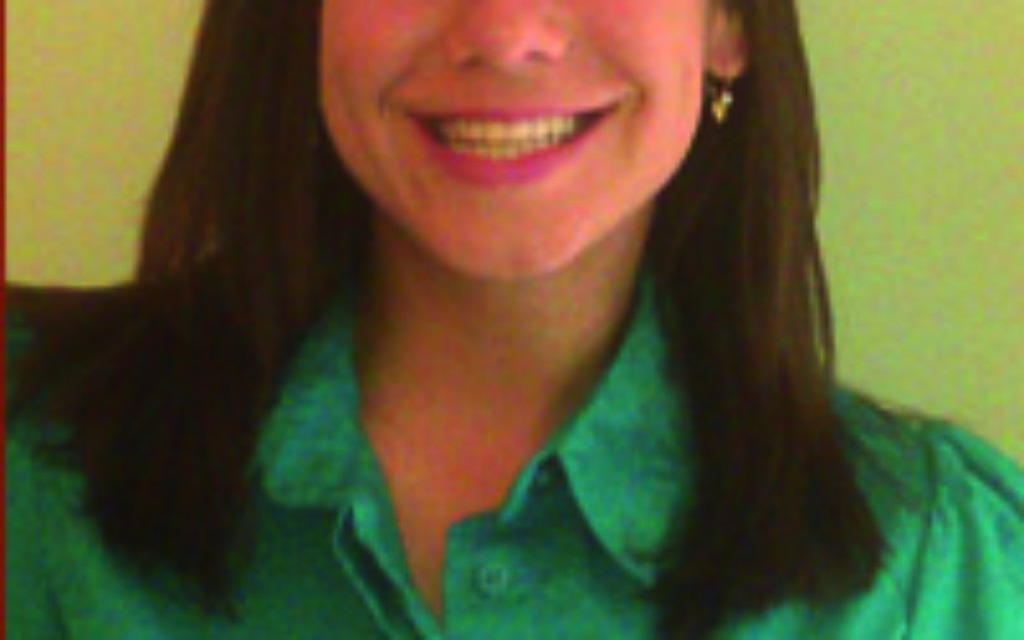 For an open-minded girl from an academic, Modern Orthodox family, growing up in Brooklyn and going to Orthodox Bais Yaakov day schools can be quite a challenge. I learned about the beauty of Judaism, but it was counteracted by the intolerance I experienced in classes and in my neighborhood. By the time I reached college in 1999, I felt distanced from my people and quite bitter.

Then on Jan. 26, 2001 I was diagnosed with cancer, and my world changed forever.

Just prior to my diagnosis, I had begun to feel progressively weaker and feverish. I thought I had the flu, but I had many unexplained symptoms — an unusual rash on my arms and legs, many bruises, and body aches. Also, when I would bleed, the blood took a long time to clot. Late on a Friday afternoon, my primary care physician told us that we would need to go to the hospital immediately and see a hematologist-oncologist.

Not knowing where to turn, we began frantically calling friends and discovered Dr. Aaron Rausen of NYU Medical Center, a secular Jew. He agreed to come to NYU Hospital to meet me right away — even on his day off. What we did not know at the time was that he was three days out of back surgery and could barely walk. He seemed very stoic at first impression, but I soon came to discover his warmth, sincerity and incredible sense of humor.

For example, after testing my parents and four sisters to see if they could be potential matches for bone marrow transplant, Dr. Rausen said to my parents, “I have good news and bad news. The good news is — they’re all yours. The bad news is — none of them are a match.” He was a brilliant physician, yes. But from the beginning, I felt like he was family.

Dr. Rausen diagnosed me with acute lymphoblastic leukemia (ALL), a cancer characterized by the overgrowth of immature white blood cells in the bone marrow and the blood. And right away he was able to explain in detail what was causing all my unusual symptoms, and that my prognosis was good. In our subsequent encounters, he always went beyond his duties as my oncologist and made me feel like I was his only patient. He would ask me about my classes, my study schedule, and even my grades. I began to think of him more as a father figure than a doctor.

Eventually, he was even the one who convinced me to go to medical school. I knew I wanted to work in the healthcare field, but becoming a doctor seemed too far out of reach. I never believed that I was smart enough. He wanted me to become a doctor and specialize in pediatric hematology oncology and then take over his practice. He convinced me not to sell myself short.

During my first hospitalization at NYU, the Satmar Bikur Cholim, a group of chasidic women from Brooklyn who cook and deliver food to countless hospitalized patients every day, greeted my family and me. They would come visit me daily and offer us matzah ball soup and other forms of Jewish “soul food” prepared with love. I did not have much of an appetite, but the service was perfect for my parents and sisters who made a rotation schedule to make sure I would never be alone in the hospital. They even offered to donate blood if needed through the Bikur Cholim blood drive. And they helped put my parents up for free in an apartment near the hospital so my parents could visit me over Shabbat.

I began to re-evaluate how I looked at the “ultra-Orthodox” community. Why was I so lucky to have such a great support network while my fellow cancer patients did not?

During my treatment, from January 2001 to April 2003, juggling my difficult course load in college and my rigorous chemotherapy schedule proved challenging. Chai Lifeline, a Jewish support organization that tries to ease the burden of cancer patients and their families, came to the rescue with rides to and from Brooklyn to take me to my chemotherapy treatments in Manhattan. Every morning I would run out of my door and enter the care of a different stranger — strangers willing to go out of their way to perform extreme acts of kindness. Sometimes I would ride in a van with 10 male chasidim. My personal favorite was a flashy and fun 30-something Sephardic woman who would drive up in her black sports car. Chai Lifeline also arranged for a mentor to come see me, a woman who had survived my specific type of cancer.

My family remembers seeing my name on online Tehillim (Psalms) lists in shuls across the country; people I had never met were reciting the verses daily for my recovery. Strangers from all over were praying for me, and I have no doubt that their prayers played a part in my rapid and complete recovery. While there is no official “cure” for ALL I am now nine years post-treatment and still completely cancer free.

My view of the ultra-Orthodox community evolved, but hate and intolerance still plague our people. We need to remember why we care so much and what it means to be part of the Jewish family.

I have now finished my residency and I am currently in practice as a physical medicine and rehabilitation physician. In the end, I didn’t enter the field of oncology, as the idea of giving children chemotherapy was too difficult to imagine. I wanted to be the one to give people their strength back as they work through disability and illness as I had done. Every day that I practice I think of Dr. Rausen, who died from pancreatic cancer on July 7, 2010. He continued to treat patients until his death.

His death came as a shock when I was forwarded his obituary online. I felt awful that I didn’t even know he was sick. I had been living away from New York for sometime, and hadn’t had the chance to stop by his clinic in years. I wish every day that I had thanked him in person before he passed away. I’ve tried to learn from him and treat every patient like my only patient, to think of my patients as family. I push them to follow their dreams and take control.

I think about Dr. Rausen every day, and about the countless other strangers who offered their support to me during such a difficult time. I think about the extreme acts of kindness my Jewish community showed me, and I am thankful every day. In, fact, I can still smell the Satmar ladies’ matzah ball soup.

Dr. Deborah Friedman is a rehabilitation physician in Minneapolis.