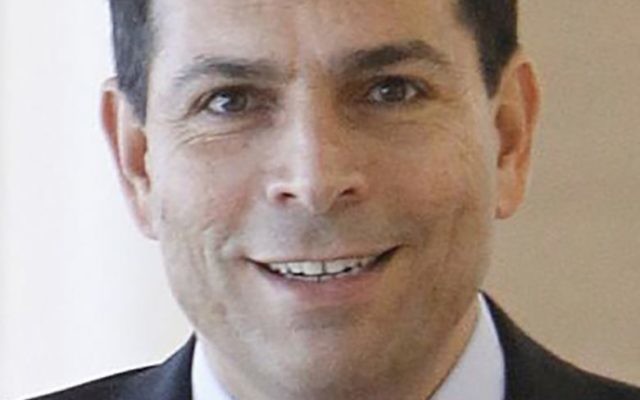 Forty years ago this past week, the world witnessed the low point in the United Nations’ past, and a high mark in the history of statesmanship which still inspires us in the present.  When the UN voted to condemn the national aspirations of the Jewish people to live in our historic homeland as a form of racism, it earned a badge of shame that it continues to bear to this day.

President Chaim Herzog, then serving as Israel’s ambassador, stood at the podium of the General Assembly and denounced the disgraceful “Zionism is racism” resolution as “without moral or legal value,” and he earned a place in the annals of Jewish history.  Ambassador Herzog’s courageous stand for the dignity of Israel remains the model of leadership on the world stage, and I look to his example, as I have the honor of sitting in his chair.

With his powerful words, Ambassador Herzog stood up for Israel and the Jewish people, and spoke to the conscience of the world, but the world refused to listen.  For 16 shameful years, the comparison between Zionism and racism continued to be official UN policy.  It was not until 1991, with another brave stand, and with the help of the United States and other allies, that the infamous resolution was finally repealed.

While this act removed the hateful resolution from the books of the UN, no vote can erase the hatred from the hearts of those who seek to delegitimize the Jewish state.  Forty years later, in the halls of this institution, we still see the same hostility towards Israel, the home of the Jewish people.

When Chaim Herzog famously tore up the resolution, he was tearing up a page of prejudice and standing up for Jewish self-determination.   I look forward to a day when our adversaries tear up their own prejudices and write a new page of fairness and equality.  Only then can we come together to sow a new future: a future of peace, of tolerance and of friendship among nations.

Ambassador Herzog and I obviously come from different ideological backgrounds.  Herzog, one of the founders of the State of Israel, bravely fought in the Palmach and the IDF and then was associated with what we today call the Labor Party.  I grew up in Ze'ev Jabotinsky’s Betar movement then served in our government as a member of the Likud.  These differences, however, are minor in the grand scheme as at the end of the day both of these ideological camps always found common ground when it came to defending the independent Jewish state in our historic homeland.

To me, and countless young Jews around the world, Ambassador Herzog represented an era of unapologetic Israeli diplomacy which gave us great pride and provided us with the hope that by standing up strongly against evil real change was – and still is – possible.

Today, we must draw on the strength it took to denounce the resolution and the spirit and determination that was needed to repeal it.   The challenges may have changed, but the will to stand and fight remains.  Not a week goes by when a United Nations institution does not issue some sort of ludicrous condemnation of Israel.  These acts are as illegitimate and rooted in lies as the ugly claim in 1975 that the national movement of the Jewish people is somehow racist.

For decades Israel has yearned to be a member of the international community, and today we are proud to act as a light unto the nations. No country is more generous in providing aid and assistance to troubled areas across the globe and we also work tirelessly to spread our innovations in agriculture, medicine, and technology wherever they are needed around the world.

Like all countries, we sometimes make mistakes.  At the same time, however, we will not accept hypocritical judgement and illegitimate double standard enforced by dictatorships and some of the worst offenders against human rights.  Ambassador Herzog did not allow this forty years ago, and Israel proudly marches on guided by his legacy today.