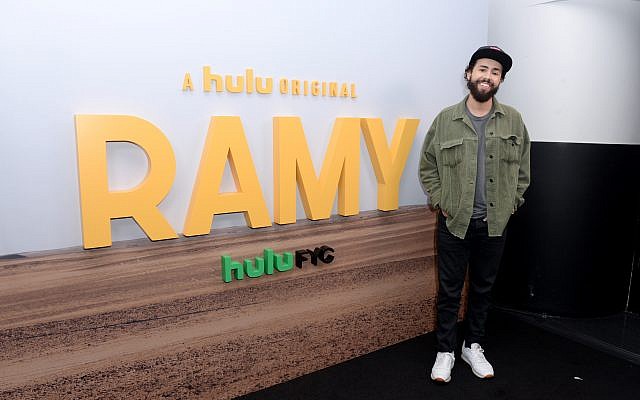 ‘Ramy,” the new Hulu series created by the comedian Ramy Youssef, follows the travails of a young Muslim millennial as he balances being single and “older” with having traditional parents and the demands of modern life. It’s about a religious person in a liminal space, where he’s adherent to the commandments but where he also hangs out with friends who engage in haram behavior. His outward appearance is not obviously different; he fits effortlessly into the hipster aesthete with skinny jeans, overgrown hair and a hat. But a hoodie and backwards cap don’t help him with activities he wants to pursue but can’t because of religious strictures, like taking drugs or having sex.

Young observant Jews face this same juggling act. How to balance being faithful to the mitzvot in the 21st century? Whether the religious limitations are set in black and white — observing Shabbat and keeping kosher — or merely the consequence of a religious community’s perception of “goyish,” observant Jews have to balance ancient books and modern social lives. There’s an emotional weight that bears on people, especially if they don’t act in accord with principles real or imagined.

In one scene, Ramy is confronted by a girlfriend who learns that he doesn’t drink, and that he has been hiding that fact. He defends himself: “I was afraid you were into the idea that I’m culturally different but hate that I actually believe in God.”

I too hide my religious observance because I don’t want to be typecast. I was at an awards ceremony for LGBTQA writers at a progressive bookstore, and I met the vice president of a large literary agency. Seeing my skullcap and beard, she asked me if I knew what a meme was. She just assumed I didn’t know. People like her like the idea of difference, but in practice, prejudice and ignorance come into play.

Some viewers might especially like the more prurient scenes on “Ramy,” but I care for the small notes, like when his phone alerts him that it’s time to pray, so he abandons a romantic partner in bed. It reminded me of the time at Burning Man when I bolted from an amazing art car, mid-exploration with friends, to get to my desert tent before the Sabbath.

In another scene from the show, Ramy is with a woman at a party who pops an Ecstasy pill and offers one to him, with promises of a one-night stand.

“I can’t. I can’t,” he keeps repeating. Ramy is poised at the precipice, about to seal the proverbial deal, but he’s unwilling or unable. He sees the woman later, running off with someone else, and he looks defeated, full of regret. She then says the funniest line of the episode: “I feel so bad for Palestine.”

Later, he explains, “I’m not taking Ecstasy for some girl.” There’s a constant theme of saving oneself for the right moment.

It’s Ramy’s subtle rejection of things deemed prohibited that attracts me the most.

Later, he ends up in a mosque, the vestiges of the chemicals from a pot gummy bear still coursing through his system. That’s the crux of the show — despite his misadventures, Ramy returns to his religious community. The otherwise empty house of worship has an employee vacuuming. They sit on the floor and the hero expresses regret. “I just feel so weird. … I’ve never done drugs before. Ever. It was part of who I am. And now I feel less like me. I’m just another dude … who does weed, ya know?”

His interlocutor offers an apt analysis. “It kind of sounds like an ego trip. You’re all like, ‘I do these things and I don’t do these things, so I’m this kind of a person,’ right?”

But this is a central idea in my life and the lives of my peers — we judge ourselves in line with the way others behave. That is, we draw some lines that we refuse to cross while giving in to others at times, and we ascribe value to ourselves and the people around us based on these choices. “I’m not like him because I don’t do that negative sin, and I’m somehow better because I don’t engage in that behavior,” we might say. “Ramy” rings true. With the combined forces of schooling, parenting and growing up in a religious community, we hold ideas of what it’s like to be pious and build a network around that house of cards that is piety. This rarely leads to positive mental health.

Ramy is back in shul, trying to figure it all out. His unwillingness to completely cut ties with his religious community speaks to me the most. Young observant Jews might go to music festivals, engage in unsavory affairs and “eat dairy out,” but they return to their houses of worship, trying, like Ramy, to figure out the motivations behind this tightrope walk and judge whether it’s right, wrong or even worth questioning.

Eli Reiter’s column appears the fourth week of the month.