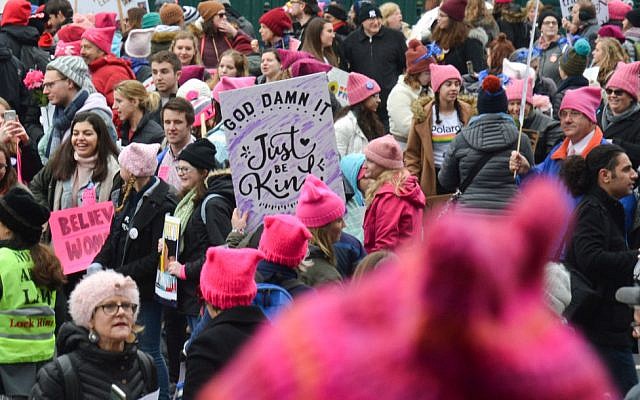 Protesters display their signs in front of the Trump Tower during the Women's March in Washington, DC January 19, 2019. Getty Images

With the controversy still raging about whether the Women’s March movement is shot through with anti-Semitism, one of its leaders, Linda Sarsour, added another dimension to the debate during Saturday’s march in Washington. “We will protect our constitutional right to Boycott, Divest and Sanctions in this country,” she said, a seeming reference to an anti-BDS bill in Congress. The group also included opposition to anti-BDS laws in its 2019 Women’s Agenda, a policy platform released by the Women’s March on Friday.

At almost the same time that Sarsour was speaking in Washington, freshman Bronx-Queens Rep. Alexandria Ocasio-Cortez, who has been critical of Israel, struck a more conciliatory note, condemning anti-Semitism in an interview with CNN from the Women’s March Alliance march in New York City. “I think that concerns of anti-Semitism with the current administration in the White House are absolutely valid and we need to make sure that we are protecting the Jewish community and all those that feel vulnerable in this moment,” she said.

As the Women’s March movement plans its next steps in the wake of last weekend’s marches, Jewish women and the Jewish community as a whole are having to navigate choppy waters in a debate that touches on fraught issues like anti-Semitism, intersectionality, black-Jewish relations and how best to protect alliances that could potentially benefit Jews. 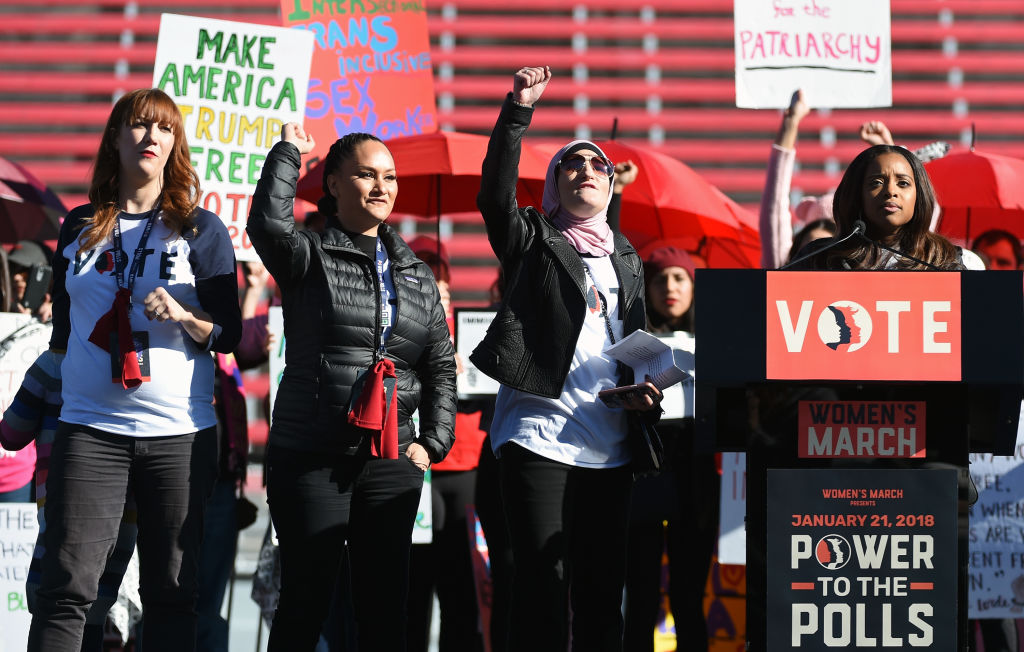 “I think we’ve seen two distinct approaches to counter anti-Semitism — the condemn and marginalize approach and the engage and influence approach,” David Bernstein, president and CEO of the Jewish Council on Public Affairs, told The Jewish Week. “I think it’s good to have voices who condemn and marginalize … and I think it’s good that there are people who are willing to sit down at the table and negotiate their perspectives with the Women’s March leadership to make sure that our voices are heard.” (See David Bernstein’s, CEO of the Jewish Council of Public Affairs op-ed here.)

Much of the debate centers around the notion of intersectionality — the concept that all forms of oppression are connected and to fight one oppressor, you must fight them all — which has long been a difficult concept for the Jewish community. Ostracized for their support of Israel, many Zionist Jews have felt unwelcome in intersectional movements. But after last year’s synagogue attack in Pittsburgh, the deadliest attack on Jews in the United States, the question of whether Jews constitute a privileged group or a victimized minority has complicated its relationship to intersectional activism. That tension was heightened when leaders of the Women’s March were accused of making anti-Semitic remarks in private and associating with Rev. Louis Farrakhan, well known for making anti-Semitic remarks in public.

This year’s Women’s March came to be defined by its leaders’ denials that they support anti-Semitism, leading to smaller crowds this year than in previous years. In recent weeks, leaders of the march embarked on something of a public relations blitz as well as numerous closed-door conversations with Jewish leaders, attempting to turn the tide of opinion in their favor. The media appearances convinced some groups but left others wondering if they would ever hear the condemnation of Rev. Farrakhan they were seeking. 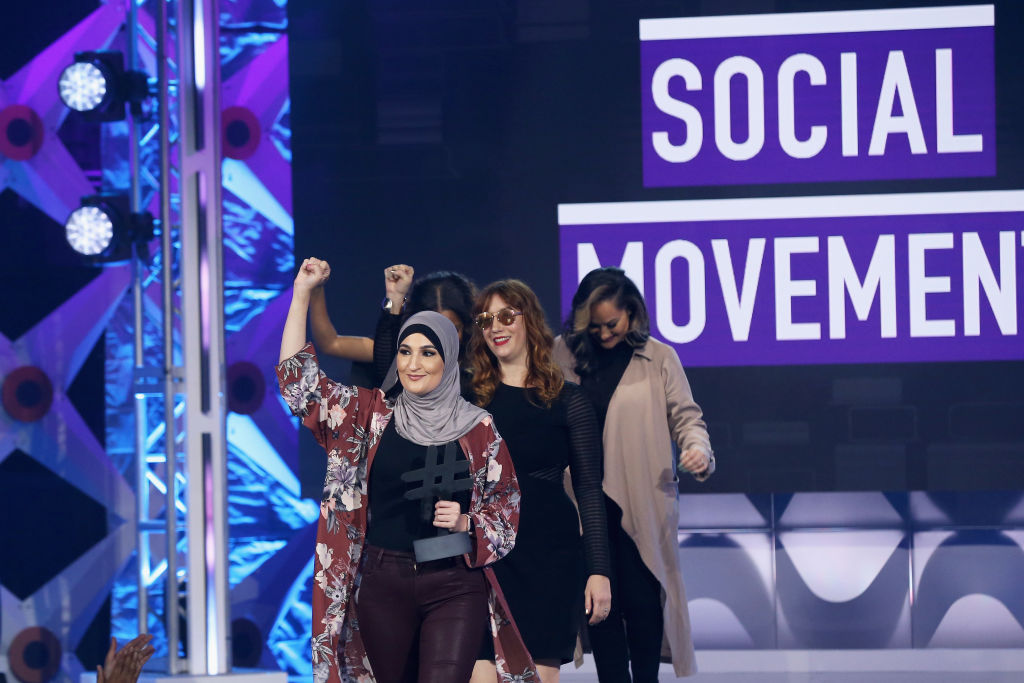 “Many in the progressive party have, knowingly or not knowingly, I’m not sure which, espoused positions which come very close to anti-Semitism, if not anti-Semitic,” said Deborah Lipstadt, professor of modern Jewish history and Holocaust studies at Emory University and author of a new book, “Antisemitism: Here and Now.” “And more importantly, and this is what we’ve seen in the women’s movement, [an agenda that has] failed to recognize the importance and the significance of anti-Semitism.”

The inclusion of international issues, including opposition to anti-BDS laws, in the Women’s Agenda released on Friday added another point of friction for Jewish community organizations engaging with the Women’s March. “I know that people argue it’s about freedom of speech, but it’s a fine line and I don’t think any social movements should be silenced from a freedom of speech perspective. But I also don’t think Israel should be singled out,” said Kaufman.

The stakes involved in condemning Rev. Farrakhan — and anti-Semitism in general — were further heightened by the Tree of Life massacre in October and the rise of anti-Semitic incidents across the country.

“I think we’re so anxious about the return of anti-Semitism and feeling like if we don’t condemn it quickly enough, it’s going to engulf us,” said Rabbi Sharon Kleinbaum, senior rabbi of Congregation Beit Simchat Torah in Manhattan. Rabbi Kleinbaum was one of 13 rabbis who met with leaders of the national Women’s March on Jan. 15, nine of whom, including Kleinbaum, signed a letter endorsing the march and its leadership. She said she was not surprised by the difficulty involved in working in coalitions based on her experience as a rabbi and activist in the LGBT community. 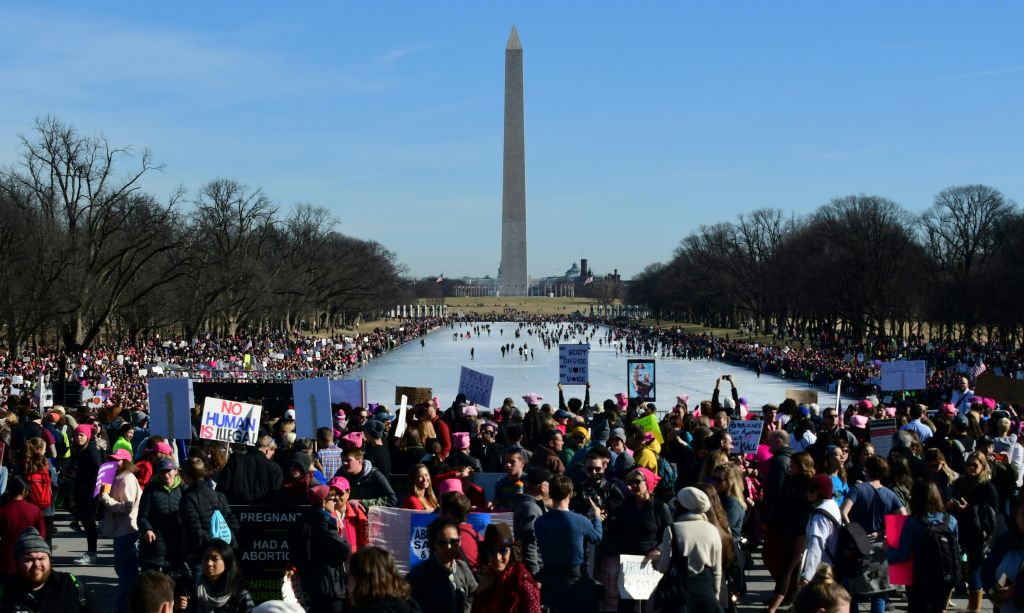 Thousands take part in the Women’s March on Washington on the National Mall January 20, 2018 in Washington, DC. Getty Images

“I had to constantly be talking to rabbis, congregations, to leaders of movements who would say the most despicable, hateful things about gay people to my face, to the media, all the time. I know that change happens only if I stay engaged with those people,” said Rabbi Kleinbaum. “The question is whether you approach those people with whom you have deep disagreements with respect or with contempt, and I don’t think contempt gets you very far.”

Yavilah McCoy, an activist who works on issues of diversity in the Jewish community who was appointed to the Women’s March steering committee earlier this month, agreed on the need to work together despite differences. “It is necessary in this moment for us to work both with the allies we feel we have and the allies we feel like we wish we had,” said McCoy. “We have to stay at that table.” 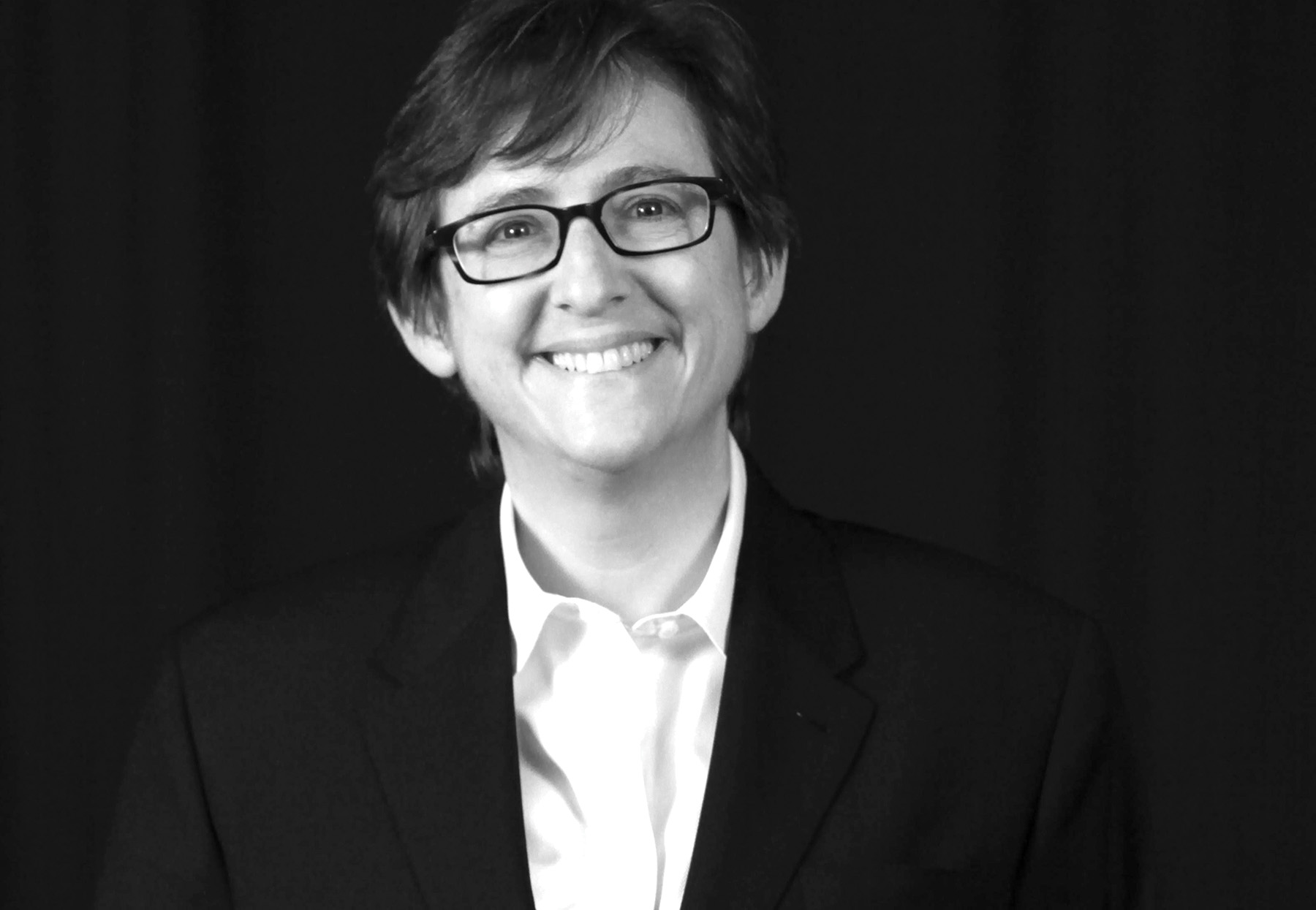 While stating that she believed the leaders of the Women’s March had adequately condemned anti-Semitism, she questioned the value of asking Mallory, an African-American woman and the leader of the march most closely associated with the Nation of Islam leader, to condemn Rev. Farrakhan. “In African-American communities, to ask people of color to condemn each other is a limited resource given the ways in which racism and white supremacy have asked people of color to separate,” said McCoy. “We have to check … if that’s a reasonable ask. We also have to ask whether, in our community, we’re willing to cash that same check.”

McCoy also called on the Jewish community to examine its own members’ rhetoric: “Are you speaking about the fact that if Jews of color would never walk into another JCC, into another federation, into another Hillel, where they encountered racism, sexism or homophobia, either among the members of those institutions or among the leadership — imagine what it would look like if we chose to never walk into those institutions again unless the leadership and membership decided to condemn those who acted those behaviors. What would that look like as a Jewish community if we held that standard? I think we have to be nuanced about what we’re asking for at this moment.”

For Lipstadt, the condemnation of anti-Semitism by leaders of the march were not enough. “Of course you educate and you explain, but at some point you’ve got to ask, am I getting through? Is this person really understanding or is this a lost cause?” said Lipstadt. “At what point does someone lose their stature to lead a movement? I’m happy to educate them individually, but I’m not going to march behind you while I’m waiting for you to go — oh, well, now I get it.”