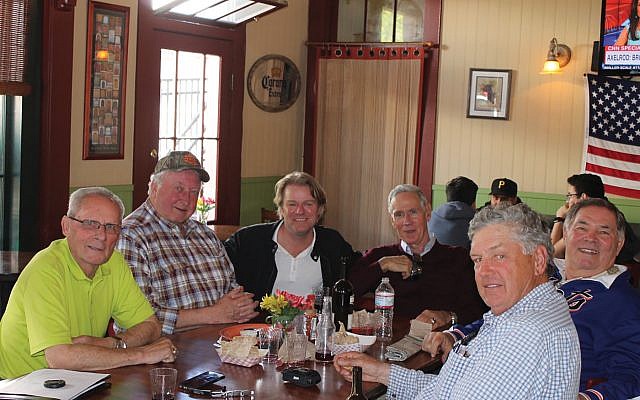 Athletes are often assumed to be role models for fans, but Jewish fans are sometimes the role models for Jewish athletes. Jewish ballplayers, many of whom admittedly never had any affinity for Jewish praxis, have been known, when playing in cities with a strong Jewish fan base, to inexplicably announce that they would not play on Rosh HaShanah or Yom Kippur.

In 1969, to much less publicity or adulation than went to Hank Greenberg or Sandy Koufax, who also sat out the High Holidays, Art Shamsky, often the cleanup hitter for the Mets, decided not to play on Rosh HaShanah in the heat of the pennant race. This year, the 50th anniversary of the Mets World Championship, we phoned Shamsky, 77, and the author (with Erik Sherman) of a new book, “After The Miracle: The Lasting Brotherhood of the ’69 Mets” (Simon & Schuster). In the September intensity — only two days after the Mets moved into first place for the first time all year (or ever) — a major doubleheader against the Pittsburgh Pirates coincided with the Jewish New Year.

Shamsky shared right field with Ron Swoboda, and he says, “if you put me and Ronnie’s years together, it was an All-Star caliber year. Combined, we had 24 home runs and almost 100 RBIs. Ron and I pulled for one another.” Shamsky — second on the team in batting average (.300), second in home runs (14), and the team leader in slugging percentage — writes, because of the pitching match-ups, “I would most assuredly be penciled into the lineup. But prior to the doubleheader I decided to observe Rosh HaShanah.” 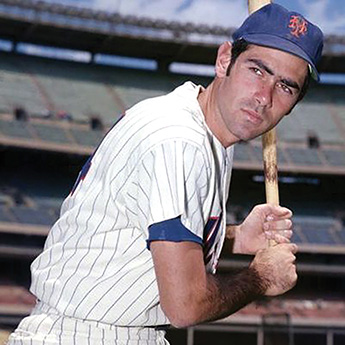 Shamsky, in his playing days. Courtesy of Simon & Schuster

The decision, writes Shamsky, “was a tough time for me.” He was having a good year, but an ordinary career. According to Baseball-Reference.com, the hitter whose career he most resembled was the forgettable Dayan Viciedo. At different points in his career Shamsky was comparable to Roger Repoz and Shane Spencer.

He went in to speak to manager Gil Hodges. “Gil was a tough guy,” Shamsky remembers. “I avoided him as much as possible. If you walked by his office and got by without him calling you in, well, that was a successful day. I didn’t have a close relationship with Gil. But he was always fair in matters like this.” Hodges understood religion. A devout Christian and a teammate of Koufax, Hodges starred in Brooklyn under the auspices of Dodgers president Branch Rickey — who, as a young major leaguer himself, refused to play baseball on any Sunday, his Sabbath.

Hodges told Shamsky, “Look, you do what you think is best. I’m OK with it. I’ll back you up.” And Hodges did.

Why did Shamsky do it? “I don’t know why,” Shamsky told us. It was “just a personal feeling I had. I had never taken off before” for a holy day. “I felt it was one of those things that was the right thing to do. I remember thinking, ‘I really want to do this.’”

There is a Yiddish expression, “der pintele Yid,” referring to a soul’s seemingly last Jewish ember, but Shamsky’s ember most glowed after he was traded to the Mets by the Cincinnati Reds before the 1968 season. He was on the Reds when Koufax sat out the World Series on Yom Kippur in 1965, but Shamsky said that it didn’t matter to him personally at the time. The Six-Day War in 1967, an event of nearly incomparable magnitude for Jews around the world, didn’t affect him either. “I remember hearing about it,” Shamsky said of the war, though “it wasn’t touching me on a personal level.” But in September of ’69, “sometimes you just get these premonitions that you need to do something.”

That Rosh HaShanah in Pittsburgh, “I probably stayed in the hotel. I kept a very low profile, didn’t go to services or anything like that. I’m not the most religious person. I admit it. It was just a matter of not being in uniform that day.” 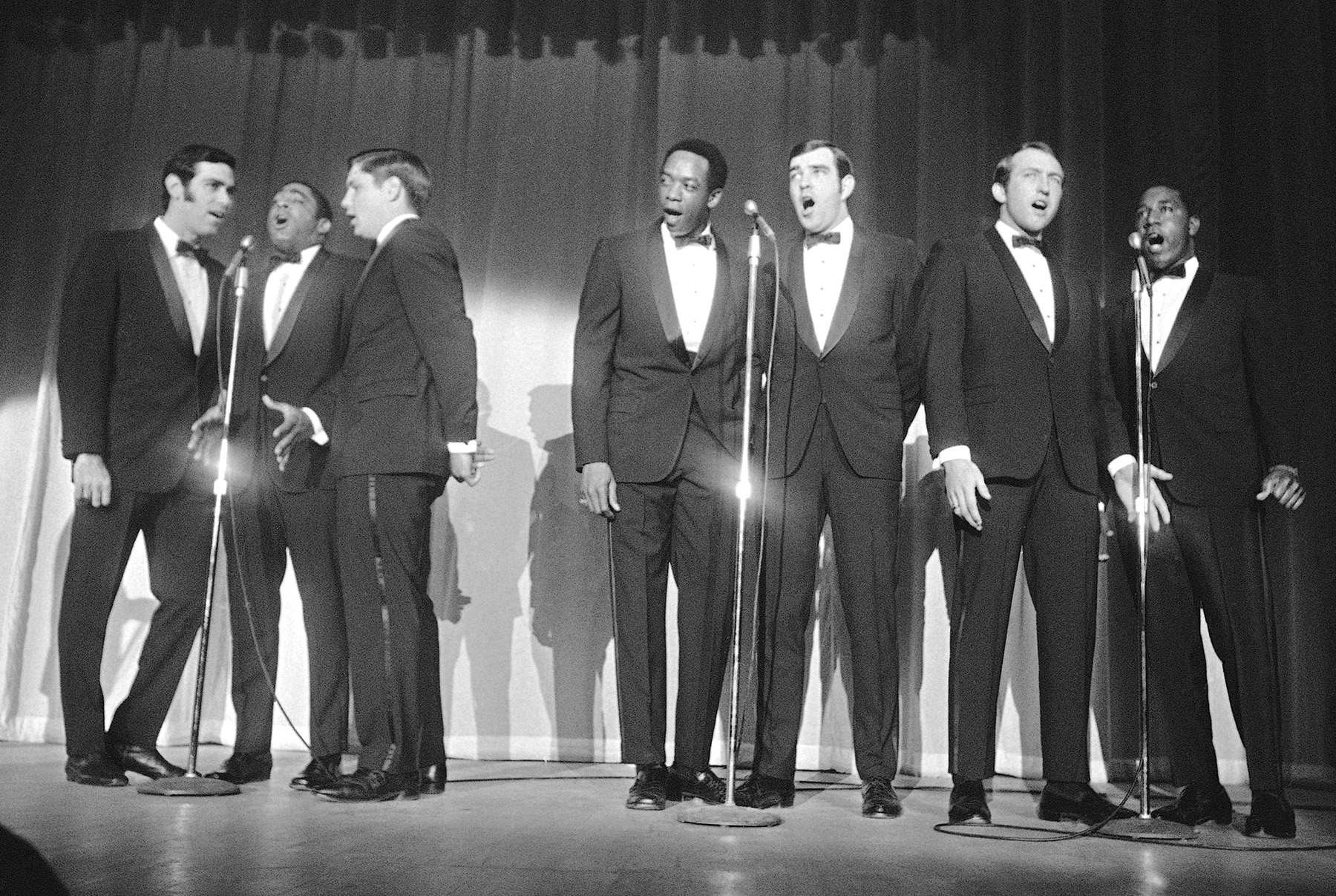 He ended up missing one of the most memorable nights of the Mets’ year. The Mets won both games 1-0, the runs in each game driven in by the pitchers. The next day, Shamsky arrived in the clubhouse to see a sign taped to his locker (put up by Donn Clendenon, it turned out, in a classic example of clubhouse humor): “We won the doubleheader. Why don’t you take off the rest of the year?” (Shamsky didn’t have to. There was no game on Yom Kippur).

Shamsky noticed his Jewish consciousness was also aroused during that turbulent era of Vietnam War protests and race riots. Shamsky writes, all the players “had a point of view on the subject of race. Some, naturally, were more sensitive to it than others. As a Jewish man, I think it was only natural that I fell into the more sensitive camp.”

Shamsky grew up in University City, a considerably Jewish inner-ring suburb of St. Louis. That his being Jewish would matter to anyone never occurred to him until, as a lanky 18-year-old, he was signed by Cincinnati and assigned to the Geneva Redlegs in upstate New York. His roommate, Pete Rose, 19, kept calling him “Jewman” — just kidding, don’t you know.

Called up to Cincinnati, Shamsky first gained fame in 1966, pinch-hitting an eighth-inning homer, and then two more homers in extra-innings. Rose told the Cincinnati papers, it was “one of the greatest clutch-hitting exhibitions ever seen.” Shamsky was benched the next day. The day after, he pinch-homered again, tying a major league record: four home runs in four straight at-bats.

He wasn’t happy about being traded to New York, a city he first found “overwhelming.… When they yelled out my name, it didn’t sound like my name at all: ‘Hey, Aw-tee, can we get yaw autograph?’” But with time, “I fell in love with the city,” where the miracle stardust never left his shoulders. Current celebrities, such as Jon Stewart and Ray Romano, have named their dogs “Shamsky” (Romano’s brother’s dog, on his TV show, “Everyone Loves Raymond”). He did some broadcasting, writing, real estate, and opened a restaurant with former teammate Phil Linz.

As a Jewish player in New York, “over the years, I’ve come to grips with the fact that [I] did have a tremendous influence on people, and to this day I have people coming up to me saying they remember what I did,” for Rosh HaShanah, “which is nice. I never did it for any other reason than my own feeling about doing it, but if you influence somebody in a positive way, then you’ve accomplished something.”

He went to Israel for the first time in 2007 to manage the Modi’in Miracle in the Israel Baseball League, its only year of existence. “It was a great experience. The fun for me was just being in Israel, teaching the game. I’m really happy that I was a part of it. I’ve been back in Israel doing clinics, doing as much as I can, raising money, working with Jewish National Fund, raising money to build the fields and improve the quality of the baseball and softball for the kids.”

The first 244 pages of the 302-page book are mostly about the turning points and leafy green mythos of 1969. The leaves turn autumnal in the book’s closing pages, when Shamsky, Swoboda, Jerry Koosman and Bud Harrelson visit Tom Seaver (suffering from Lyme-related dementia) at his home and vineyard in California’s Napa Valley. “We knew at the time that Tom wasn’t doing well, and wasn’t going to be traveling anymore.” The conversations, reflections mixed with clubhouse kidding, returned, said Shamsky, to “the relationships all of us had. How bad [the pre-’69 Mets] were, how we were able to come together as a team and win a championship and, in subsequent years, how we became friends and stayed friends. This book is about the love we have for one another as we got older.”

In the Mets locker room after the World Series, drenched in champagne, Shamsky told reporters, “I’ll walk down the street in New York now and people will say, ‘There’s Art Shamsky of the Mets.’ People used to laugh. They won’t anymore.”

They say it with love.