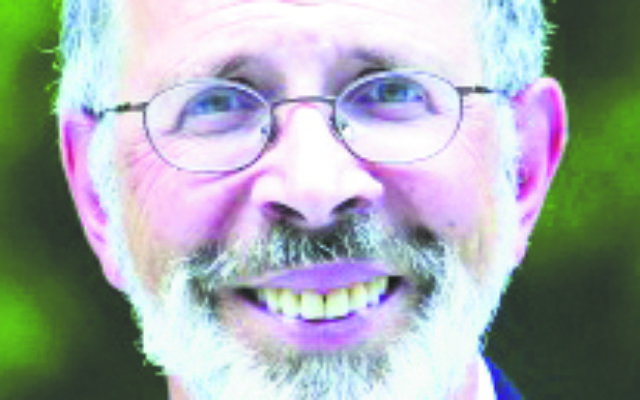 The baseball great Stan Musial passed away this week and, with his passing, a piece of my past died, as well.

Allow me to explain. I am named after my great-grandfather, Shmuel Aryeh Poplack. For some reason, however, my father did not like the name Samuel, the corresponding English name for Shmuel.

A sports fan and a bit of an athlete himself, my father instead decided to name me Stanley in honor of Stan Musial.

To be honest, I never really liked the name Stanley. It conjured up in my mind images of a bookish boy, hiding behind horn-rimmed glasses (a self-image a little too close to reality). Even as a young child, I preferred to be called Shmuel. Not everyone cooperated, however, and at different times of my life, in disparate settings, the name Stanley stuck. It was almost like living a double life. Elementary and high school classmates knew me as Stanley, while at family settings I was invariably Shmuel.

Part of my antipathy to the name Stanley clearly stemmed from its origins and the expectations they raised. In clear contradistinction to my namesake, “Stan the Man Musial,” I was, to put it mildly, something of a disappointment on the ball field. I have clear recollections of my father throwing the ball and me dropping the ball, over and over again. My baseball career went from bad to worse with each passing year, culminating during my senior year of high school in a day camp counselor game, played in front of the entire camp. With my team heading into the ninth inning holding a 10-run lead, the opponents suddenly discovered Stanley Goldin in left field. A multitude of errors later, unnaturally clustered around left field, we lost the game.

My English name served as a constant reminder that, while I had my strengths, success on the ball field was not one of them.

Yet, as time went on, my connection to Stan Musial became an increasingly important, even positive part of my life.

Entering the rabbinate, for example, I found that I could gain “real mileage” out of my English name and its roots. Congregants kvelled at the news that their rabbi was named, albeit with a name that he did not generally use, after a baseball great. Unexpected gifts began to find their way to my door: signed Stan Musial baseballs, Stan Musial baseball cards, a framed time magazine cover featuring the St. Louis Cardinals slugger, Stan Musial Hall of Fame statuettes, and more. Soon I had a small shrine in my home office dedicated to “Stan the Man.”

On a deeper level, I also found myself developing a growing relationship with the man that my father chose to associate with my life. The more I learned about Stan Musial, the more I began to realize that he was not only a great baseball player, but a genuinely great guy.

Here was a humble, universally liked and respected man who loyally played for one team, the Cards, for his entire career of 22 years; supported Jackie Robinson in his drive to break the baseball color barrier; remained comfortable allowing contemporaries such as Joe DiMaggio and Ted Williams to steal the limelight while he quietly accomplished similar feats; worked in the 1950s to establish warm relationships between blacks and whites in the clubhouse; remained remarkably controversy-free all his life; married his high school sweetheart; loved to play the harmonica, and more. The former Cardinals manager aptly summed it up with the declaration, “Everyone’s a Musial fan.”

My father passed away more than 15 years ago and my mother left us this past year. I have no left one to ask but, in retrospect, I would like to believe that my father, a man who was as straight as they come, named me after Stan Musial for reasons beyond Musial’s baseball prowess. Perhaps he wanted his son to emulate the fine characteristics of humble a man who not only excelled on the ball field but did so with a quiet grace and dignity from which we all can learn.

For me, my association with “Stan the Man” Musial will always remind me of a simpler, better time when there were sports heroes we and our children could truly look up to; when the game was played for enjoyment; when a player’s loyalty to a team was not only determined by the highest paycheck; when life in the limelight did not automatically entail a sense of moral entitlement. It will also remind me of a time when Jewish fathers, like my dad, were not afraid to encourage their children to learn from all around us.

Shmuel “Stanley” Goldin is rabbi of Congregation Ahavath Torah in Englewood, N.J., and president of the Rabbinical Council of America.