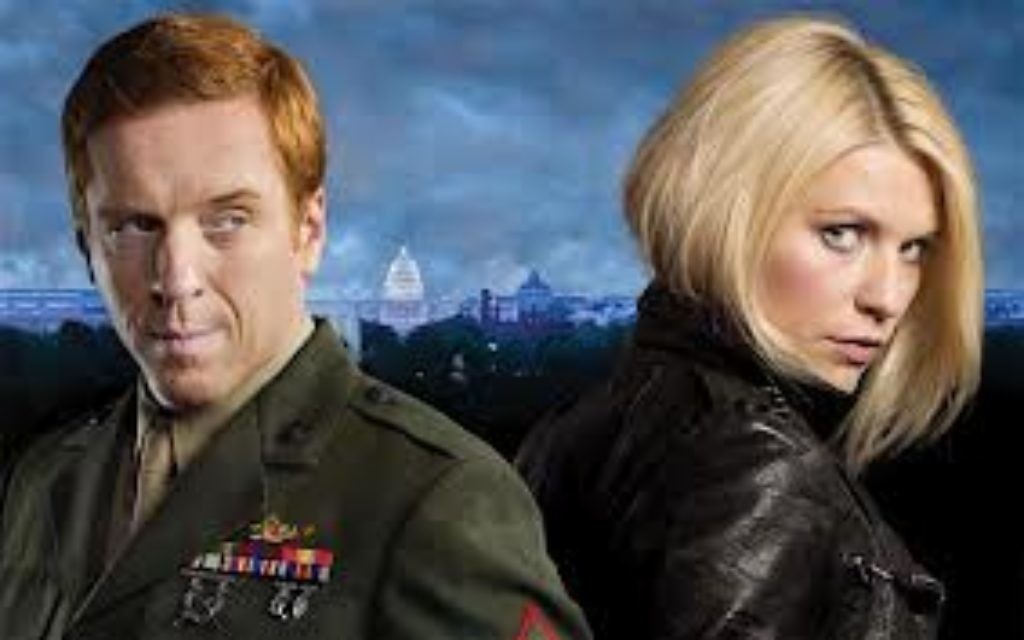 If you're like me, you're eagerly awaiting the return of Showtime's acclaimed drama "Homeland" this Sunday night.

The show starring Damien Lewis, Claire Danes and Mandy Patinkin has been on hiatus since last December. Inspired by the Israeli "Prisoners of War," and developed here by its creator Gideon Raff with Americans Howard Gordon and Alex Gansa, "Homeland" follows the story of a CIA agent who is convinced a recenty turned POW Marine has been turned into an al Qaeda operative.

Fans of Season One will know that she's on solid ground. But as the show progresses we're likely to see that main character Nicholas Brody, the marine-turned U.S. congressman — who owes his election to a ripped-from-the-headlines, disgraced by sexting incumbent named Dick Johnson — is a deeply complex and conflicted individual whose loyalty has been torn by his time in captivity, his embrace of Islam and his relationship with the young son of his captor, who was killed by an American attack.

I like the suspense of the story, the excellent casting and acting and the fine character development. Danes' Carrie Matheson is an atypical hero in that she's not only a voice in the wilderness in suspecting Brody, but is also plagued by an undisclosed mood disorder that threatens her security clearance.

And there's no denying uncensored cable dramas are more engrossing than network shows because of their realism and the lack of commerical breaks.

So it's not surprising "Homeland" swept this week's Emmy Awards with wins for Danes and Lewis as well as for writing and the overall award for best drama.

Problem is, at the time the premiere episode airs, I'll probably be having dessert in my Sukkah on the first night of the holiday, during which the TVs stay off in my home, through Tuesday evening.

Unlike the pre-VCR days, which, yes, I'm old enough to remember, it's not a question of missing out. It's not even a matter of setting the DVR since Showtime reruns its original series throughout the week on various channels. What I worry about is that someone will blab details before I get to watch.

There's a long history of Jews having to sacrifice pop culture pleasures or postpone gratification for religious observance. Way back in the early 80s, the popular miniseries "Shogun" culminated on a Friday night, leaving many Sabbath observers to beg NBC for a repeat. Later on, those observant Jews who taped CBS's Dallas had to wait an extra 25 hours to find out who shot JR.

And in 1986, the Mets had the nerve to beat the Red Sox for the World Series title on Simchat Torah. I remember being part of the huge crowd around a police car outside the Young Israel of Flatbush in Brooklyn that night listening to the final plays on the radio.

These days, FOMO is easily treatable in an era of TiVO, DVR and iTunes downloads.

But there's no denying that "catching up" is never as much fun as being part of the event, which is why people line up for iPhones on launch day, why non-football fans watch the Super Bowl, and why families revel in the live broadcast of "The Wizard of Oz" or "It's A Wonderful Life" even when they have the DVDs.

Observing a holiday, though, is also being part of an event — one that's been around far longer than cable TV and will hopefully be around long after "Homeland" is canceled. Rather than shutting out the world and tuning in, I'll be sharing the festival with family and friends. So I'm not ambivalent about my choice.

But if anyone calls in the hour immediately following the start of chol Hamoed, I'll be decidedly off -the-grid.