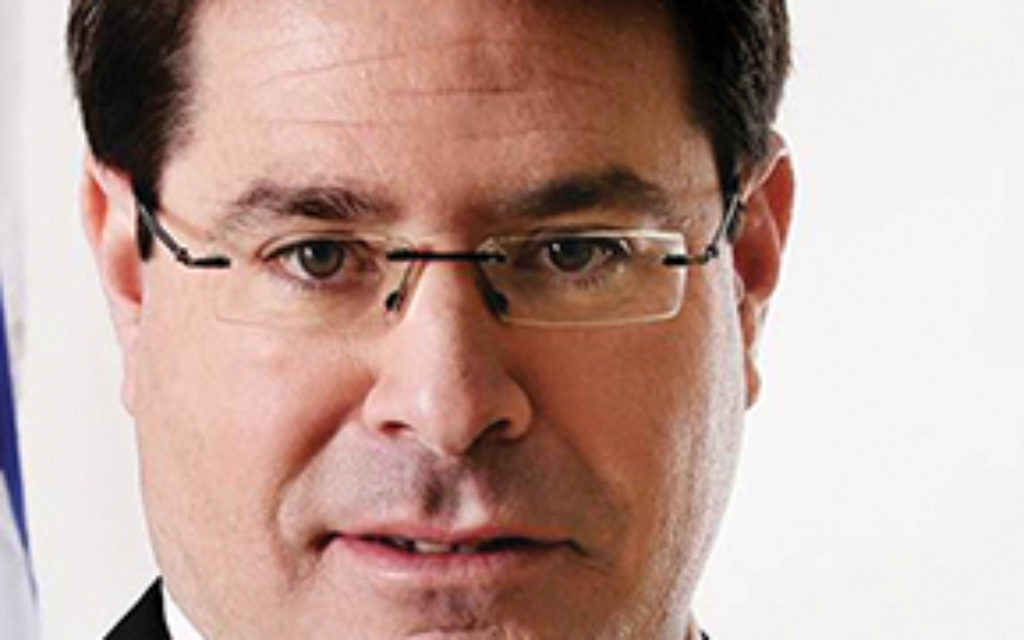 Ofir Akunis was recently appointed to a ministerial post in Israel’s communications ministry. A former deputy speaker of the Knesset to which he was elected in February 2009 and a former spokesman of the Likud Party, Akunis, 42, had served as a deputy minister in the Prime Minister’s Office. He was in the city as a representative of the Israeli government at Sunday’s Celebrate Israel Parade.

Q: You have been in the forefront of explaining Likud’s ideology and justifying the Israeli government’s policies abroad. What have you learned that you might use in your new position?

We have talked of the terror government the Palestinians established. We needed to protect ourselves [from Hamas rocket attacks last summer] when we fought Hamas for almost two months. And there is still a terror government headed by Mahmoud Abbas that Hamas is a part of. We need to negotiate with them? It is illogical, it is not possible and it won’t be. They are a terror organization. We want peace with the Palestinians, but they should want peace with us as well — and I’m not convinced they want peace.

The Israel Broadcasting Authority’s English-language television service has been offered free worldwide for the last two years. But there has been some doubt about its future. Do you favor keeping it?

There is supposed to be a big reform at IBA starting at the beginning of October. But it is very important for IBA to continue to broadcast in Hebrew, in Arabic and in English as well. It is very important. And the new government should discuss the reforms again because they are very complicated and there are a lot of problems with them.

Do you favor a proposed law that passed a first reading in the last Knesset — but died when the government collapsed — that would outlaw free newspapers in order to level the playing field?

I voted against the suggestion. If someone publishes a newspaper and it’s free, it is good for the people of Israel. I don’t think in a democratic state like Israel that a member of the Knesset should propose a bill [that in effect] would close a newspaper. A member of the Knesset from Labor brought the bill. I can’t imagine a situation in which we would close a newspaper or radio or TV station with a bill. It is impossible. Israel is the only democracy in the Middle East, and we need more media to open the market.

What do you say to those who contend the prime minister is keeping the communications ministry for himself in order to spread his worldview?

They are wrong. We want more opinions in the Israeli media so that people like the right wing or even in the center will have TV or radio stations.

French Foreign Minister Laurent Fabius has announced plans to soon travel to Israel, Egypt and the Palestinian territories in an effort to restart Israeli-Palestinian peace talks. He says if there is no agreement in 18 months, France is prepared to recognize a Palestinian state.

We will not do one thing under pressure — a timetable is out of the question. It is impossible to work with this tight schedule. The Israeli-Arab conflict has been going on for years — and is not about settlements but the existence of Israel. They don’t want Israel. This is the truth. Abbas has said he will not recognize Israel as a Jewish state; we insist he declare it. There are 1.2 million Arab citizens of Israel, which is a Jewish and a democratic state.