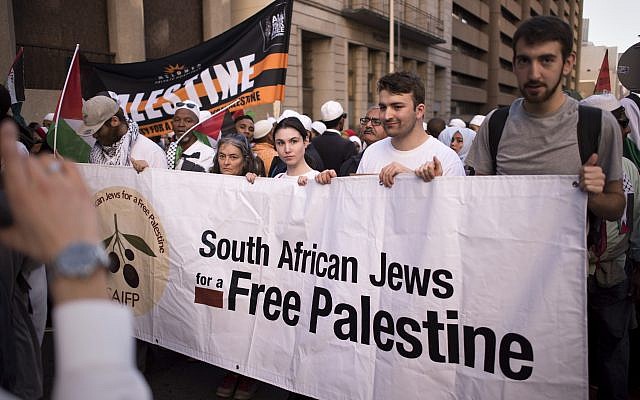 On Wednesday, April 3, South Africa’s Foreign Minister Lindiwe Sisulu announced that South Africa will not send another ambassador to Israel and their Embassy in Tel Aviv will become a Liaison Office. She explained, “We are in the process of following the downgrade resolution of the ruling party and stage one has been completed.”

Last year, when America moved its embassy from Tel Aviv to Jerusalem and recognized Jerusalem as Israel’s capital, many Palestinians participated in a series of violent protests at Israel’s borders led by Hamas called the Great March of Return. Amidst the turmoil between the Palestinians mobs and the Israeli border security, 55 Palestinians died, prompting South Africa to remove Ambassador Sisa Ngombane from their Tel Aviv office on May 14.

The newly declared Liaison office will have limited power; it will have neither political nor commercial authority and its only focus “would be on consular and the facilitation of people-to-people relations,” according to Sisulu’s speech to the South African Institute of International Affairs.

Jewish officials in South Africa are outraged by this decision, calling it a “gross double standard against the Jewish state.” They asserted that, “By withdrawing its ambassador, South Africa is essentially walking away from playing any meaningful role in finding a sorely needed resolution to the conflict.”

South Africa’s actions against Israel go beyond recalling their ambassador. The University of Cape Town (UCT), Africa’s top university, recently voted to forbid formal relationships with Israeli academic institutions. UCT’s senate passed the resolution on March 15 with 62 for, 43 against, and 10 abstentions; however, on March 30, UCT’s council blocked this resolution, claiming “It was the view of the Council that a number of issues required clarification,” which includes a “full assessment of the sustainability impact of the Senate resolution.”

Prior to the Council’s decision, two of South African Jewish Board of Deputies (SAJBD) Rael Kaimowitz and chairman of South African Zionist Federation (SAZF) Rohe chairmawan Polovin issued a joint statement condemning the UCT Senate. They accused them of betraying “the university’s long and honourable record of upholding the values of academic freedom, even during the difficult years of the apartheid era” and added, “at leading universities throughout the world, attempts to institute academic boycotts against Israel have been consistently rejected. Why would UCT decide to do otherwise?” They highlighted the Senate’s bias against Israel by pointing out that there are many countries “where grave infringements of human rights are genuinely taking place but which no academic boycott has been considered.” Jewish UCT students, parents and alumni created an online petition which garnered around 4,500 signatures to publicly declare their dissent with the Senate’s resolution.

The Academic Freedom Committee (AFC) has been trying to implement a boycott against Israel since 2017. They issued a recommendation in late 2017; however, the Senate refused to consider it, recognizing the boycott as biased against Israel as it singles out Israel’s specific situation while ignoring the grander human rights violations of numerous other countries. In September 2018, the Senate voted on the resolution, but it did not win the majority required to pass.