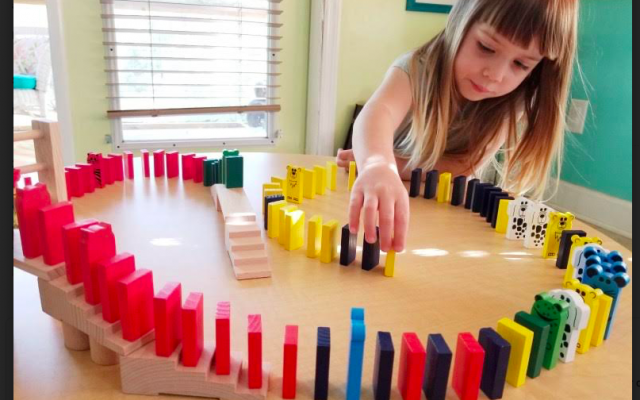 Thanks to one of my nephews, whenever I hear the word “sorry”, I immediately start thinking of a song and game he created. There is only one word to this song, and it is “sorry”. The rules are simple: while singing the song, we take the pieces of a wooden shaped puzzle and stand them on their sides like dominos. Once the structure is built, I sing while trying to knock it down with sneaking fingers, but he grabs my hand and curls into my lap for a hug. We do that a few times before knocking it down, and then start building it all over again.

If only saying sorry, accepting another person with open arms, and being willing to cut down and change one’s self was as easy as playing this game with a two-year-old.

Real teshuva, both with God and with other people, is difficult. We force ourselves into spaces of vulnerability. We start by looking back at all that we might have done this past year, and recognise the times we were wrong. Recognise the times we might not have not have treated others in the best way we could have. When we are trying to reconcile with other people, we must find the courage and strength to go over to that person and apologise for that specific action, as we learn in the Mishna in Yoma (8:9): “Yom Kippur atones for transgressions between a person and God, but for a transgression against one’s neighbour, Yom Kippur cannot atone until he appeases his neighbour”.

If only saying sorry, accepting another person with open arms, and being willing to cut down and change one’s self was as easy as playing this game with a two-year-old.

The Rambam in the Mishneh Torah (Laws of Repentance, 2:9), explains this idea further:

As the Rambam encourages, the process of teshuva is a difficult one.  We must not only try to right our wrong with other people, but we must also ask forgiveness for causing the hurt in the first place.

As difficult as it is to ask for forgiveness, at times it is equally as difficult to forgive another person. There are some actions for which an apology will never be enough or even acceptable, and the time for forgiveness might be a lifetime. But for the most part, we are being asked during the Aseret Yemi Teshuva, the 10 Days of Repentance, to forgive those people around us, to go into that hug. We are being asked to take a step back into ourselves and welcome that person back into our lives. To see how much it has taken that person to come to apologise. To trust that person is speaking the truth, that they have changed their ways and will continue to be different. It is also in that embrace that I am committing to allowing that person to act in their new and different way, even if at first I might be sceptical or the way they are acting feels foreign.  I am saying that I am accepting that person’s new self, and in exchange I too will act differently.

As difficult as it is to ask for forgiveness, at times it is equally as difficult to forgive another person. There are some actions for which an apology will never be enough or even acceptable, and the time for forgiveness might be a lifetime.

The final part of my nephew’s game, and of teshuva, is the time not only of knocking down, but also of rebuilding. We have committed to changing our ways, but it is not the essence of ourselves that we will be changing. The foundation and the blocks are going to be the same. They might even be stacked in the same order. But it is in the restacking and rebuilding in this new time that we are committing ourselves to try to be a different, better version of ourselves in the upcoming year.

May this year be a year of positive rebuilding and change. A year of health, happiness and peace.

Rabbi Eryn London is the JOFA UK scholar in residence 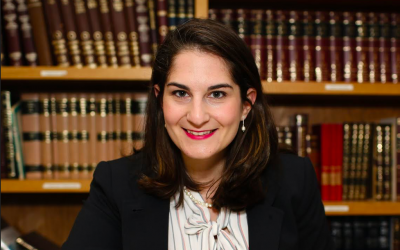