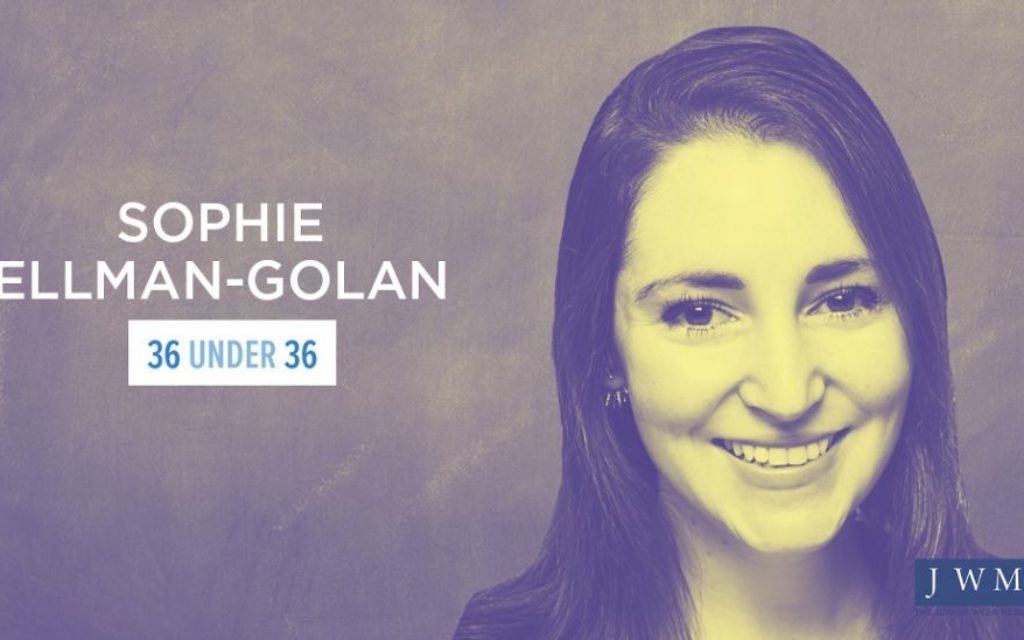 Sophie Ellman-Golan calls herself an activist and a communicator. It’s an apt description for the deputy head of communications of the Women’s March, the activist group that led the march on Washington in January 2017 and continues to advocate for progressive causes. But communication can be tough when the frantic tone of public discourse is set by Twitter tirades and polarizing Facebook posts.

“I’m constantly trying to communicate between people,” said Ellman-Golan. “But also to communicate across different perspectives that people might not be aware of.”

From the frontlines of a progressive movement, Ellman-Golan often finds herself facilitating conversation between the Jewish community and the activist world she calls home. The role can be exhausting for the 26-year-old, who feels the burden of representing the Jewish community in activist spaces. But she’s also embraced it, believing that bridging the divides between these communities is essential to stemming the rising tide of anti-Semitism.

“There’s a lot riding on me and I take that responsibility very seriously,” she said.

“I believe in trying to drive people into conversation with us.”

“I know we’re scared and we don’t always feel welcome but we have to show up anyway,” she said. “We need to get over this idea that Jews are uniquely the ones who don’t feel welcome in spaces.”

With recent controversy over Louis Farrakhan, a leader of Nation of Islam who is supported by some leaders of the Women’s March, Ellman-Golan has been forced to reckon with anti-Semitism in her own activist community. She sees her relationships and the trust she has with leaders of the movement as a way into conversations about why Farrakhan’s statements are hurtful to Jews.

Trekkie: Ellman-Golan has seen every episode of the original “Star Trek” series.