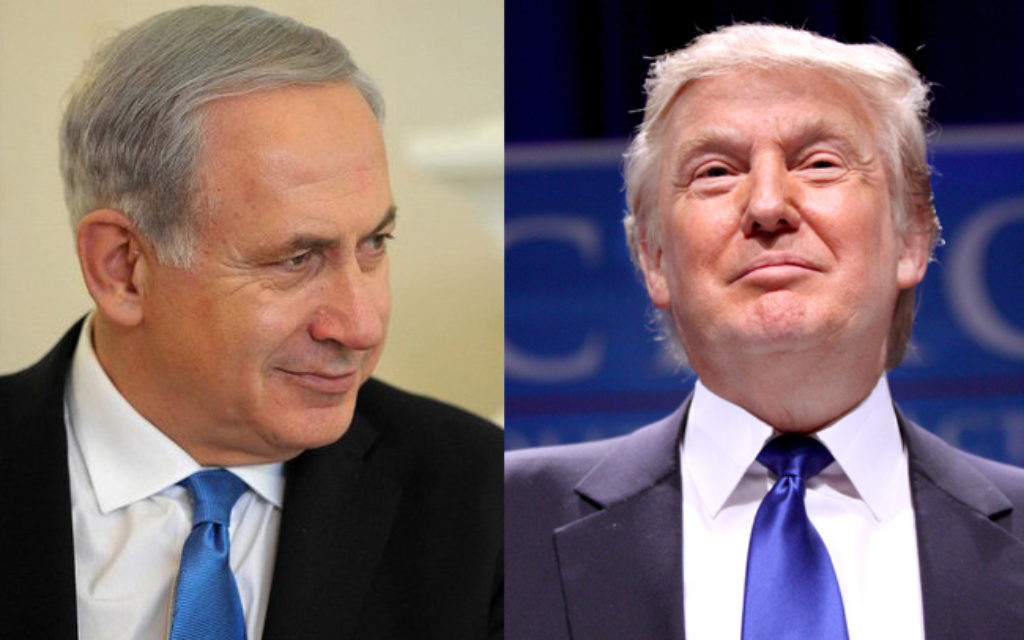 Jerusalem – A planned visit to Israel by Republican presidential front-runner Donald Trump drew a welter of criticism from across the Israeli political spectrum on Wednesday (Dec. 9) over his call for a ban on Muslims entering the United States.

The prime minister’s office would not confirm that Benjamin Netanyahu would host Trump but Israeli media said a meeting was fixed for Dec. 28. Sources were quoted as saying the event was agreed before Trump’s remarks on Monday, and that Netanyahu “does not agree with everything said by every candidate.”

Foreign notables generally get the red-carpet treatment in Israel. For those running for high office, this can mean more votes at home. With Israel and the United States being close allies, and the right-wing Netanyahu seen as aligned with the Republicans, Trump may hope his visit will bolster his foreign policy credentials ahead of the U.S. election in November 2016.

Playing to U.S. fears about radical Islam after the California gun rampage, Trump has shrugged off domestic and international outrage at his comments. He said on Twitter he was “very much looking forward” to visiting Israel by year’s end.

Israeli politicians of various stripes condemned Trump’s remarks and said the visit should be blocked. Ahmad Tibi, a lawmaker from Israel’s 20 percent Arab minority, said he had asked for the “neo-Nazi” not to be admitted to the parliament.

That call was echoed by Omer Bar-Lev of the main center-left opposition party, the Zionist Union, who on Twitter deemed the real-estate billionaire turned Republican candidate a “racist.”

The censure was joined by Netanyahu’s right-wing Likud party. Energy Minister Yuval Steinitz, a senior Likud lawmaker and Netanyahu confidant, described Trump’s rhetoric on Muslims as harmful from an Israeli and U.S. standpoint.

“I recommend fighting terrorist and extremist Islam, but I would not declare a boycott of, ostracism against or war on Muslims in general,” Steinitz told Israel’s Army Radio.

“We in the state of Israel have many Muslim citizens who are loyal,” he said. “On the contrary, the extremists and the terrorists should be distinguished from the loyal citizens, and in the United States, too, there are loyal Muslim citizens.”

Marc Zell, vice-president of Republicans Overseas and a party representative in Israel, had harsh words for Trump.

“He is a demagogue. And we as Jews, and also as Israelis, know what a demogogue is, historically,” Zell told Army Radio in a separate interview, saying he was voicing his own opinion rather than a formal Republican position.

“The Republican party has a long list of candidates worthy of the presidency, and we have to change the leadership in the White House, which has caused a lot of damage, but Donald Trump is not the answer,” Zell said.

There was no immediate response to Trump’s plans from Israeli President Reuven Rivlin, who was visiting Washington and scheduled to meet U.S. President Barack Obama on Wednesday.