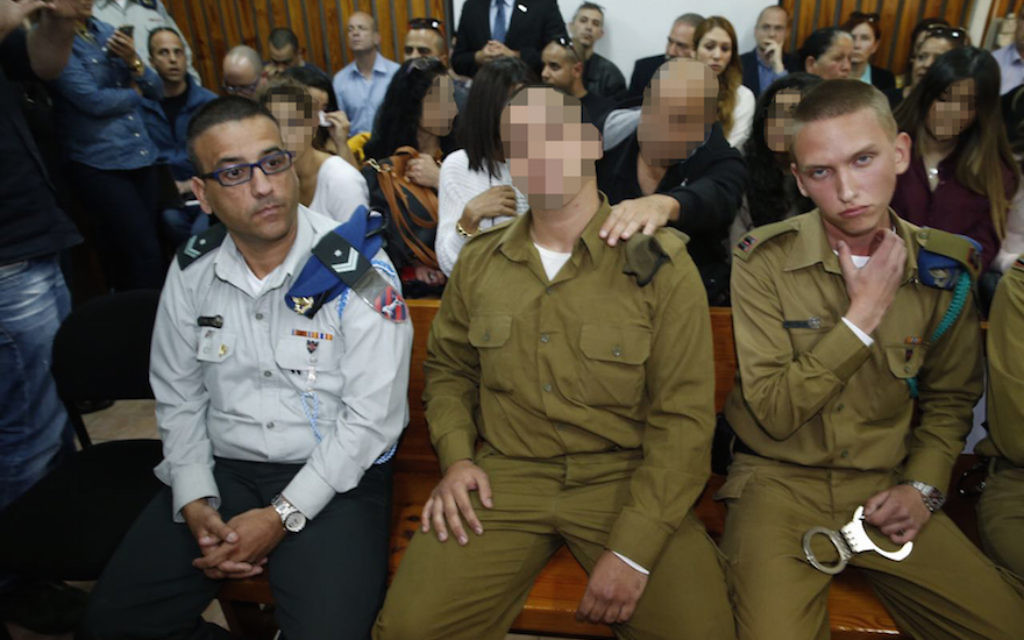 Jerusalem — The Israeli soldier who was captured on video shooting an already downed Palestinian assailant in the head was charged Monday with manslaughter.

The charge in Jaffa Military Court marked the first time in over 10 years that an Israeli soldier has been charged with manslaughter for a killing that took place during field operations, according to Haaretz..

The soldier, whose name is being withheld under a gag order, last month shot Abdel Fattah al-Sharif in Hebron, a West Bank city that has been a focal point of a seven-month wave of Palestinian violence against Israelis. He arrived on the scene after al-Sharif and an accomplice had stabbed Israeli soldiers and the accomplice had been killed.

The soldier has said that when he shot al-Sharif, who was supine and unarmed, he feared the Palestinian might be about to detonate an explosive.

Meanwhile, a rally scheduled for Tuesday in Tel Aviv in support of the soldier will go forward without its headliners.

On Monday, the popular singer Eyal Golan said he would not participate, a day after saying he would sing at the rally to support the soldier and his family.

“To my regret, a part of the public took this to a place of values ​​and democracy, while all I wanted was to do was sing and embrace, in the name of art and myself as a singer, as a person. Unfortunately, I see that there are those who take my desire into the political realm, as though I am declaring war against the army.”

He called on the soldier and his family to “stay strong.”

Singer David D’Or also canceled his participation, citing the politicization of the event and a conflicting engagement.

The rapper Subliminal on Monday said he would participate in the rally.