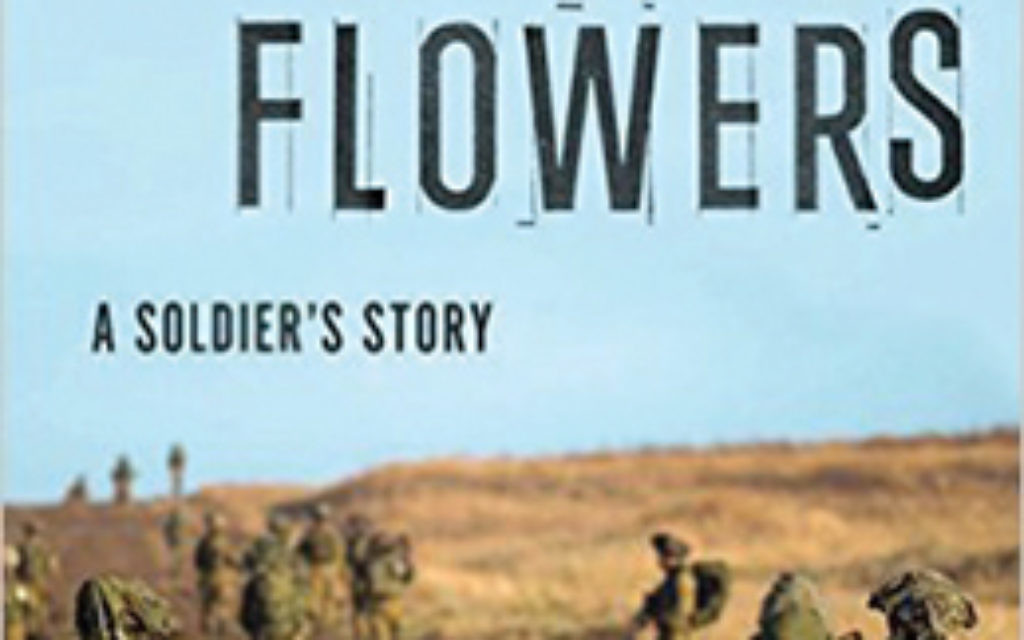 Editor’s Note: The following is an excerpt from “Pumpkin Flowers,” journalist and author Matti Friedman’s just-published memoir about his and his contemporaries’ experiences in the IDF in southern Lebanon, a buffer zone protecting the Israeli north, in the late 1990s. “The Pumpkin” was the name given the outpost where Friedman served. The war began with an IDF invasion in 1982 and Israeli forces remained in Lebanon until 2000, enduring terror attacks until the army decided to leave, blowing up its outposts as it left — a sad end to a long and unresolved war.

I was sitting not long ago along one of the boulevards in Tel Aviv. The Middle East had succumbed to chaos and butchery dwarfing our own conflict in one tiny corner of the region. But our country was calm again, at least for a time, thanks not to anyone’s goodwill but to the force of our arms.

The promenade was full of teenagers in tank tops, tattooed riders of old-fashioned bikes, men with women and men with men and women with women, speaking the language of the Bible and of Jewish prayer. There were old people sipping coffee outside a restaurant, and some music. The country was going about its improbably cheerful business on a weekday evening.

Beyond the city were the neighborhoods of middle-class apartments with lots of company Mazdas, the kinds of places where I found many of the men from the Pumpkin when I went looking for them to write this book, most having first passed through Goa or the Andes for decompression before coming back to their families, finding work as programmers and accountants and settling down to watch their kids on the swings. All of this is more than our grandparents, the perpetual outsiders of the ghettoes of Minsk and Fez, had any right to expect. But it seemed for the moment — and this can happen to me in a café in my corner of Jerusalem, or picking up my children at school, anytime — that the buildings on either side of the boulevard were embankments, and the sky a concrete roof.

The Israel that arrived in Lebanon in 1982 was still imaginative and light on its feet, however unwise its ideas and however wretched their execution. The point is that we thought we could make things happen. The invasion was supposed to effect a dramatic change in our surroundings, just as in the nineties, the years of this narrative, many of us believed that such a change would be engineered not by force but by compromise. Underlying these very different enterprises was the same sentiment – our fate was malleable, and it was ours to shape. But most of us came to understand in the year of the Pumpkin’s destruction that we were wrong. We might make good choices, or bad choices, but the results are unpredictable and the possibilities limited. The Middle East doesn’t bend to our dictates or our hopes. It won’t change for us.

When these things began to be clear something interesting occurred. People in Israel didn’t despair, as our enemies hoped. Instead they stopped paying attention. What would we gain from looking to our neighbors? Only heartbreak, and a slow descent after them into the pit. No, we would turn our back on them and look elsewhere, to the film festivals in Berlin and Copenhagen or the tech parks of California. Our happiness would no longer depend on the moods of people who wish us ill, and their happiness wouldn’t concern us more than ours concerns them. Something important in the mind of the country — and old utopian optimism — was laid to rest. At the same time we were liberated, most of us, from the curse of existing as characters in a mythic drama, from the hallucination that our lives are enactments of the great moral problems of humanity, that people in Israel are anything other than people, hauling their biology from home to work and trying to eke out the usual human pleasures in an unfortunate region and an abnormal history.

It seems to me now that the Lebanon outposts were incubators for the Israelis of the age that followed the outposts’ destruction: allergic to ideology, thinkers of small practical thoughts, livers of life between bombardments, expert in extracting the enjoyment possible from a constricted and endangered existence. The former soldiers are people used to political currents of immense complexity and capable of ignoring them. They didn’t come back from Lebanon and devote themselves to politics, defense, or settling the frontiers but rather to the vigorous and stubborn building of private lives, and these combined energies have become the fuel driving the country. Israel isn’t a place of slogans anymore, certainly not the Zionist classics “If you will it, it is no dream,” or “We have to come to the Land to build and be rebuilt.” But if one were needed now, why not recall [my IDF officer] Harel’s laconic explanation of how he went back to the army after the funerals of every single member of his platoon but him? I don’t think we could do better than “on the bus.”

When Hezbollah attacked a border patrol inside Israel in the summer of 2006, triggering a month of fighting, my parents’ town was hit by several hundred rockets and was nearly deserted. I reported the war and remember the eerie sight of traffic lights blinking yellow along a main street devoid of pedestrians or traffic. The day after the shooting the town filled with people as if nothing had happened. Less than a year later I counted eight new cafes and restaurants on the same street.

Making do in this way is perhaps a fundamental national ability, something Jews have done throughout the centuries no matter how inhospitable the soil. It reminds me of the impromptu rave that erupted in one of our bunkers one night in 1999, with shirts off, military light sticks glowing green and orange, and “The Rockafeller Skank” on repeat. Laughter inside the perimeter; outside, the quiet of the trench and young men in guard posts.

This is all, in other words, very familiar. Sometimes the Pumpkin seems more present to me now than it did when it existed.