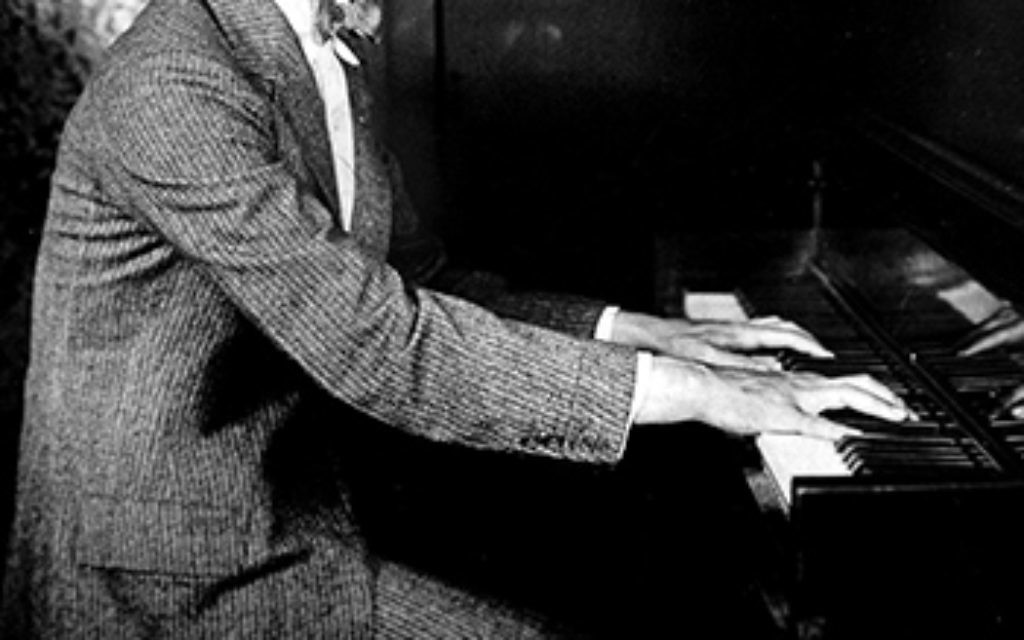 Many artists have a sense of place, from where they emerge and return, be it Dolly Parton’s Tennessee mountain home, Garrison Keillor’s Minnesota, or the Beatles’ “Penny Lane.” In the 20th century, many Jewish artists, such as Irving Berlin, didn’t think they had that luxury. With “I Pity the Poor Immigrant,” Bob Dylan could have been singing about Berlin, a child émigré, “when his gladness,” assimilation into the larger culture, “comes to pass.” After all, “Everyone needs a Lower East Side,” said Berlin of his childhood but, pity the poor immigrant, Berlin never artistically returned.

Philip Roth, in “Operation Shylock,” his wry 1993 ode to “anxious assimilationists,” praised Berlin as “the greatest Diasporist of all,” the man who made America safe for assimilation. Berlin took Easter and Christmas, “the two holidays that celebrate the divinity of Christ,” writes Roth, “and what does Irving Berlin brilliantly do? He de-Christs them both! Easter, he turns into a fashion show and Christmas into a holiday about snow. Gone is the gore and the murder of Christ — down with the crucifix and up with the bonnet! He turns their religion into schlock. But nicely! Nicely! So nicely the goyim don’t even know what hit ’em. They love it. Everybody loves it. The Jews especially. … If supplanting Jesus Christ with snow can enable my people to cozy up to Christmas, then let it snow,” writes Roth. “I took more pride… in ‘Easter Parade’ than in the victory of the Six Day War… Better Irving Berlin than the Wailing Wall.”

“White Christmas” was first performed by Bing Crosby on the radio, Christmas Day, 1941, 18 days after Pearl Harbor. No one seemed to realize, in that anxious December, that another war, albeit more gentle, the so-called “war on Christmas,” was underway, as well. Of course, if it were only Jews such as Roth that loved “White Christmas” it wouldn’t have topped the hit parade for nearly three months — and in 75 Decembers after that.

Berlin died in 1989, but not really. He’s as alive as Tom Joad, he’s everywhere. Every seventh inning stretch in Yankee Stadium is preceded by Kate Smith’s recording of his “God Bless America.” Every December, “White Christmas” is omnipresent in department stores and car radios. The Roundabout Theater’s “Holiday Inn: The New Irving Berlin Musical” is opening in Manhattan in the fall. This year there will be exhibits or symposiums about Berlin everywhere from the Eldridge Street Synagogue to the Museum of the City of New York to Ellis Island to South Street Seaport to the Museum of Jewish Heritage.

Through July 10, the Morgan Library & Museum is displaying the first published sheet music (1939) of “God Bless America,” inscribed by Berlin. Originally written in 1918 but cut from a revue, it was filed away for 20 years before being revised and revived by the composer in 1938, in reaction to the rise of Nazi Germany. Performed on radio by Kate Smith, who became as synonymous with that song as Crosby became with his, Smith’s version can be heard at the Morgan, alongside the inscribed edition, published a few months after Smith’s performance.

Amy Stein-Milford, deputy director of the Museum at Eldridge Street, tells us that Berlin (born Yisroel Isidore Baline) “came to New York when he was five,” in 1893, “his family settling on the Lower East Side,” not far from Eldridge Street. His father was a cantor, so he had a strong Jewish musical connection. At a very young age, he started performing Yiddish songs and vaudeville. We were surprised to find how many of his early songs had Yiddish in the title or lyrics, such as ‘The Yiddisha Eskimo,’ which is not,” she laughed, “one of the more popular songs in his repertoire.”

Where the weather is cold as ice.

… there ain’t much fun in … the midnight sun

Living in a house of snow without a steeple

I’m one of God’s frozen people.”

Cast members of the upcoming “Holiday Inn” performed “The Yiddisha Eskimo” (originally written for Fanny Brice) last Sunday, when the Eldridge Street museum presented songs and stories testifying to “The Early Life of Irving Berlin: Talk and Music.” Also on the bill was a historian from the Red Star shipping line, who explored what it would have been like for 5-year-old Yisroel to have made an ocean-crossing journey.

Stein-Milford said the show “focus[ed] on Berlin’s humble beginnings: born in Belarus, fleeing pogroms like millions of others, to live in the teeming slums of the Lower East Side. He went on to write thousands of songs, ‘Alexander’s Ragtime Band,’ ‘Blue Skies,’ ‘Oh, How I Hate to Get Up in the Morning,’ ‘Puttin’ On The Ritz,’” though, she added, ‘White Christmas’ seems to distance him from his Jewish childhood.”

The song distanced him from some Americans, such as Garrison Keillor, as well. Keillor acknowledged, in his “Old Scout” column, that “White Christmas” was hardly the first generic holiday song, pointing out that at the Unitarian First Church of Cambridge, Mass., where Ralph Waldo Emerson preached, “I discovered that ‘Silent Night’ had been cleverly rewritten to make it more about silence and night and not so much about God … but it is wrong, wrong, wrong to rewrite ‘Silent Night.’ If you don’t believe Jesus was God, OK, go write your own damn ‘Silent Night’ and leave ours alone. This is spiritual piracy and cultural elitism, and we Christians have stood for it long enough. And all those lousy holiday songs by Jewish guys… Christmas is a Christian holiday — if you’re not in the club, then buzz off,” writes Keillor, “but don’t mess with the Messiah.”

On the other hand, a few years ago in National Review, a publication that has long monitored the “war on Christmas,” Michael Rosen wrote about being an Orthodox Jew “and I love Christmas music,” even relishing “the Christmas canon [for] the strongly religious nature of the spiritual songs. … Nowadays, where Christianity flourishes, Judaism thrives. But where secularism reigns, and where Islamism prevails, Jews find themselves under assault. … Do I get strange looks from passersby when, wearing my yarmulke, I’m whistling ‘O come let us adore him, Christ the Lord’? Absolutely. But such are the wages of being Jewish in America in the modern era. And I wouldn’t have it any other way.”

Like so much in the realm of the soul, we can hardly suppose Berlin’s lack of serenity when he composed the bittersweet “White Christmas.” His first wife, who was Jewish, died on their honeymoon. His second wife, who was Christian, gave birth to their son, also named Irving Berlin. The father wrote a song for baby Irving, “My Little Feller,” but the baby died Christmas Day. The infant was not Jewish, but December 1941, when the song premiered, would have been the month of the child’s bar mitzvah. “Everyone needs a Lower East Side,” Berlin said. How did he get from there to here, he may have wondered?

His best-selling song was ostensibly about Christmas (that’s what Jewish songwriters of that era thought they had to do) but even more about snow, as Roth said. It was a song of exile and loneliness, as sad and simple as a psalm. The song was introduced in 1941, three months after the first killings in Auschwitz, 18 days after the first gas chambers opened in Chelmno, 18 days after Pearl Harbor. The timing was surely not Berlin’s intention, but his song, born of lamentations, fit the time.

As Carl Sandberg wrote later in the war, 1941 was when we “learned to be a little sad and a little lonesome,” a lesson Jews keep learning.