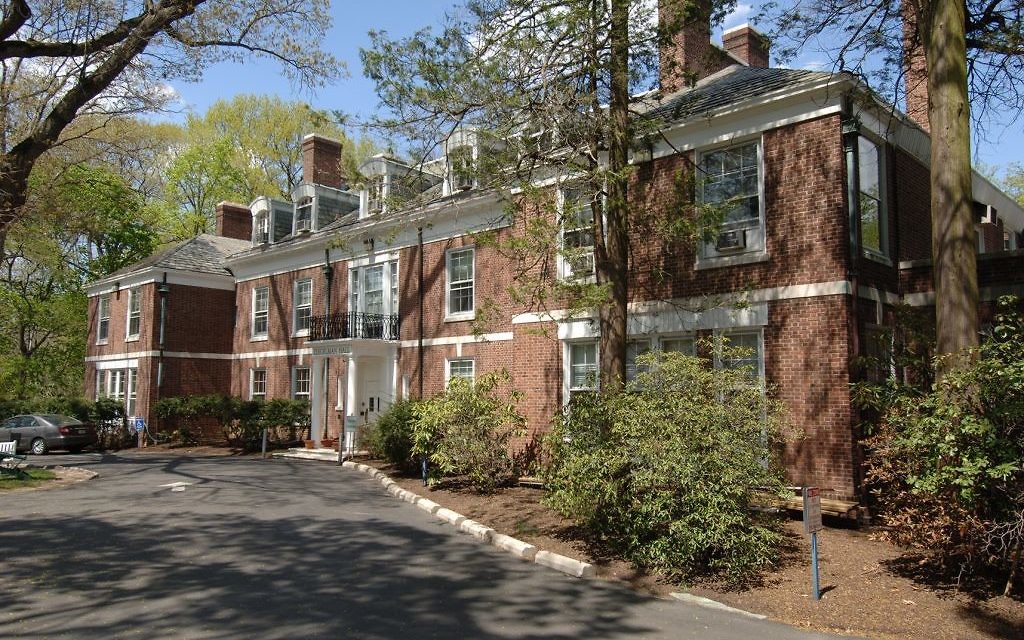 The much-anticipated policy change by the seminary’s faculty, which was voted on the day before Yom Kippur and announced on Wednesday, makes the movement the first stream of Judaism to officially permit clergy involved in relationships with a non-Jewish partner.

Reconstructionist rabbis in the field are split on the issue, with some thrilled at the outcome and others deeply distraught. Among the opponents, some are reluctant to publicly criticize the move on the record, others are voicing outright dismay and still others are reassessing their own and/or their congregation’s future relationship with the movement.

More than one rabbi voiced a reaction similar to a congregational rabbi who asked not to be named: “It’s a decision I would rather have not been made. I don’t think it’s a good decision for our movement or for the Jewish people,” the rabbi said.

Sandra Lawson, one of several current RRC students involved in an interfaith relationship — and one who will be most directly affected by the new policy — had a predictably different view. She said she was “excited that the school made the decision it did.”

“I believe it’s a move in the right direction,” said Lawson, who married her non-Jewish partner, Susan Hurrey, in August. Speaking via Facebook from Israel, where she arrived this week to spend a semester, Lawson, an African-American who converted to Judaism, added: “As far as our marriage goes, it just means that if Susan converts, it will be when she is ready and not by someone else’s timeline.”

The new rabbi at the Society for the Advancement of Judaism in Manhattan, which was founded by Rabbi Mordecai Kaplan, the founder of Reconstructionist Judaism, expressed an ambivalence similar to many Reconstructionist rabbis in the field.

Rabbi Lauren Grabelle Herrmann, who began her term in July, lauded the process that reached out to those beyond the college, but said it was a “tough call. I can really see both sides of the issue and both viewpoints have a lot of validity.”

She said she wanted to honor the “important role that interfaith families have in our community” and she believes that particularly among rabbis doing social justice or pastoral work outside the congregational setting, whom they marry is irrelevant to the work they are doing.

“Why bar people who would be very talented rabbis and pastors if they are doing good work in the world?” she wondered.

Rabbi Deborah Waxman, president of RRC, insisted that after a long and arduous process within the movement she has headed since January 2014, the decision to revoke the RRC policy banning the admission and ordination of students involved in interfaith relationships is the right move at the right time.

“We are proud to be the first to act in this way, and we don’t think we will be the last,” she said in a phone interview soon after announcing the decision Wednesday morning.

“We see the value of these inter-partnered Jews” and believe that “some of them will make outstanding rabbis.”

“We no longer want to prevent very wonderful and engaged Jewish leaders from becoming rabbis,” Rabbi Waxman said, asserting that intermarried Jews have already become “extraordinary” lay leaders in Reconstructionist congregations. “We believe that rabbis can be among those leaders.”

“The issue of Jews intermarrying is no longer something we want to fight or police,” she added. “We want to welcome Jews and the people who love us to join us in the very difficult project of bringing meaning, justice, and hope into our world.”

The Reform movement considered a similar move in 2014, but after an extensive exploration of the issue, decided not to change its policy barring the admission and ordination of students involved in interfaith relationships.

Rabbi Aaron Panken, president of the Reform movement’s Hebrew Union College — Jewish Institute of Religion since June 2014, said there was extensive opposition to changing the policy, particularly among the HUC faculty and current Reform rabbis who argued that rabbinic leadership should be held to a different standard than the rest of the community, even in the Reform movement, which in many ways has led the way in outreach to interfaith families.

But in an interview over the summer, he left open the possibility that this position might change over time in the country’s largest stream of Judaism.

The controversial decision, made by just 16 voting faculty members of the Reconstructionist movement’s seminary, comes at a time of growing fiscal and sociological pressures. RRC merged with the congregational arm of the Reconstructionist movement in 2012 to address some of those economic pressures. The seminary’s enrollment and applicant pool has been shrinking — just eight students graduated this year, the same number as the newest class. The low numbers are threatening the school’s financial well-being and possibly even its accreditation. Opening the doors wider, the thinking goes, would bring in more applicants.

Rabbi Waxman said the decision was driven by “a commitment to principles and a vision for the future” rather than by the dwindling numbers. But she acknowledged that the school could benefit.

Jews under the age of 40, regardless of their relationship status, she said, “see the existence of this policy as deeply problematic and chauvinistic.”

She said she expects there will be an appreciation of the policy change among younger Jews and hopes that “among them, some will be interested in becoming rabbis.”

RRC has long been known as a welcoming institution for gay and lesbian students. It was the first movement to accept openly gay students in the mid-1980s, with the Reform seminary following soon after and the Conservative movement doing so only in the past several years.

The RRC faculty first voted to change its so-called Non-Jewish Partner policy in December 2013 without the knowledge of the rest of the movement, prompting considerable dissent. Rabbis and congregations argued that such a dramatic change in policy demanded a wider discussion.

RRC officials responded by opening up the process in advance of a second faculty vote, which is required of all policy changes. They sought input from — and dialogue with — the Reconstructionist Rabbinical Association membership and asked their 100-plus congregations to engage their communities in a discussion and present a consensus position. Only 30 congregations complied with the request.

In a letter that went out to some 15,000 constituents and community leaders on Wednesday, Rabbi Waxman emphasized that along with the revocation of the Non-Jewish Partner policy, the college has “strengthened our admissions standards on reviewing an applicant’s commitment to Jewish continuity in their personal, familial and communal life.”

While Rabbi Waxman portrayed this addition as a compromise position, addressing concerns she had heard expressed, Rabbi Lester Bronstein, the spiritual leader of Bet Am Shalom in White Plains, said of all the compromise positions on the table, he thinks the one chosen was the most problematic.

This choice is “intrusive on the personhood of any of the candidates,” Rabbi Bronstein told The Jewish Week on Wednesday. It says you “can marry whoever you want but we’re going to police the vitality of your Jewish practice at home.”

Rabbi Bronstein, who has been outspoken in his opposition to a policy change and was instrumental in demanding that the process be open to the wider movement, went even further in expressing his disappointment.

“In response to this announcement, our board will appoint a committee to create a process where we, as a congregation, will engage in serious study, reflection, and discussion regarding our relationship to this policy change and to our movement,” a draft of the letter to his congregation said.

“There are no foregone conclusions as a result of this announcement, and our leadership and clergy remain committed to engaging in the process along with you, the members of our congregation.”

The new head of the movement’s Reconstructionist Rabbinical Association said she has already been inundated with emails this week, with some of her group’s 350 members applauding and others denouncing the decision.

The RRA members, only a minority of whom serves in congregations, are very diverse, said Rabbi Elyse Wechterman, who assumed her new role at the beginning of September. “We are not saying this is the greatest thing since sliced bread nor the worst thing to befall the Jewish people. Our rabbis are all over the place, and we are grateful the movement can have this diversity.”

At the same time, she acknowledged that some rabbis were likely to withdraw their membership, though she did not yet have the numbers to verify that.

Rabbi Mychal Copeland, who was a student at RRC in what she called a somewhat “closeted” interfaith relationship with a woman whom she has since married, is definitely not in that group. She said she is “thrilled” by the decision.

“There’s a powerful message for people who want to become rabbis, that they can be models, that their relationship isn’t a liability,” said Copeland, who now serves as the director of Interfaith Family in San Francisco, a group that helps engage interfaith families in Jewish life. This sends a message that if someone in an interfaith relationship can be a rabbinic leader, it means you can “have a rich Jewish life without the judgment and stigma that has come with it. This may even be the way to speak to a new generation.”

For her part, RRC president Waxman declined to reveal the breakdown of the RRC faculty vote — and all faculty members appeared to be under strict instructions not to discuss it. She said those involved were well aware of the gravity of this decision.

“No one in the process takes this historic decision lightly. We do feel that it reflects some of the realities in Jewish communities today,” Rabbi Waxman said. “Reconstructionism has always been predicated upon changing as Jews and Judaism change, even when these changes are emotionally challenging.”

Lisa Hostein is a former editor in chief of JTA and of the Jewish Exponent in Philadelphia.