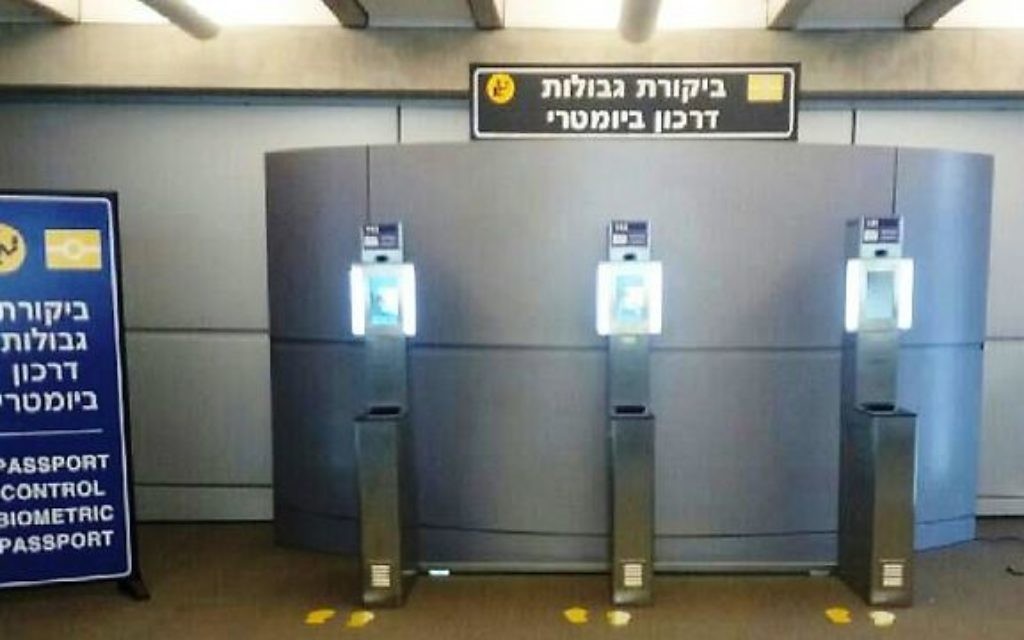 Ben-Gurion airport has introduced a new border-control system for holders of biometric passports, which will allow these lucky passengers to bypass the lines at passport control entirely, Yedioth Ahronoth reports.

These passports, also known as “e-passports,” contain an electronic chip with biometric information of the passenger, which can be scanned electronically.

In Israel, biometric passports include the passengers fingerprints and facial recognition information such as bone structure and the distance between one’s features. Other countries might use other biometric information such as retinal scans. When passengers get to the airport, they are scanned and the data is compared to the information on the passport, which officials say makes it virtually impossible to forge, according to Yeshiva World News.

The system has proven controversial in Israel amid concerns that the database of biometric information could be hacked.

The new machines are located at each of the three “arms” at Terminal 3, and allow holders to undergo the passport check straight off the plane. The director general of Ben-Gurion Airport, Shmuel Zakai, has advised passengers planning a trip to apply for an e-passport to ensure a speedy passage through border control. Alternatively, passengers can apply for a free biometric card at the airport, which will allow the same access to the system, according to Yediot Ahronoth.

One of the primary goals of the new setup is to help control the flow of passengers this summer, which, at its peak, is expected to reach 80,000 to 85,000 passengers a day, according to a report in the Israeli business publication Globes. The Israel Airport Authority is preparing for around 1.8 million passengers in July, and over 2 million in August.

If June was any indication, this summer could potentially rival or even exceed last summer’s record-breaking number of passengers passing through Israel’s main air hub. Last month saw more than 1.5 million travellers fly to or from Ben-Gurion, up 8 percent from June 2015.