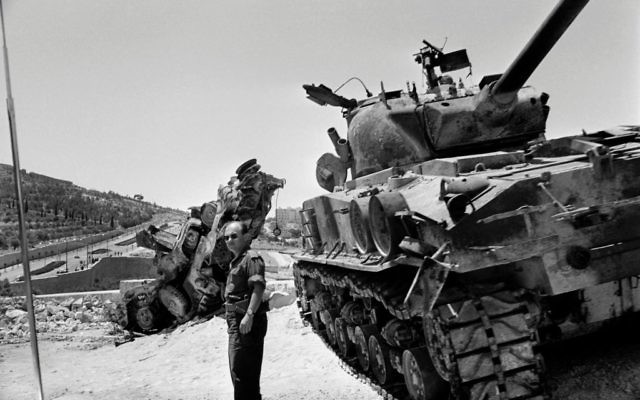 An Israeli soldier checks a destroyed tank on the road between Bethleem and Jerusalem in June 1967 during the six-day war. Getty Images

Fifty years after Israel’s “miracle” victory in the Six-Day War, journalists now wonder if it was only pyrrhic, as if Israel’s swallowing of the West Bank and its Palestinians was briefly medicinal but ultimately a poison pill.

A respected CBS newsman asked an Israeli diplomat if, as a Jew who “cherishes social justice and morality, do you believe that any country should profit territorially from violence?”

Oh, wait. That question was asked by Mike Wallace in 1958, nine years before Israel controlled even one inch of the West Bank. Before 1967, the conventional wisdom, typified by Wallace’s question, was that nearly a quarter (22 percent) of inside-the-Green Line Israel was seized by Israeli “violence,” a casus belli all its own. Arab leaders stated as much 50 years ago, in May.

Why do so many articles about post-bellum Israel echo what was written and said about antebellum Israel?

Well, that was then. Today, Israel’s post-1967 occupation is what irks; it is Israel’s “original sin,” the origin-story of almost every post-war post-mortem. The Economist headlined in May, “Six Days of War, 50 Years of Occupation,” with a cover story, “Why Israel Needs A Palestinian State” (apparently, no question mark is needed). The Nation headlined in June, “How Israel’s Occupation Shifted From a Politics of Life to a Politics of Death: Palestinian life has become increasingly expendable in Israel’s eyes.” The occupied territories (many Israelis delicately call the territories “disputed” rather than occupied) are now, writes The Nation, an “entity [that] should legally be characterized as an apartheid regime … a legal system of racial segregation, oppression, and dispossession.” 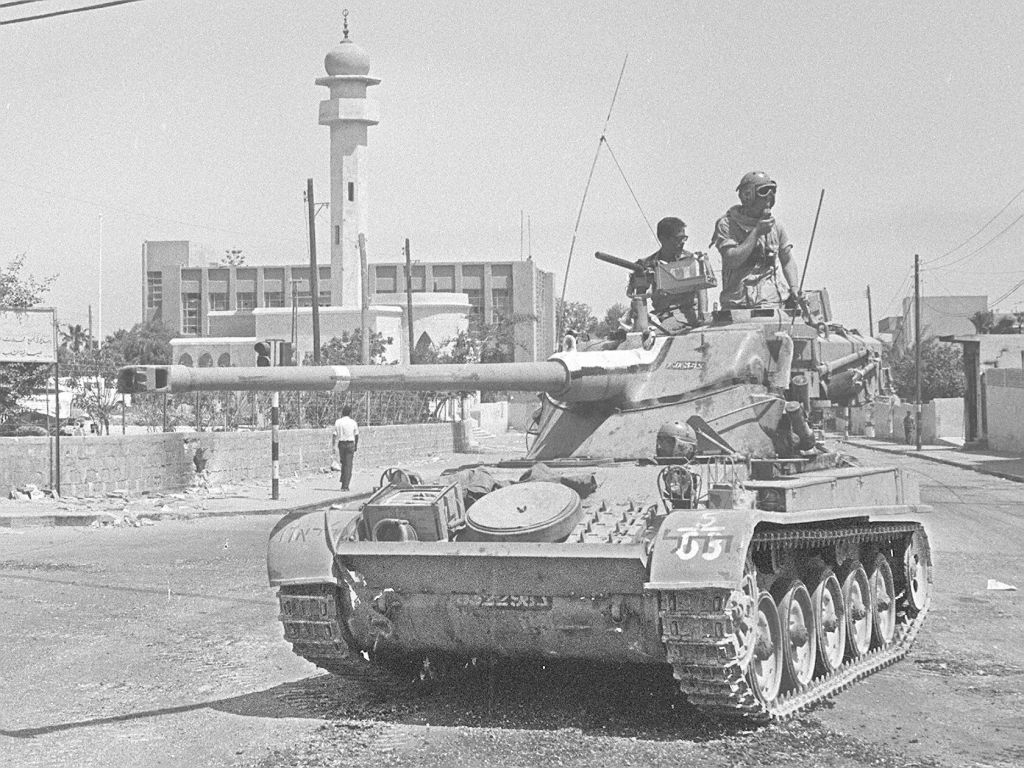 An Israeli tank patrols near a mosque in this photo taken in June 1967. Getty Images

One observer couldn’t agree more: “The evil deeds committed by the Zionist Jews against the Arabs are comparable to crimes committed against the Jews by the Nazis.” Oh, wait. That was said by British historian Arnold Toynbee in 1955. Best forgotten. But what about Israel in 1955 was so evocative of Hitler? Or maybe 1967’s occupation is not Israel’s “original sin,” after all.

Did the Six-Day War change anything? If it did, why do so many articles about post-bellum Israel echo what was written and said about antebellum Israel?

What to do about any of this remains elusive. “So long as Palestinian rejectionism prevails,” writes Daniel Pipes in the Washington Times, “Israel is stuck with overseeing an intensely hostile population that it dare not release ultimate control of … But returning to 1949’s ‘Auschwitz lines’ and abandoning 400,000 Israeli residents of the West Bank to the Palestinians’ tender mercies is obviously not a solution.”

Ever since 1967’s first-round knockout, Israel’s fighting strength has been more evocative of a clubhouse bleeder than a heavyweight champ.

On the contrary, writes Nathan Thrall in The New York Times, Israel is trying to keep “control of the land indefinitely,” the inhabitants be damned. He attributes the situation to “American backing, Palestinian weakness and Israeli indifference.” Yes, he writes, the Palestinians bring with them “the threat of renewed Palestinian violence. But Israel, with the strongest army in the region, has repeatedly demonstrated that it can endure and outlast whatever bursts of resistance the divided and exhausted Palestinians can muster.”

Or maybe not. Ever since 1967’s first-round knockout, Israel’s fighting strength has been more evocative of a clubhouse bleeder than to a heavyweight champ. Israel almost lost the 1973 war (“The Third Temple is falling,” warned Gen. Moshe Dayan early in the war), and then fought a half-dozen wars against Hamas, Hezbollah, “the divided and exhausted Palestinians,” a people without even a standing army. Each war lasted roughly a month or longer, not six days; each war fought to weary stalemates that left not the Palestinians but the Israelis “divided and exhausted.”

Daniel Pipes, in The Wall Street Journal, cites former Middle East negotiator Dennis Ross who has often said that Israel’s inclination for peace rises when the White House builds its confidence. Thrall disagrees: “The historical record demonstrates the opposite.” 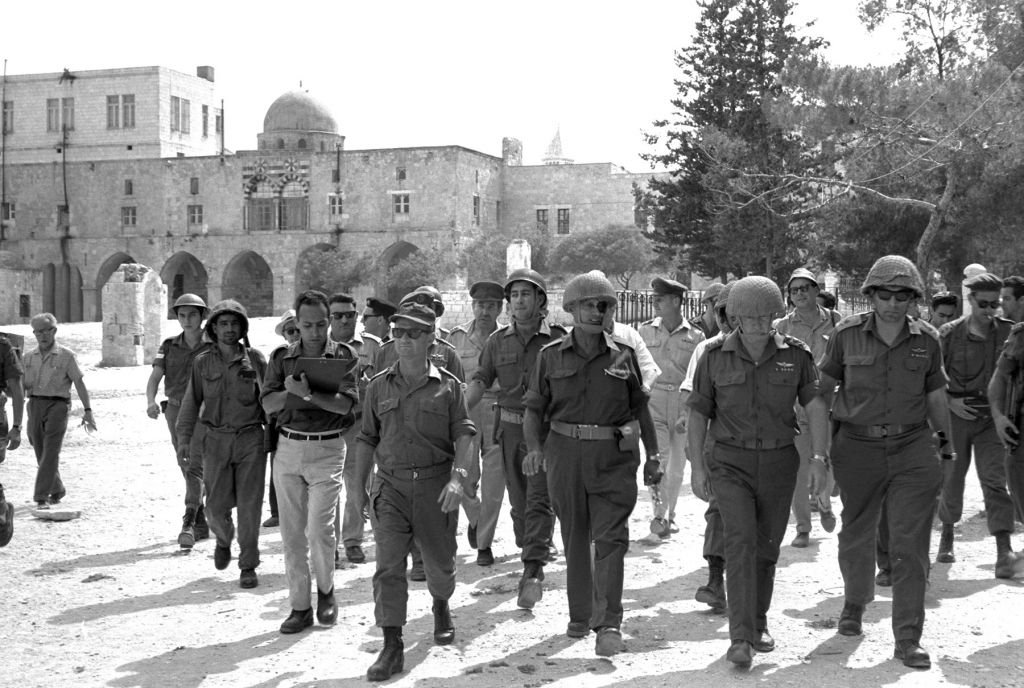 Heroes of ’67: From left in foreground, Uzi Narkiss, Moshe Dayan and Yitzchak Rabin walk through Jerusalem, which was reunited during the Six-Day War in June for the first time since the Temple was destroyed. Wikimedia Commons

Thrall, author of “The Only Language They Understand: Forcing Compromise in Israel and Palestine,” says that Israel must be arm-twisted. “Palestinians were never presented with what Israel offered every neighboring country: full withdrawal from occupied territory,” writes Thrall. Full withdrawal, of course, would mean Israel’s full surrender of holy places, such as the Wall, or Rachel’s Tomb, from which Jews were completely banned prior to the Six-Day War.

President Clinton’s 1995 autobiography refutes Thrall’s analysis that says the Palestinians were never offered a serious proposal for statehood. Clinton writes: “I warned Arafat that he was single-handedly electing [Ariel] Sharon and that he would reap the whirlwind … . The Israelis had decided that if Arafat wouldn’t take my offer he wouldn’t take anything, and that if they had no partner for peace, it was better to be led by the most aggressive, intransigent leader available.” Arafat’s rejection of that peace plan, wrote Clinton, “was an error of historic proportions.” Israel agreed to a Palestinian state in 2000, 2005 and 2008, even though The Economist cover suggested that Israel needed to agree to one, not the Palestinians.

“The chaos in the Middle East since the Arab uprisings of 2011,” writes The Economist, “has hardened Israel’s conviction that it is too risky to give up more land: what if Hamas or [ISIS] took over the hills of the West Bank overlooking Israel’s most populated areas?” Israelis, recalling the ethnic cleansing of Jews from the West Bank in 1948-49, wonder what would happen to Jews living in a Palestinian state without IDF protection. Or would Jews be allowed to live in a Palestinian state, at all?

It was only after the Six-Day War, writes The Economist, that “Jews gained the right to pray” at Hebron’s graves of biblical patriarchs and matriarchs “for the first time in 700 years.” Were prohibitions, such as that, ever called apartheid? Meanwhile, Palestinians, even before 1967, were always able to live in Israel. The Economist notes that Israel’s standard of living is comparable to France; the West Bank has a standard of living comparable to Egypt; and Gaza has a standard similar to Congo-Brazzaville’s. 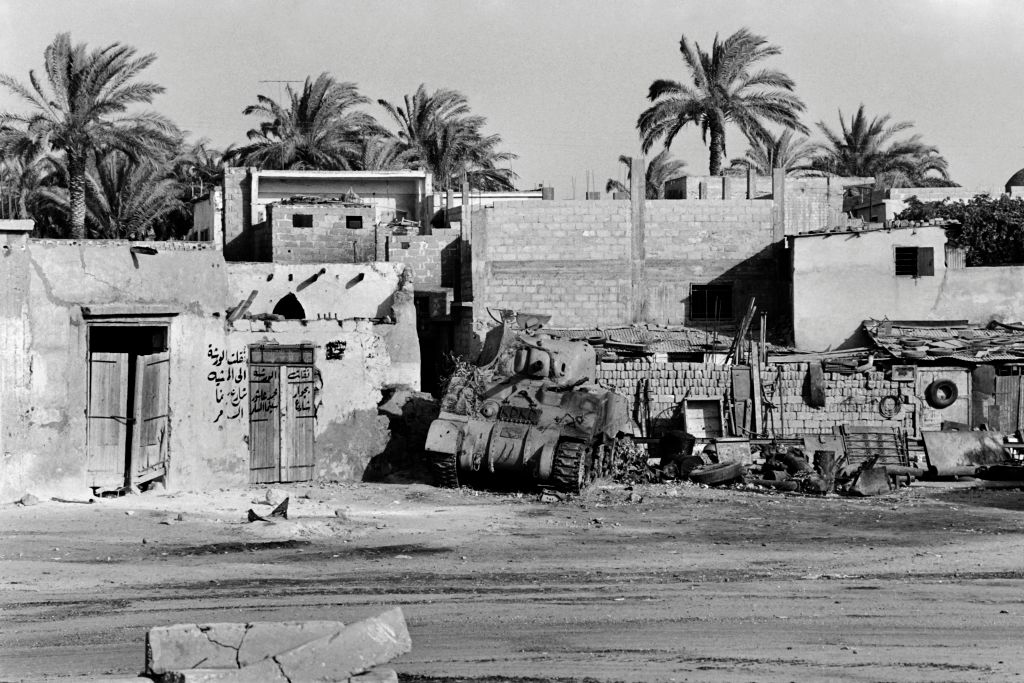 View of a destroyed tank on the road between Bethlehem and Jerusalem in June 1967 during the six-day war. Getty Images

The Associated Press was the largest media outlet that propagated the myth that the liberation of the biblical terrain was a poison pill best not swallowed. “Many in Israel are coming to the conclusion that the Six-Day War may have planted the seeds of doom,” writes the AP. Israel “has gone from being a darling of the West in the 1960s to one of the world’s most ostracized nations.”

In fact, prior to the war, Israel was no one’s darling, without a single ally when the war began. The Arabs threatened Israel with annihilation, and the United States was neutral. Some darling. Today, even with the occupation, Israel is much less ostracized than it was in the 1960s, with warm relations throughout most of Africa; an exchange of ambassadors with several Islamic countries — inconceivable in the 1960s; and the best relations Israel ever had with Russia, China and India. Efforts at boycotts in the West have mostly failed. Israel is ostracized within the United Nations, but much more defended under President Trump than under President Obama. And for all the sometimes harsh American assessment of Israeli policies, and the rising tide of criticism within the Democratic Party, Israel nevertheless has a vastly stronger alliance with Washington than it did on the eve of war, 1967. 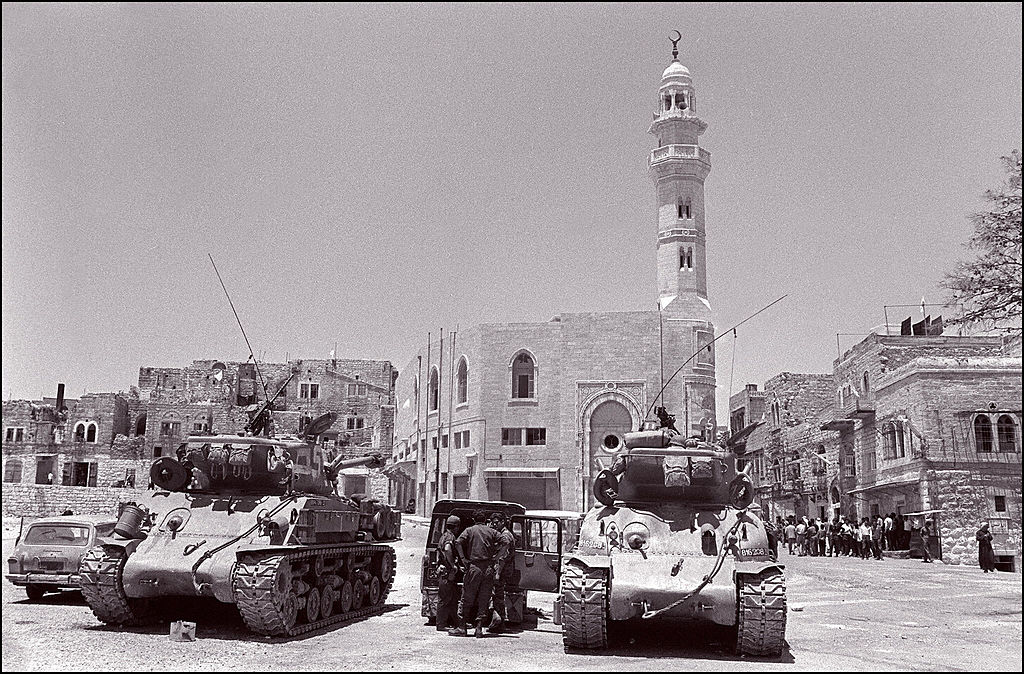 Writing in The Times, Bret Stephens noted, “In June 1967 Arab leaders declared their intention to annihilate the Jewish state, and the Jews decided they wouldn’t sit still for it. For the crime of self-preservation, Israel remains a nation unforgiven.”

Ben-Dror Yemini writes in Yediot, the Arabs “didn’t hide their intentions for a minute.” The Arab League, as far back as 1964, called for the “final liquidation of Israel.” In 1966, Syria’s future President Hafez Assad, declared, “Strike the enemy’s settlements” (there were no West Bank settlements in 1966; Assad considered Tel Aviv an illegal settlement). “Pave the Arab roads with the skulls of Jews,” said Assad. Ahmad Shukieri, founder of the Palestine Liberation Organization, said any Jew who “survives [could] stay in Palestine, but in my opinion, no one will remain alive.”