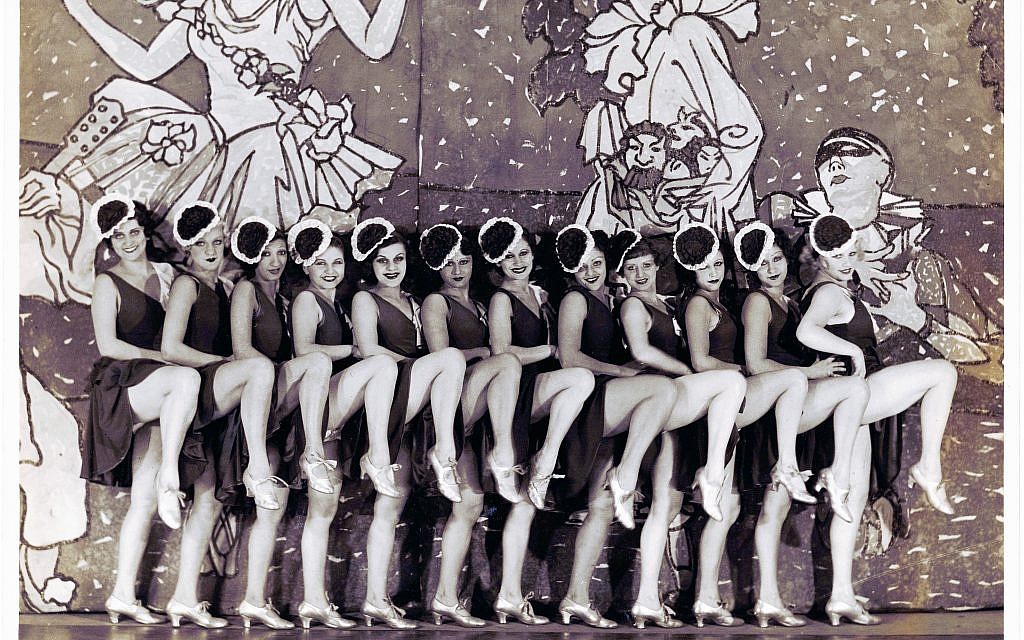 A chorus line from “Khoristkes,” a 1930s production by the iconic Yiddish actress Molly Picon. Courtesy of the YIVO Institute for Jewish Research.

While Carnegie Hall’s citywide cultural festival “Migrations: The Making of America” — which kicks off on Saturday, March 9 with a concert at Carnegie Hall — has been in the works for several years, the theme is most timely now.

The festival celebrates the musical legacy of three migrations: the crossings from Scotland and Ireland during the 18th and 19th centuries, the immigration of Jews from Russia and Eastern Europe between 1881 and 1924, and the migration of African-Americans from the South from 1917 to the 1970s.

“New York has been an incredible destination for people from all over the world. All three groups that we’ve chosen are coming from terrible suffering and appalling conditions, and out of that came inspiration and happy, extraordinary creations,” Clive Gillinson, executive and artistic director of Carnegie Hall, tells The Jewish Week. “All had a huge impact on what we think of as American music today.”

With more than 100 events, this is Carnegie Hall’s largest ever festival. Working with about 80 partner institutions, they are presenting concerts as well as films, lectures and panel discussions, exhibitions, performances and other public arts programming at venues around town, over the next five weeks, also showcasing other immigrant groups and the crossovers between them.

One of the centerpiece events at Carnegie Hall, “From Shtetl to Stage: A Celebration of Yiddish Music and Culture,” created by Seth Rogovoy and Eleanor Reissa, is a mix of Yiddish theatre and folk songs, classical music and klezmer. Reissa, who also directs the show, says that she could have filled a couple of weeks rather than two hours with all the great material.

Gillinson points out that several of the performers in “From Shtetl to Stage” like pianist Evgeny Kissin and violinist Gil Shaham have played at Carnegie Hall before, but never have so many of these figures been on stage together. Others include vocalists Mike Burstyn, Elmore James and Tony-award winner Katrina Lenk (“The Band’s Visit”) as well as Reissa, pianist Zalmen Mlotek, actors Yelena Shmulenson and Allen Lewis Rickman, music director Frank London. (The April 15 show is already sold-out, but Carnegie Hall officials suggest checking with the box office.)

On March 21, the New York Public Library for the Performing Arts digs into its Jerome Robbins archives to highlight a never-produced autobiographical theater work by the dancer and choreographer, “The Poppa Piece,” in which he confronts his Jewish heritage, his immigrant parents’ perspective and difficult moments in his life. Evan Leslie, the Library’s artistic producer, says that Robbins began working on it 1979 and abandoned the project in the early 1980s. The program features playback of audio and video footage including Robbins recording memories relevant to the creation of the piece, and commentary by biographer Amanda Vaill and others.

And at Carnegie Hall on March 27, singer and pianist Michael Feinstein presents “The Great American Jewish Songbook — Kern, Berlin, Arlen, Rodgers and More.” Feinstein, who worked as Ira Gershwin’s assistant for six years when he was in his 20s and Gershwin in his 80s, tells The Jewish Week that he got to know many of the songwriters whose words he’ll be singing and will present their music in context, with many personal anecdotes.

“I’ve never done a show like this before,” he says. “This is the music with which I most deeply connect. These songs formed my entire life. To be able to interpret them is a tremendous gift.”