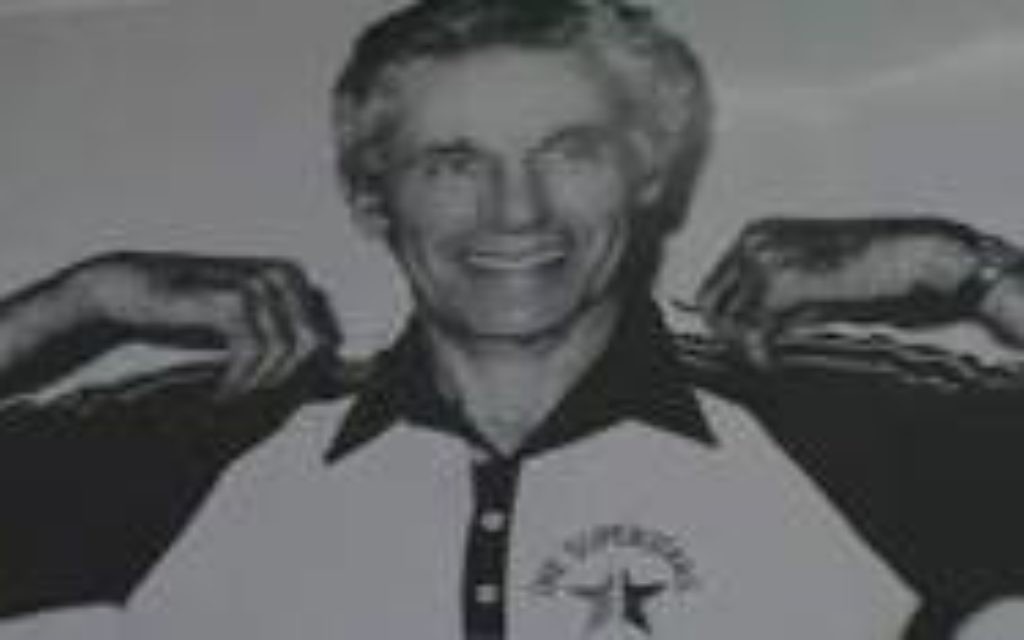 One of the great miracles of the Catskills resorts was always their ability to make the ordinary into something exciting. Like playing shuffleboard at the side of an unspectacular pool or listening to second-rate comics in a run-down casino. Or watching an old man play a kids’ game with guests in the lobby.

I was about 14 during my family’s first trip to Grossinger’s, and the sight of the white-haired man in an athletic suit, the pants way too high up, managing to draw a crowd for “Simon Says” – an activity highlighted on the day’s schedule – stands out in my memory.

I don’t recall if I actually played or watched with amusement. If I did play, I surely didn’t make it past the first three or four cuts, since concentration and following instructions were definitely not two of my strong suits.

The man in the track suit was Lou Goldstein, a man who went on to prove, late in his life, that no matter what you do in this world, you can make a name for yourself by doing it well.

I watched Lou (who reminded me of Soupy Sales) with amusement during subsequent Grossinger’s visits before they shut the doors in 1986 and was amazed to see him start to turn up on TV, including the “Battle of the Network Stars,” to do his schtick.

It wasn’t so much his mastery of the game and skill in deception that made Lou a hit. It was his winning personality as a natural people person, exactly the type the managers at Grossinger’s and other hotels needed: a front man to work the crowd, remember their names, kibbitz with them and compliment their kids on how fine they’ve grown up.

It’s a far cry from today’s vacations, in which we primarily interact with Web sites. Rarely is the same person in the lobby when you check in and out, and no one knows your name, or cares. Except for casinos and Great Wolf Lodge , the era of a hotel as a destination, rather than just a lodging is long gone.

In a photo album somewhere is a shot of me with Lou and Willie Randolph, then a Yankee, as Lou presented me with the autographed Willie poster I’d won in a raffle. (I sort of cheated, placing my ticket in the shoebox last, and Lou never shook it up.)

I didn’t come often enough for Lou to know my name, but I did feel like he was one of those people who crossed my path in life, not merely someone whose name I knew.

Lou died last week at age 90. According to his obit in the Record, he was born in Poland, lived in Williamsburg as a kid and had a career as a college basketball player and game show host before Grossinger’s took him on as entertainment and activities director in 1948. After the hotel was shuttered, he remained in Liberty, N.Y., until his last day. Local reports say he was a regular at the Liberty diner, as affable as ever.

Lou’s death sparked numerous End of and Era headlines, but the era ended almost three decades ago when the great resorts started to close as an increasingly affluent clientele lost its patience with Borscht-belt-class entertainment, miniature golf, blintzes and brisket. Wrecking balls are finishing off what’s left of the Concord. Grossinger’s is an undemolished wasteland. Even the Homowack, kept alive by the frum crowd, gave up and is now a girls’ yeshiva. What was left of the old Tamarack in Ellenville burned down the other day.

Eleanor Bergstrom beautifully summed up the decline in her script for “Dirty Dancing,” which has hotel owner Max Kellerman (Jack Weston) lamenting to a longtime employee at the end of the summer of 1962 that it’s all slipping away. “You think kids want to come with their parents to take foxtrot lessons? Trips to Europe. That's what kids want. Twenty-two countries in three days.”

So it’s not just the death of Lou Goldstein and Simon Says that we pause to observe, but the end of an age when people did simple, silly things to draw a crowd and keep them entertained.

And they appreciated the effort.