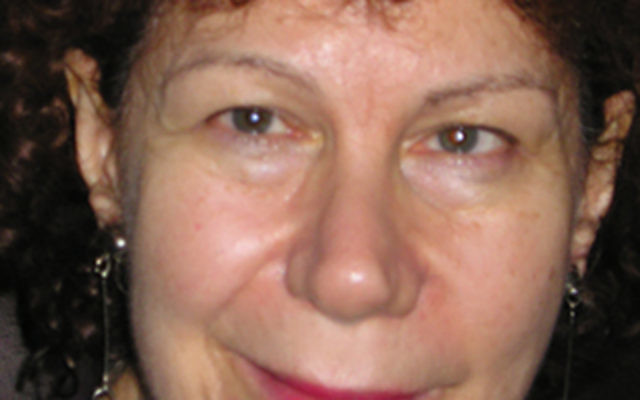 The goblet of the “Egyptian” viceroy is discovered in the sack of Benjamin, youngest child of Rachel, Jacob’s long-deceased love. The brothers proclaim their innocence, but an atrocity returns to haunt them: the selling of Rachel’s first son, Joseph, into slavery.

“When Jacob saw Rachel … he went near” (vayigash). As soon as Jacob set eyes on Rachel, he exerted himself to overcome the obstacles, removing the stone from the well and watering her flock. With the rising of the waters, says the Zohar, Jacob understood that he was about to meet his soul mate. However, the ecstasy of first encounter, compared by the Zohar to the union of earth and heaven, abruptly ends with Jacob breaking down in tears. Though he spent all his life devoted to Rachel, he soon finds himself with three other women and a growing family.

Memory returns. After stripping Joseph of his royal robe, given to him by his father, the brothers cast Joseph into a pit. They sit down to eat, unmoved by his cries. Judah, the ringleader, suggests selling him. Not only would they be rid of him, they might even profit.

“Through my child’s (Joseph’s) rending asunder, you have risen to greatness,” Jacob later says on his deathbed, transferring the royal blessing to Judah [Genesis 49:9].

Vayigash Yehuda: “Then Judah came near [Joseph]” [Gen. 44:18]. This week’s reading is about estrangement and rapprochement, an incapacity to feel and the unstinting overflow of emotion.

Judah’s movement toward closeness charts how he achieved this “rise to greatness.” As he advances, says the Midrash, his brothers fall back, tacitly admitting that in a contest between equals it is advisable for inferiors to keep away.

Judah does all the talking while Joseph, disguised as an Egyptian, remains silent. Both, however, are angry, each convinced he is right. Though Joseph, like Hamlet, used a fiction to bring the real guilt to light, he certainly had just cause.

From the moment that Joseph was ousted, Judah was next in line for family leadership. How is it that the arch-perpetrator of an atrocity, from which he stood most to benefit, has the gall to put up any defense? Does Judah have no conscience, or does he still think he had been right to lead his brothers to bully, torture, and dispose of their irritating younger brother?

Judah admits, then retracts, their collective guilt. The very word “vayigash,” both harsh and mellow, is practical, full of sensibility. Judah is prepared to flatter and beg, but ready to fight. The Mei HaShiloach suggests that as Judah gathers momentum, the power of his words derive from absolute faith. With no opening, he is determined to create one.

Judah’s anger comes from his ego and carries a sense of natural authority. When his temper subsides, he reveals his true feelings. It is love for his father, and not brotherhood, that brings him and Joseph together. What moved Joseph might also have been Judah’s capacity to retell the old family story from their father’s point of view: “My wife bore me two sons. One went away…” And now, to return without Benjamin, “my father will die of grief. Let me stay in [Benjamin’s] stead. … How can I bear to see the suffering that will befall my father!” Joseph’s own love for his father makes him concede.

Stunned by Judah’s magnanimity in articulating his own story through a point of view he had formerly resented, Joseph can only break down in tears. Because of the irreparable harm he suffered from being cut off from family at the most crucial point in his development, he is incapable of expressing his own feelings in such a natural, straightforward fashion.

Joseph’s marginalization and self-sacrifice, like Rachel’s, for the greater cohesion of the nation, is long-lasting.

From the time that Judah stood as guarantor for Rachel’s youngest, the bond has only grown closer. From a historic view, the northern kingdom (Joseph), composed of the 10 tribes, was the first to be exiled and completely assimilated. Only the southern kingdom, Judah (the Levites), and half the tribe of Benjamin survived, to become the Jews we know today. While Judah has Jerusalem and the Temple within his portion, he shares them with “little Benjamin,” in whose inheritance is the Holy of Holies. To Rachel’s youngest, who has become the centerpiece of the brotherhood, was given the privilege of hosting the Divine Presence. “For he [Benjamin] is God’s beloved. Therefore does he live safe on his terrain. The Divine Presence nestles close between his shoulders, hovering over him continually” [Deuteronomy 32:12].

Freema Gottlieb is the author of The Lamp of God: A Jewish Book of Light and Jewish Folk Art.  She has written for The New York Times Book Review, the Times Literary Supplement and the Jewish Quarterly, among other periodicals.