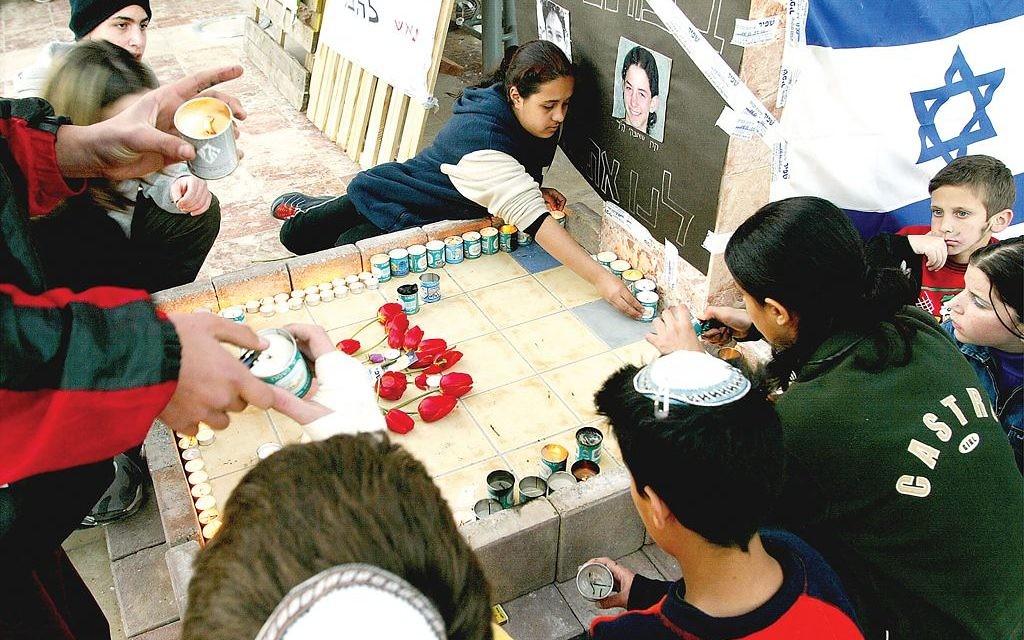 Attorneys called last week’s reversal of the historic $655.5 million verdict against the Palestinian Authority and the Palestine Liberation Organization “a cruel decision” that will impede, but not end, their pursuit of justice against the suicide bombers and gunmen who killed their loved ones in Israel.

“It’s a shock to think that the U.S. court would permit terrorist organizations like the PLO to hide behind the U.S. Constitution in ways that are not necessary,” said Kent Yalowitz, the plaintiffs’ New York lawyer. “This is a decision they had to strain to get.”

In its Aug. 31 decision, the Second Circuit U.S. Court of Appeals in New York held that the lower court did not have the jurisdiction to hear the case.

Similar dismay came from Rabbi Joel Meyers, president of the American section of the World Jewish Congress, who noted in a statement that the “families of the American citizens who were murdered by the Palestinian terrorists have waited too many years to see justice done. No amount of money can compensate for the pain and loss of loved ones, but those who knowingly planned, financed and carried out vicious terrorist attacks that led to the murder and injuries of American citizens should be held accountable and punished as was decided by the lower court.”

Eleven American families whose members had been killed and injured in Palestinian terrorist attacks in Israel had filed the case, citing the U.S. Anti-Terrorism Act (ATA), which Congress had passed after the killing of Jewish-American Leon Klinghoffer by PLO terrorists who hijacked the cruise ship on which he was a passenger in 1985.

But the appeals court ruled that Manhattan Federal Judge George Daniels had erred in concluding that he had jurisdiction over the PA, the PLO and 17 other defendants.

In general, courts cannot handle a case against a defendant unless there is some physical or commercial connection between a defendant and the country where the court resides. The PA had argued that it had no commercial activities in the United States and the appeals court agreed.

It wrote: “Regardless of the commercial contacts occasioned by the defendants’ Washington, D.C. mission, there is no doubt that the ‘far larger quantum’ of the defendants’ activities took place in Palestine. …

All PA governmental ministries, the Palestinian president, the Parliament, and the Palestinian security services reside in Palestine. … [Its New York and Washington, D.C. missions] revolve around lobbying activities that are not proscribed by the ATA and are not connected to the wrongs for which the plaintiffs here seek redress. …”

The same court issued a similar decision just a week ago when it held that the Second Circuit Court of Appeals lacked jurisdiction to hold Lebanese Canadian Bank SAL liable under the Alien Tort Act. Victims of Hezbollah rocket attacks had sued the bank claiming its New York office had helped finance the group’s terrorist activities.

Yalowitz said the court found that the Alien Tort Act “did not cover reparations.” And that was the same reason the court last December blocked thousands of non-U.S. citizens of Palestinian attacks from pursuing claims against Jordan’s Arab Bank for allegedly providing financial support to Hamas, al-Aqsa and other terrorist groups.

That same bank, however, was held liable in a separate trial in 2014 for financing six Hamas terrorist attacks that killed or injured 300 Americans between 2000 and 2004. Before a trial could be held to determine damages, a settlement was reached a year ago for an undisclosed amount of money — but it was conditioned on an appeal of the liability verdict that is still pending.

Yalowitz said he is still conferring with his co-counsel to determine whether to ask the full Court of Appeals to consider the case or whether to go right to the U.S. Supreme Court to seek a review.

Nitsana Darshan-Leitner, the plaintiffs’ lawyer in Israel, said in an email: “The families will continue to pursue the Palestinian killers of their loved ones on every jurisdiction and in every forum.”

Should they lose on appeal, Yalowitz said their only recourse would be “political solutions.” Asked why the ATA could not be revised or another law passed to address the jurisdictional issue, he said: “The problem is not the statute but the court’s interpretation of it.”

He noted that were the PA a state, however, it could be sued because the jurisdictional issue required by the U.S. Constitution would not apply. But Yalowitz added that the U.S. would have to recognize the PA as a state —United Nations recognition alone would not suffice.

Attorneys for the plaintiffs in the PA case had hoped that the jury’s verdict would open the door for additional new cases here against the PA and the PLO, and help pending civil suits in Israel against the two groups for their terrorist activities. The appeals court decision casts doubt on those hopes.

“In sum,” the court said, “because the terror attacks in Israel at issue here were not expressly aimed at the United States and because the deaths and injuries suffered by the American plaintiffs in these attacks were ‘random [and] fortuitous’ and because lobbying activities regarding American policy toward Israel are insufficiently ‘suit-related conduct’ to support specific jurisdiction, the court lacks specific jurisdiction over these defendants.”

Judge John Koeltl, writing the 3-0 appeals court opinion, concluded: “The terror machine gun attacks and suicide bombings that triggered this suit and victimized these plaintiffs were unquestionably horrific. But the federal courts cannot exercise jurisdiction in a civil case beyond the limits prescribed by the due process clause of the Constitution, no matter how horrendous the underlying attacks or morally compelling the plaintiffs’ claims.”

But Darshan-Leitner insisted in an email that the Anti-Terrorism Act was adopted “in order to protect Americans wherever in the world they traveled. The very terrorists who prompted the law have now hidden behind the U.S. Constitution to avoid responsibility for their crimes. This cruel decision must be corrected so that these families may receive justice.

“No one denies, as the federal jury has found, that the Palestinians carried out these attacks and killed and injured these American citizens, who will not give up seeking justice from the courts. The time has come for the U.S. Congress and the State Department to intervene on the side of American victims of terror to ensure that these families are compensated by the PA and PLO for these crimes.”

During the seven-week trial, the jury had heard from such witnesses as top Palestinian lawmaker Hanan Ashwari and Israeli military and intelligence officials. In February 2015, it awarded the plaintiffs $218.5 million for their role in the attacks that killed or wounded hundreds of Americans. That award was automatically tripled to $655.5 million under provisions of the ATA. It was the largest judgment against the PA in the U.S. and one of the first major anti-terror judgments.