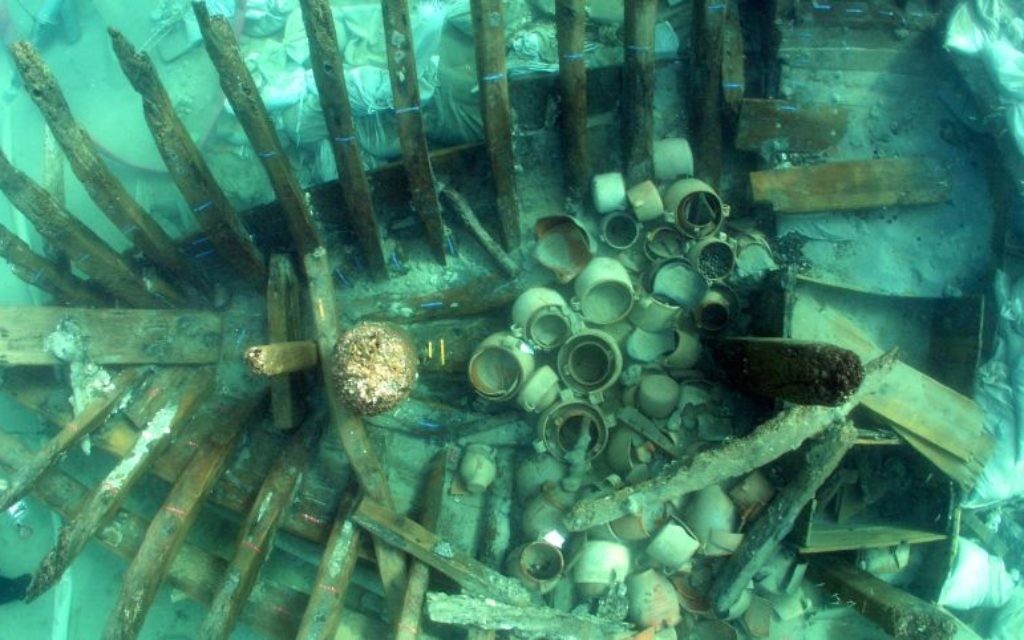 A shipwreck discovered off Israel’s coast almost 40 years ago has been identified as likely a vessel belonging to Edmond James de Rothschild, a French Jewish banker and philanthropist.

Although discovered in 1976 off Dor Beach, near Zichron Yaakov, which is on the Mediterranean coast between Haifa and Tel Aviv, the shipwreck had not been studied until recently, when Haifa University archaeologists undertook the project, Haaretz reported.

“The ship we have found is structurally consistent with the specifications of the Baron’s ships, carried a similar cargo, and sailed and sank during the right period,” Deborah Cvikel and Micky Holtzman, who are investigating the shipwreck, said, according to Haaretz.

The archaeologists believe the shipwreck is the remains one of three ships dispatched by Rothschild for use in a glass factory near Zichron Yaakov, which he built more than a century ago.

Rothschild, who lived from 1845 to 1934, was a vocal Zionist and supported several projects in Israel, including the glass factory, helping to found the town of Rishon Lezion and establishing the still-operating Carmel Winery in Zichron Yaakov. Rothschild Boulevard in Tel Aviv is named for him.

Although they are not 100 percent certain the ship was Rothschild’s, “there seem to be more than a few items that connect it with Zichron Yaacov, with the glass factory at Tantura, and with the baron’s ships,” they told Haaretz.