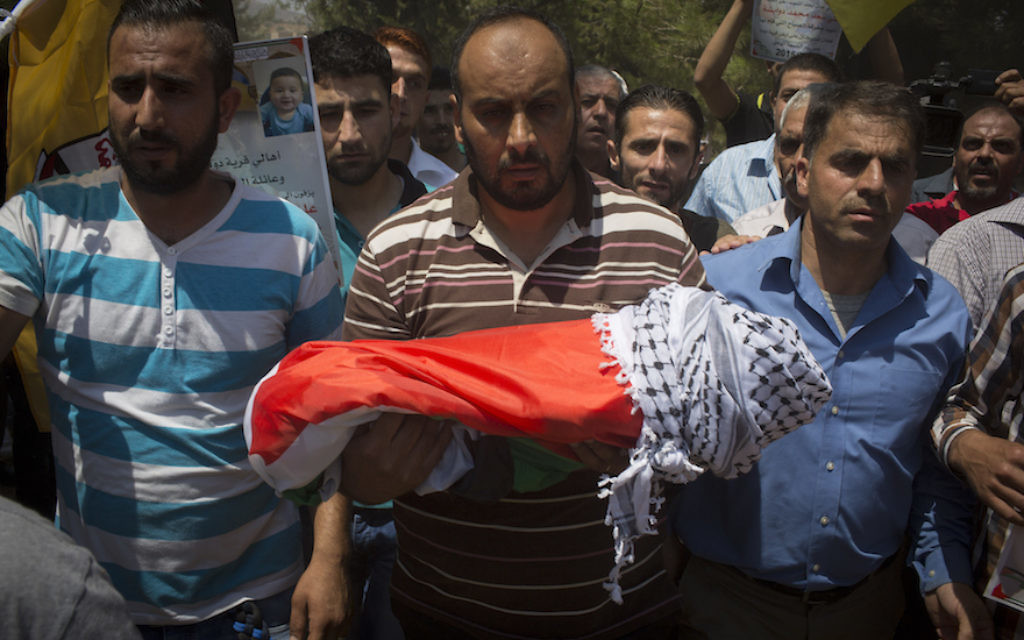 Jerusalem — Several Jewish Israeli youths have been arrested in connection with an arson attack that killed three members of a Palestinian family, one of them an 18-month-old baby.

The youths were arrested in recent days due to “concrete suspicions” of their involvement in the attacks, the Shin Bet Security Service and Israel Police said on Thursday, following the partial lifting of a gag order on the case.

The youths have not been named, in keeping with the gag order.

The security services had hinted in recent days that there had been a breakthrough in the case of the July 31 firebomb attack on the Dawabsheh family home in Duma in the West Bank.

An 18-month-old boy, Ali, was killed in the attack. His father, Saad, died more than a week later of his injuries. The toddler’s mother, Reham, died in the hospital in September. Another son, Ahmed, now 5, was seriously burned and remains hospitalized.

The Hebrew words “Revenge” and “Long live the king messiah” were spray-painted on walls at the site of the attack, alongside a Star of David.

Several Jewish extremists were arrested and held in administrative detention in the wake of the attack, but no one has been charged in the incident.

The youths arrested in recent days are accused of being members of “a Jewish terrorist organization and of carrying out terrorist attacks,” the Shin Bet said in a statement.

Hussein Dawabsheh, Reham’s father, told Ynet, “We are happy to learn that the security establishment arrested the murderers of my daughter, son in law, and grandson, after four months. No one updated us on the suspects’ arrests and we hope that they will be punished in the most severe manner. I can’t bring back my family, but I want those murderers to look in little Ahmed’s eyes, and see what they did to him, how they killed his family. ”

Attorneys for some of the arrested suspects told Israeli media outlets they are being mistreated legally. One lawyer said that his client has been held for eight days without being allowed to see his attorney or members of his family.