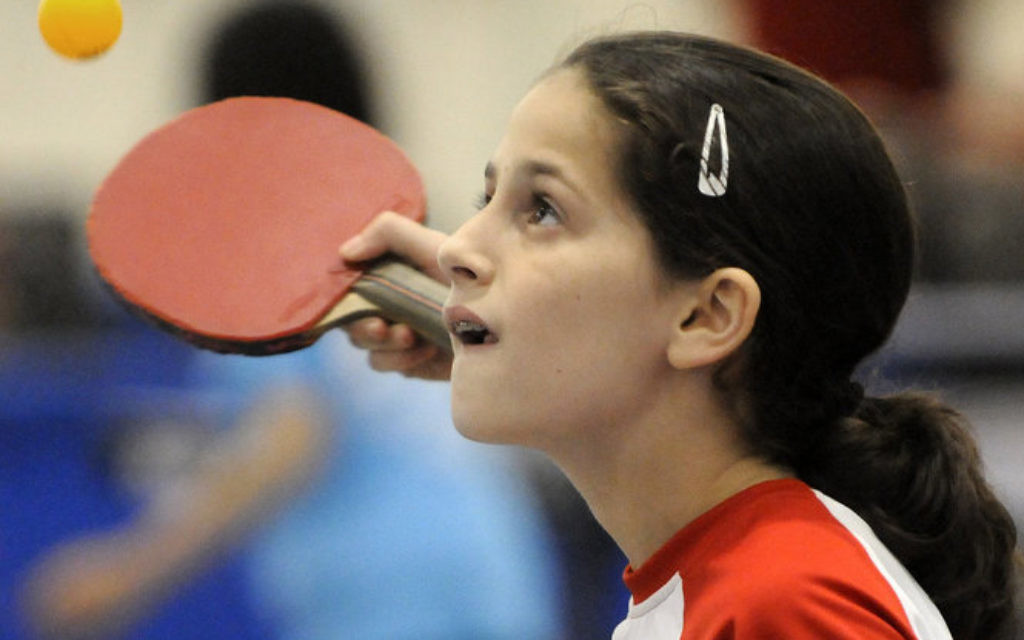 Last week, the Arizona Cardinals hired Dr. Jen Welter, who is believed to be the first female coach in NFL history. While Welter herself isn’t Jewish, her appointment provides the perfect opportunity to celebrate female members of the Tribe who have shattered the glass ceiling with their skates, running shoes, and ping-pong paddles.

Donna Orender
An all-star basketball player in her college years at Queens, Orender’s skills go beyond the court. As the president of the Women’s National Basketball Association, she was named one of FoxSports.com’s 10 Most Powerful Women In Sports, recognized for extending WNBA’s contract with Disney/ABC/ESPN and expanding the league as a whole. She was inducted into the National Jewish Sports Hall of Fame in 2006 and elected into the International Jewish Sports Hall of Fame this past year.

Since becoming a pro-golfer at the age of 15, Alcott doesn’t just rule golf courses with her 5 major championship wins. As a member of the architectural team designing courses for the 2016 Olympics in Rio de Janeiro, she creates them too. Presumably including plenty of ponds for her to dive into for her trademark victory celebration. This World Golf Hall of Famer also served as the honorary chairperson of the first annual Shalva Golf Tournament in Caesarea, Israel in May.

Estee Ackerman
How many people can say they beat Iron Chef Bobby Flay at anything? Ackerman, who was ranked 4th in the nation at table tennis in her division at age 13, crushed him in a ping-pong battle on The Rachel Ray Show. Ackerman made headlines in 2013 when she dropped out of the U.S. National Championships because of a match scheduled for Friday night. A 2016 Olympic hopeful, Allison Josephs of Jew in the City honored her with the title of “Orthodox Jewish All-Star” in 2014 for her commitment to her faith.

Sarah Hughes
Hughes was just 16 when she became the first member of the Tribe to win a gold medal in figure skating in the 2002 Olympics – her flawless triple loop-triple loop wowed audiences around the world. A Great Neck native, she was not only inducted into the Jewish Sports Hall of Fame in 2005, but then-Senator Hillary Rodham Clinton declared an official Sarah Hughes Day in the state of New York.

Agnes Keleti
Even though she last competed in 1956, this ninety-two year old former gymnast continues to be the most successful Jewish female athlete ever in Olympic history. Originally from Hungary, Keleti competed on behalf of the country in the 1952 and 1956 Olympic games in Helsinki and Melbourne respectively. However, this was only after she escaped the Nazis by posing as a Christian maid and marrying a fellow gymnast, Istvan Sarkany. Today, she lives in Israel and with 10 Olympic medals to her name, still holds the title of third most medals received amongst women.

Dara Torres
In the realm of sports, this Jewish athlete may be considered a bubbe. At age 41 in 2008, she was the oldest swimmer ever to place on the U.S. Olympic team. But, as they say, with age comes experience. A twelve-time Olympic medalist, she is the only swimmer to ever have represented the U.S. in five Olympic games, earning her spot in the International Jewish Sports Hall of Fame in 2005.

Deena Kastor
What does this eight-time national cross country champion do in her free time? Run marathons, of course. The Waltham, M.A. native holds U.S. records in both the marathon and the half-marathon, and won a bronze medal in the women’s marathon in the 2004 Olympics. Though she opted out of the 2010 NYC marathon after announcing that she was pregnant with her first child, it hasn’t slowed down this member of the National Jewish Sports Hall of Fame since then: she won the More/Fitness Half Marathon in 2014 in record time.