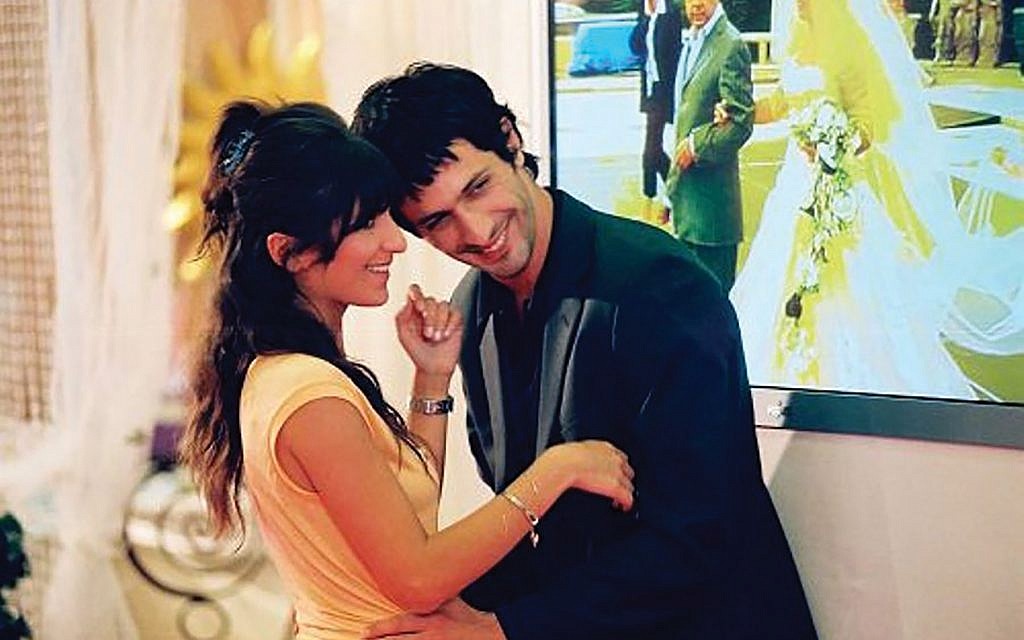 Scene from the Paris-based comedy “Comme t’y es belle,” whose director, Lisa Azuelos, will receive one of the inaugural Pomegranate Awards at the festival. Photos courtesy of N.Y. Sephardic Film Festival

What is the measure of a successful film festival?

How about this: Over two decades of survival, steady growth in the number of films shown and special events; U.S. and world premieres; filmmakers who travel thousands of miles with their films; peak audience turnout.

By any of those standards, the New York Sephardic Jewish Film Festival, which starts its 22nd annual program next week, must be counted among the New York film world’s success stories.

“I’m glad you think we’ve grown,” Sara Nodjoumi, the event’s artistic director, wrote in an e-mail this week. “[We’ve] worked hard on targeting audiences and making sure that the Greeks come out for the Greek films and the Iraqis come out for Iraqi night and so on. … As a filmmaker, I know there’s nothing worse than an empty theater.”

Of course, as she readily acknowledged, the festival’s roots in the community (or, more accurately, communities) are one of its great strengths.

“We couldn’t grow the festival without the solid foundation on which it was already built,” Nodjoumi wrote. “We’re also more focused on premiere status than we were in the first years.” She points out that all of the films this time around will be New York premieres. “We have two U.S. premieres [‘Why Do They Hate Us?’ and ‘Stockholm’] and three international or world premieres” — “Your Wishes in Heaven,” “Les Magnifiques” and “Labor, Rebellion, Upheaval.” Shuli Rand in “The Unorthodox,” a film about Israel’s Sephardic charedi party Shas, part of the festival’s spotlight on Sephardic politics in Israel.

It’s not just about asserting one’s institutional ego, though, she explained.

“We’d prefer films that are at minimum New York premieres because that guarantees an audience,” Nodjoumi wrote.

Isaac Zablocki knows something about Nodjoumi’s dilemmas. The director of film programs and Israel Film Center at the Marlene Meyerson JCC Manhattan, he has already built two niche festivals into  “appointment” cinema events — the ReelAbilities festival and the Other Israel festival.

Asked about how one manages that feat, he is blunt.

“Creating a program that goes beyond the specific niche is an important direction for growth,” he said. “Festivals also need to grow creatively and engage beyond the films. In truth, a festival like the Sephardic Film Festival is not about cinematic expressions, but more about the themes. The conversations are less about the director and more about the filmmaking techniques and more about the cultural understandings.”

In a sense, then, the NYSJFF’s focus on the communities within its larger community is a logical extension of its mission and not merely a seat-filling ploy.

Nodjoumi is herself an experienced film producer whose work includes “The Iran Job,” a documentary about Kevin Sheppard, an American basketball player who played in Shiraz. That film was shortlisted for the German equivalent of the Oscar. She also co-directed “I Call Myself Persian: Iranians in America.” Five years at the Tribeca Film Festival as an associate programmer prepared her for the demands of running the NYSJFF, of which she has been artistic director for four years. ‘We’ve worked hard on targeting audiences and making sure that the Greeks come out for the Greek films and the Iraqis come out for Iraqi night and so on.’ — Sara Nodjoumi, the festival’s artistic director

Both sides of her resumé help her in that gig.

“I was … at the Tribeca Film Festival before I became a producer,” she noted. “I don’t see it as a conflict of interest, I think it’s a plus. Usually I go through sales agents, distributors and producers that I already know to find films for the festival, but sometimes I’m just in conversation with fellow filmmakers and I learn about a film that could work for us.”

That certainly makes her unusually attuned to the concerns of the filmmakers she approaches.

“Because I screen my own work at different festivals, I am very aware of the schism between festivals and filmmakers,” she wrote. “Film festivals would not be possible without films. Sometimes festivals forget that.”

As an example, she pointed to the issue of screening fees being paid to filmmakers for their participation in a film festival.

“Filmmakers don’t always have big distribution companies writing them big checks,” she wrote. “In fact, most don’t. So festival screenings are an actual way to create income. You’d be surprised at how many festivals don’t pay screening fees. I believe strongly that even though we are a small fish in a big pond in terms of festivals, we should always try to pay a screening fee.”

Nodjoumi was raised in Queens, in “a half-Jewish/half-Muslim family,” she wrote. “I don’t consider myself religious, but I’m not involved in the festival because of Judaism; I’m involved because I strongly believe in the power of film as an avenue towards peace. I believe that the only way we can reach the other side of the political aisle — no matter what side you’re on — is by sharing our stories.”

As one might imagine, that concern influences her choices, but it is only one criterion that comes into play.

“I start by watching,” she wrote, “because we only show films about Sephardi experiences, that’s our first [consideration]. But [a film] has to fit a few more criteria: Is it a good film? Is it thought-provoking? Is it well-made? Is it special? Is it cinematic? Are we hearing an underrepresented voice?”

And the selection process doesn’t end there, she continued.

“Once I’ve seen all the films, then it’s about finding possible interrelated themes and making sure there’s a geographic balance,” Nodjoumi explained. “For example, [this year] we didn’t set out to dedicate a day to films about Sephardi politics in Israel, but after I watched the films I realized we can [program] three strong films on this subject. They are different enough from each other so that you can walk away feeling like you’ve learned something. That’s big for me.”

That program, “Sephardi Politics in Israel,” will screen on Sunday, March 17 and includes “Pepe’s Last Dance,” a profile of Pepe Alalu, an unlikely leftist candidate for mayor of Jerusalem; “Labor, Rebellion, Upheaval,” a new film from David Deri, Rith Yuval and Doron Glaezer, whose previous film “The Ancestral Sin” was a powerful entry in the 2016 festival; and “The Unorthodox,” a dramatic but frequently humorous look at the up-and-down history of Shas, the Sephardic charedi party.

One more sign of the festival’s ambitions and continuing growth: Deri will be conducting its first-ever master class in filmmaking the day after “Labor, Rebellion, Upheaval” screens. The festival will also be conferring its own Pomegranate Awards in recognition of Sephardi excellence in the arts. Among the recipients will be Israeli star Sasson Gabai (“The Band’s Visit”) and first-time director Lisa Azuelos for her Paris-based comedy “Comme t’y es belle!”

Asked which films she would recommend, not unsurprisingly Nodjoumi replied, “All of them, really! I know that’s not what you’re looking for, but I do think there’s something for everyone in this program.”