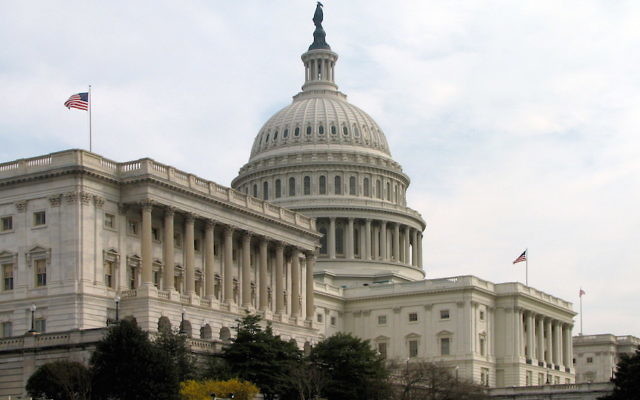 The bills follow a controversy surrounding Rep. Ilhan Omar, the freshman Democrat from Minnesota, who was accused by both parties of anti-Semitism for several remarks she made critical of Israel and its supporters.

One bill is a resolution, expected to be introduced Tuesday by Sen. Ted Cruz, R-Texas, declaring that “anti-Semitism has for hundreds of years included attacks on the loyalty of Jews.” The resolution is meant as a criticism of Omar, who in public remarks last month implied that supporters of Israel have “allegiance to a foreign country.”

The second, called the Anti-Semitism Awareness Act, is a bipartisan bill first introduced in 2016 to use resources in the Education Department’s Civil Rights Division to combat anti-Semitism on college campuses. The bill says anti-Semitism includes “harassment on the basis of actual or perceived shared ancestry or ethnic characteristics with a religious group” as well as “discriminatory anti-Israel conduct that crosses the line into anti-Semitism.”

Civil liberties groups are concerned that the Awareness Act threatens free speech and criticism of Israel. J Street, the liberal Israel lobby, opposes it, while AIPAC and the Anti-Defamation League have supported it in the past.

Democrats appear to be wary of the two Republican measures, which would keep alive the controversy surrounding Omar and expose differences among Democrats in their approach to opposing the Boycott Israel movement in state capitals and on campuses.

Democrats prefer a House resolution — backed by Reps. Jerry Nadler, D-N.Y., Lee Zeldin, R-N.Y., and Brad Schneider, D-Ill., all Jewish — that condemns the Boycott, Divestment and Sanctions movement targeting Israel. The resolution denounces BDS, but unlike some other congressional measures does not make it easier for states to punish those who adhere to the boycott.