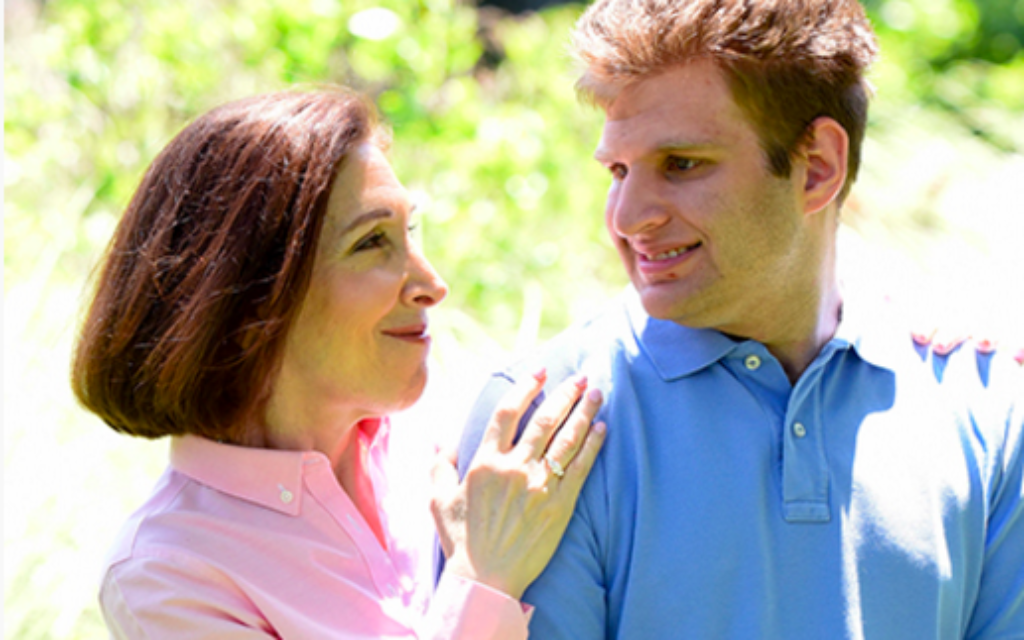 November is National Epilepsy Awareness Month. But in my family, awareness is year round.

When our younger son Mickey was diagnosed with autism, no one warned us that somewhere between 30 and 40 percent of children with autism eventually develop epilepsy too. Unfortunately, we soon discovered he was one of them.

The Centers for Disease Control and Prevention defines a seizure as “a short change in normal brain activity that can cause changes in awareness, behavior, or body movement.” That’s a clinical description. It doesn’t tell you how terrifying it is to see your child have a seizure. He is literally seized: snatched up in an electrical storm that sucks the air out of him before it spits him out, disoriented and spent.

Every time Mickey has a seizure, friends and family ask, “Was it a bad one?” I’m tempted to respond, “I’ve yet to see a good one.” I don’t, of course. I know they mean well. But when it is your child, every seizure is bad. Doctors have told us, “A seizure is like getting kicked in the head.” How many kicks can a child sustain before there is permanent damage?

For centuries people believed that someone with seizures was possessed by devils. We know better now, but sometimes it feels as if treatment is still in the dark ages. Mickey has suffered terrible side effects from medications that at best achieve partial control of his seizures.

Cognitive slowing. Mood shifts. Agitation. Exhaustion. We worry, every day, every hour, about all the things that can trigger seizures. Summer heat; missed meals; too little sleep; drinking too little water; drinking too much water; flashing lights; three-D movies; anxiety. Even joyful anticipation can set it off. He has had seizures going to parties, eating dessert at the Thanksgiving table, and walking to the beach with his favorite cousins.

Seizures are not only disruptive. They can be deadly. Sudden Unexplained Death in Epilepsy, known as SUDEP, can occur during or immediately after a seizure. According to Citizens United for Research in Epilepsy, SUDEP accounts for 34% of all sudden deaths in children. For people with autism, SUDEP is the leading cause of death. I know several parents who’ve lost children this way. Yet doctors often don’t bring it up. They don’t want to alarm parents, because there are no proven ways to prevent it.

According to the Epilepsy Foundation of America, some three million Americans have epilepsy. It’s the 4th most common neurological disease in the nation, after migraine, stroke and Alzheimer’s. To mark National Epilepsy Awareness Month this year, they are promoting their #AimForZero Campaign. They are urging people with epilepsy and their caregivers to adopt four behaviors: take medication exactly as prescribed; get enough sleep; limit alcohol; avoid seizure triggers. They say that working toward the best seizure control possible may help reduce the risk of SUDEP.

It’s not nearly enough. The reality is that for 3 out of 10 people living with epilepsy, a life without seizures is not yet within reach. SUDEP kills an estimated 2,600 people a year in the United States; some doctors say the real figure is probably higher. For the third of people with epilepsy whose seizures are poorly controlled with medication, the fatality rate is one in 150. SUDEP is an urgent but underreported issue. Research initiatives must be better funded.
When Mickey was an infant, I checked him throughout the night to reassure myself he was breathing. Twenty-four years later, I still do it. Every single day, I feel the clutch of fear as I knock on my son’s bedroom door. I walk in and sing out a cheery, “Good morning!”

Every morning, I pray he will answer.

Liane Kupferberg Carter is the author of Ketchup Is My Favorite Vegetable: A Family Grows Up With Autism.