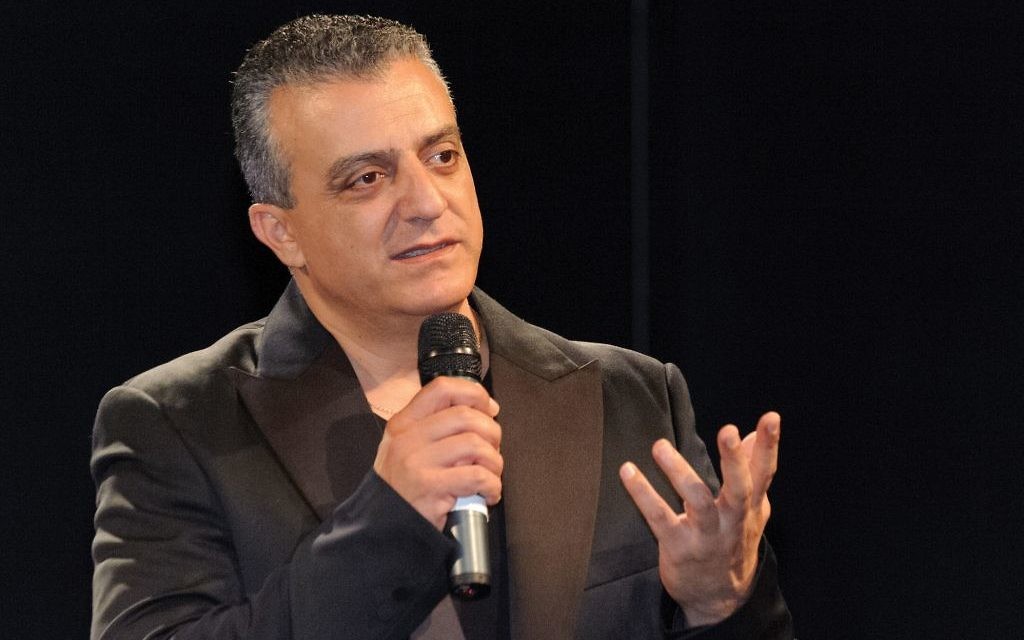 Norman Issa is best known as the star of “Arab Labor,” an Israeli TV show about an Arab journalist who toils to become accepted in Israeli society; it is one of the first shows to bring an Arab perspective into mainstream Israeli pop culture.

His new labor, so to speak, is to transform the poetry of the controversial Palestinian poet Mahmoud Darwish into a stage play about peace. The transformation isn’t such a smooth one.

Issa directs “Eyes,” a new play based on Darwish’s poetry, in which the Arab-Israeli conflict is personified by Darwish, his mother, his teacher and his Israeli lover. It runs next Saturday afternoon and Sunday evening at the Between the Seas Festival, a showcase for contemporary Mediterranean culture. The festival, which takes place at the Wild Project in the East Village, also features Amos Pinhasi’s “Mediterraneo,” a solo dance piece about an Israeli boy growing up by the sea.

“Eyes” is a co-production of Igal Ezraty’s Arab-Hebrew Theater and Issa’s own Elmina Theater for Children, both of which are based in the tourist district of Old Jaffa. Best known for the long-running hit, “Let’s Dance,” a wordless play about the history of Jaffa Café and Dance Hall from the onset of the Zionist immigration to the present, the Arab-Hebrew Theater Center recently presented two plays, one in Hebrew and one in Arabic, at the prestigious Israel Festival in Jerusalem.

In an interview from Jaffa, Issa told The Jewish Week that while the four actors in “Eyes” are themselves a mix of Jewish, Muslim, Christian and Druze, they take turns playing Darwish, in addition to the major figures in his life. In this way, Issa explained, the poet “can speak from everybody’s mouth.” When an actor puts on a special pair of glasses, he or she becomes the poet. “The first connection between people,” Issa noted, “is when we look into each other’s eyes.”

Jaffa, which has a large Arab population, is, Issa pointed out, “a place of safety. It’s a port where ships from different places come in from storms. It’s a place for people to meet and mix together.”

Yet Darwish, who died in Houston in 2008 and was called the “savior of the Arab language” for his piercing verses about the Palestinian national condition, was less sanguine about the chances for coexistence. In “Passers Between the Passing Worlds,” he urged, “So leave our land/Our shore, our sea/Our wheat, our salt, our wound.” And in “Psalm Three,” he expressed doubts about the power of dialogue to turn people’s hearts toward each other. “When my words became honey … flies covered my lips!”

Nevertheless, according to Issa, “A couple needs time to fall in love. We Arabs and Israelis don’t need to love each other now. We may need a lot of time before we love each other. But we can start to talk.”