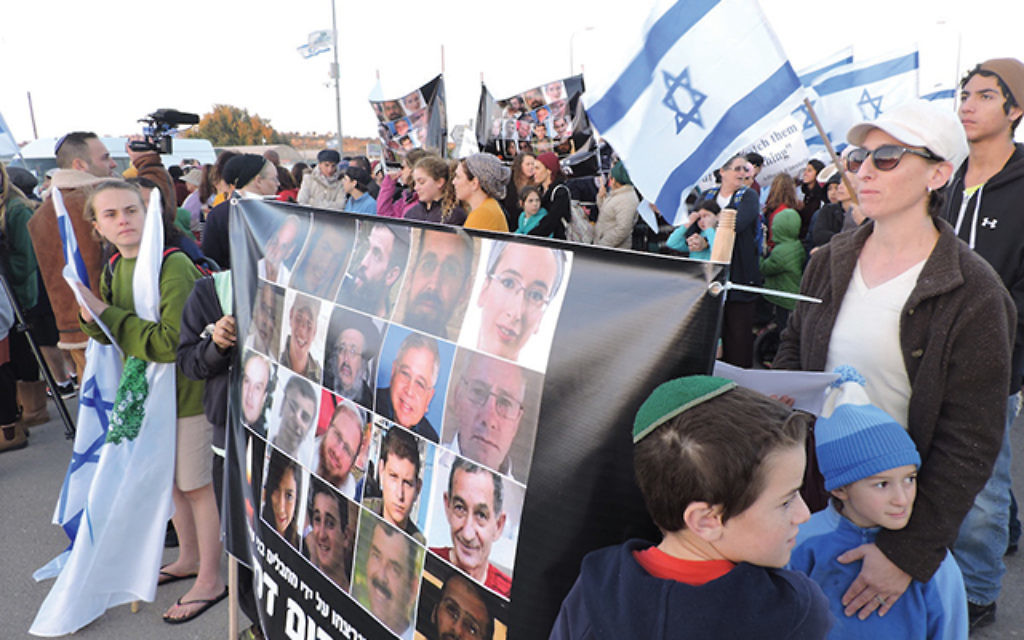 Tel Aviv — The murder of Massachusetts native Ezra Schwartz in a terrorist shooting last week has shaken Israel’s overseas educational programs as they scramble to handle worried parents, upset participants, and review security precautions for trips to high-risk locations in the country.

An inquiry is currently underway into what safety measures were taken last Thursday before Schwartz, 18, and a group of other gap-year students at Yeshivat Ashreinu visited the Gush Etzion junction in the West Bank, said an official for the government agency that subsidizes the yeshiva’s gap-year program.

Critics complained that youths without sufficient protection were allowed to visit a location frequently targeted by Palestinian terrorists. Others contend that there is no true safe place in Israel amid a wave of terrorist stabbings and shootings and that the yeshiva did its best to protect its students.

“There is a lot to sort through, and all of the questions are now being asked; it is too early to draw any conclusions at this stage,” said Sara Eisen, communications director at Masa Israel Journey, an umbrella organization run jointly by the Israeli Prime Minister’s Office and the Jewish Agency that subsidizes and oversees hundreds of gap-year program affiliates like Yeshivat Ashreinu.

“We are working through the facts of the situation and have no answers yet to the many understandable concerns.”

Potentially at risk from the fallout from Schwartz’s death are participation levels in programs that bring thousands of Jewish youths to Israel each year, as well as international tourism, a major Israeli industry. The killing also highlights the challenges faced by overseas programs that want to allow participants to see the country but must balance the freedom with security precautions.

Michael Jankelowitz, a former Jewish Agency spokesperson, worried the killing would have a “major” effect on participation for all educational travel to Israel, and complained that the teens should have been traveling in an armored, bulletproof vehicle, given the danger at the Gush Etzion junction.

Laura Kam, a public relations consultant who lives in Jerusalem and whose son is doing army service on guard in the West Bank, wondered why “a group of completely unprotected teens” was in “an area so unsafe.” She told The Jewish Week, “I know folks will say that two people were killed in Tel Aviv the same day. But in fact, the road where Ezra died is highly problematic and everyone knows it. Let’s keep our young visitors safe.” (Despite published reports, the yeshiva denies the trip included food delivery to soldiers, a common practice to bolster the spirits among the IDF.)

Located on the heavily traveled Highway 60, the Gush Etzion junction is a busy intersection south of Jerusalem that connects the capital city to the affluent bloc of suburban settlements that include Efrat and Alon Shvut, and also settlements around Hebron. A tunnel road bypass around Bethlehem was built in the late 1990s to link Gush Etzion (known simply as the Gush) to Jerusalem, and it was reinforced with walls to protect Israeli drivers. Highway 60 is also used as a shortcut to Jerusalem for those living inside of Israel. A supermarket at the junction serves both Israelis and Palestinians shoppers and employs both as well.

In recent days, however, the government has been discussing ways to separate Israelis and Palestinians and boost security. Hundreds of Gush-area residents held a demonstration at the junction on Monday to demand tighter protection.

Before the attack on Schwartz, the intersection had been targeted seven times by Palestinian attackers since the beginning of October, leaving four civilians injured and one soldier wounded. Like many road junctions around the West Bank, in recent weeks the Israeli army has deployed groups of soldiers at Gush Etzion junction that stand behind concrete barriers to protect pedestrian commuters.

In the attack, which killed Schwartz and two others, a Palestinian terrorist with a machine gun sprayed bullets into a line of cars at the intersection. Since the Thursday afternoon attack, another Israeli was killed at the junction.

Jankelowitz pointed out that “all the public transportation that goes to Gush Etzion goes in armored buses.” He added that Jewish Agency guidelines require Board of Governors members to use armored vehicles when making site visits in the West Bank. “I think there needs to be an inquiry, by the Jewish Agency and the government.”

Yigal Palmor, a spokesman for the Jewish Agency, said that Schwartz and the other teens weren’t involved in high-risk activities. “He wasn’t hitch-hiking and he wasn’t waiting. He didn’t go to the road junction to stand and see what happens. … The junction itself is a dangerous place because it’s been targeted.”

Tragically, Schwartz had been visiting the Gush Etzion junction to do landscaping at a roadside memorial — dubbed “Oz v’Gaon” or “bravery and genuis” (or honorable scholars) — to three Israeli teenagers who were kidnapped and murdered by Palestinian terrorists at a spot just a few hundred feet away in June 2014.

Rabbi Akiva Naiman, who oversees the community service programs at Yeshivat Ashreinu, said Schwartz was also spending time coaching underprivileged kids in basketball and raising money for the Israel Cancer Association. He was drawn to work at the memorial site because “it felt like you are really building the land. He was so inspired by that.”

Rabbi Naiman said that Ezra and a group of other boys were visiting the site weekly in a van hired by a local taxi company in Beit Shemesh, where the yeshiva is located. He said there was no accompanying guard. In the days after the murder, the yeshiva has been caught up in making the funeral arrangements and looking after the needs of the remaining participants.

The yeshiva will return to its normal study schedule later this week and hasn’t made any decisions about trip security or locations, the rabbi said. He did say that the yeshiva is receiving donations to pay for an armored van.

Echoing other officials handling youth programs, Rabbi Naiman noted that on the same day Schwartz was killed at the Gush Etzion junction, two people were stabbed to death in south Tel Aviv.

“All the safety precautions were met,” he said.

Officials at overseas programs said that security measures for group trips throughout Israel are coordinated through a special hotline overseen by the Education Ministry and the Society for the Protection of Nature that gives out daily updates on the situation in any given location.

A statement from the Education Ministry said that groups on trips in the West Bank must ride in an armored vehicle on the roadways designated by the IDF, and travel with one guard for every 50 students. It also said that for trips on foot in the West Bank, groups must be accompanied by an armed guard with a “long weapon.”

Eisen, the Masa official, said that the umbrella group seeks to set an “industry standard” for strict security guidelines among its affiliate programs, including daily coordination with Israel’s security authorities, as well as security chiefs at Masa and the Jewish Agency. She said it is up to the individual affiliated organizations to implement the guidelines with the support of Masa.

It is believed that costly armored vans are a rarity among Jewish institutions in the region.

The shock of the murder has rippled to other overseas programs. At the Jerusalem-based Young Judea Year Course, trauma counselors were brought in to discuss participants’ reactions.

“It’s been a hard one for everyone,” said Kate Brody Nachman, director of the Young Judea Year Course. She noted that some of the Young Judea youngsters knew Ezra and went to Camp Yavne [in New England] with him. “They felt more connected, and it feels more real. There’s a greater sense that ‘it could have been me.’”

After an emotional weekend of singing, prayer, memory, and grief counseling, students at Yeshivat Ashreinu spent part of this week on a trip to the Dead Sea. Rabbis at the yeshiva are trying to focus on easing the participants back into a routine of study later in the week.

Despite the tragedy, Rabbi Yechiel Weisz, who is in charge of morning studies at the yeshiva, said that the majority of the 31 participants had elected to continue on. “The boys are shocked; it was devastating. But we came out very strong. Unfortunately, if there is anything that makes people come together, it’s a tragedy,” he said. “We’re trying to get back on schedule. Some of the boys are not ready.”

It was too early, yeshiva officials said, to say whether or not the program would continue at the memorial site.

Students at Ashreinu created a website this week to raise charity in memory of Ezra. More than $24,000 from 475 people was donated in the first four days. The URL is gofundme.com/ezrafund.