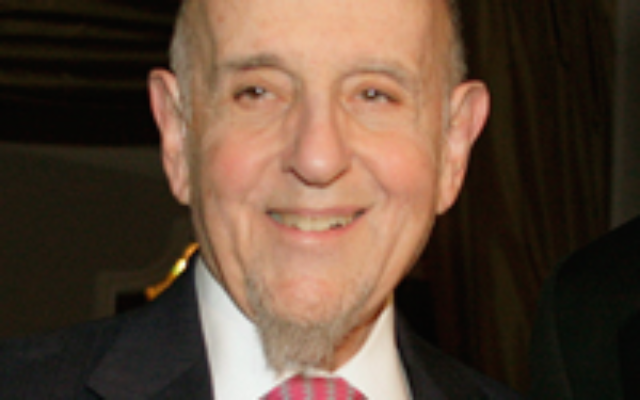 In 1958, as a young, recently ordained rabbi, I watched with a combination of astonishment and admiration as my father, Rabbi Joseph H. Lookstein, assumed the presidency of a fledgling Bar-Ilan University after the untimely passing of his close friend, Dr. Pinchas Churgin, the university’s founder and first president.  Dr. Churgin had died two-and-a-half years after Bar-Ilan opened its doors. There were 70 students at the time in what was Israel’s first and only university under religious auspices.

My father presided over the development of the university into a comprehensive, academic institution with schools of law, social work and education and a requirement, unique among all the universities in Israel, for every student to commit twenty hours a week to a core curriculum in Jewish studies.  By the time of his death in 1979, the student body had grown to 7,000, and the university — today 36,000 students strong — had begun its impressive development to become what it is now: a powerful academic force to educate students in all the disciplines of western civilization, to inspire them through the study of Torah and Jewish thought and to enable them to contribute to research and development in medicine, the sciences and other vital areas, thereby helping to build and strengthen the State of Israel.

Bar-Ilan is most definitely not an ivory tower institution.  As its illustrious president, Rabbi Professor Daniel Hershkowitz, stresses in a rabbinic aphorism: “Lo ha-midrash ikar, ela ha-ma’aseh” — the study itself is not the main purpose, but rather the practical ramifications for enhancing the life and character of the State of Israel and the Jewish people.

This philosophy of academic excellence, Jewish education for an extraordinarily diverse student body and making impressive contributions to the life of Israel and the Jewish people, was dramatically reflected in an academic convocation last month when nine honorary doctorates were conferred upon a highly diverse and distinguished group of people.  They included: Hon. Yaakov Turkel, a Supreme Court Justice; Isi Leibler, a longtime activist for Zion and columnist; Hon. Charles F. Bolden, Jr. a four-time astronaut and Chief Administrator of NASA; Professor Serge Haroche, Nobel Laureate in physics; Nurit Hirsh, a celebrated Israeli musician, composer and song writer; Rabbi Shlomo Dichovsky, a highly respected Dayan (religious judge) who is noted for his creative halachic solutions for agunot (“chained women”); Miriam Peretz, a celebrated educator who has particularly inspired and comforted bereaved families who, like herself, have lost sons and daughters in Israel’s struggles for security and survival; the Bnei Akiva Youth Movement; and myself.

Clearly, the university was making an emphatic statement:  study and knowledge are vital; but contributing to the State of Israel, the Jewish people and all of humanity is primary.

What a privilege it was for me, the son of Bar-Ilan’s second president, to be honored among such a distinguished group of honorees, and by such an illustrious Jewish university.