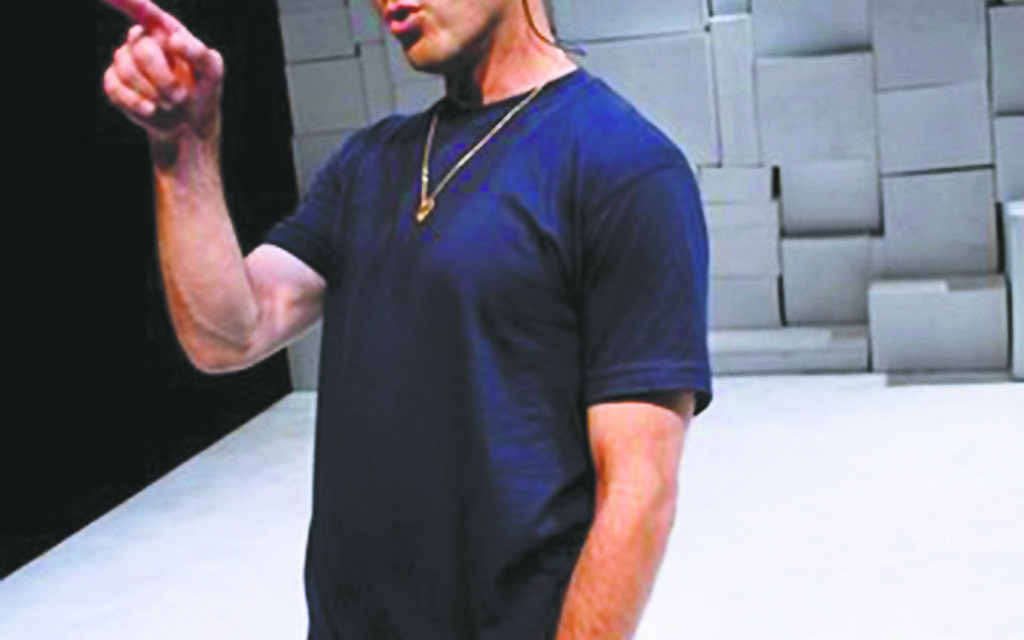 Is any human need deeper than the need to know where we came from? In Rock Wilk’s one-man show, “Broke Wide Open,” directed by Stephen Bishop Seely, the poet and performance artist explores his conflicted identity about the time he was given away at birth and then adopted by Jewish parents. The play opens this weekend at the 45th Street Theatre for a month-long run.

Wilk was born to a Bronx woman who had had a two-year affair with her boss. Within the first six months of his life, he was transferred to three different foster homes, and then finally adopted. His new parents named him Alan Wilk and raised him in Spring Valley, in Rockland County. After an unsuccessful stint at Colorado State University, Wilk returned to New York and began performing in both poetry and music clubs.

He found an invaluable mentor in Jack Rollins, the manager of Woody Allen. Rollins encouraged him to record the raw, pulsing album that became the springboard for “Broke Wide Open,” a show that unites the performer’s experience in spoken word poetry with his penchant for street theater. It was written entirely on New York subway trains, where Wilk was inspired by the jangling rhythms of the city, and presented in London last summer, at a time when nightly riots provided an eerie counterpoint to Wilk’s tale of a turbulent, divided soul.

In an interview, Wilk, who is tall, bald and muscular with silver hoops in both ears, recalled that his childhood was marred by lacerating self-doubt. “I had a lot of self-loathing because I was an athlete and a singer, and I was Jewish, and nobody seemed to understand me or know anything about me. And I didn’t know who I was either.” He ultimately determined to find his birth mother, a quest that he describes in “Broke Wide Open.”

While at first he resisted Jewish stereotypes being imposed upon him, ones that seemed so much at odds with his personality, Wilk eventually embraced his Jewish heritage as a “source of comfort and pride,” especially after the deaths of his parents and grandmother.

Because of his frequent appearances at the Nuyorican Poets Cafe and other poetry slams, Wilk noted that he has attracted a following of young people, many of the from housing projects, who would not otherwise attend live theater. He is pleased that these non-Jewish kids, when they come to see “Broke Wide Open,” will “get to see my grandmother talking Yiddish to me, get to see me dealing with my issues about my Jewish identity.”

Even more importantly, Wilk is moved and gratified to see, through the free-wheeling post-performance Q&A’s that have become the show’s trademark, his urban audiences finding resonances in their own lives to a show that he poignantly sums up as “a love letter to New York” and as an “urban ‘Wizard of Oz,’ a searching for home.”