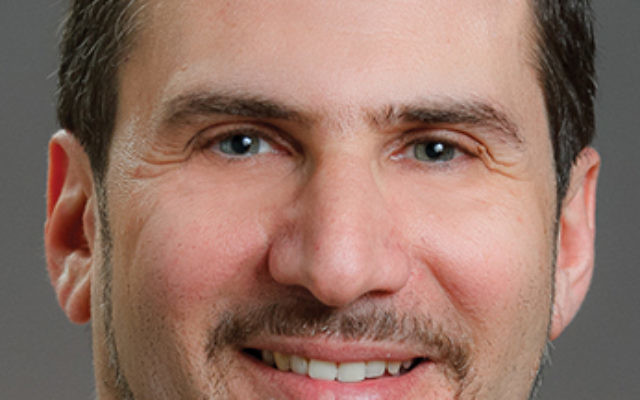 Of the close to 300 Jews saved from the Nazis by Jan and Antonina Zabinski, the non-Jewish owners of the Warsaw Zoo who pretended to run a pig farming operation in order to provide a hiding place for Jews in the basement of their villa, the most famous was the prize-winning sculptor Magdalena Gross. While she is a minor character in Diane Ackerman’s acclaimed 2007 book, “The Zookeeper’s Wife,” as well as in the recently released film of the same title, in which Gross is played by the Israeli television star Efrat Dor, Gross was a major artist. After developing a passion for sculpting animals after her initial visit to the zoo before the German invasion of Poland, Gross continued creating spectacular birds and bison from bronze during her captivity. Some of her works are on display in the cellar of the villa, which my Dickinson students and I toured during our spring break trip to Poland in March.

Is there a connection between Jewish women and sculpture? Before I learned about Gross, the only female Jewish sculptor I was familiar with was the Russian-Jewish artist Louise Nevelson, who created the Holocaust-themed “white flame” ark, bima and eternal light at Temple Beth-El in my home town of Great Neck, L.I. Nevelson, the daughter of a lumber merchant, became, in the words of art critic John Canaday, the “doyenne of American artists”; like Gross, she was also inspired by natural forms, which she mirrored in her huge, mostly unpainted, wooden wall pieces and structures.

But Jewish women have been prominent in the field of sculpture for at least a century. Think of Chana Orloff, the Israeli Art Deco and figurative art sculptor; Antonietta Raphael, the Italian sculptor of Lithuanian-Jewish ancestry who did famous sculptures of her three daughters; and Stella Skopal, the Croatian Jewish artist who crafted fireplaces and stoves adorned with female dancing figures for upper-class families in interwar Zagreb.

Even today, Jewish women remain in the forefront of the art of sculpture. Take Soraya Nazarian, a Persian-Jewish artist in Southern California. Like the Romanian-French sculptor Constantin Brancusi and the Japanese-American sculptor Isamu Noguchi, Nazarian favors the use of granite, basalt and marble, which she procures from Brazil, Portugal and Italy. Her sculptures range from stone menorahs, wings and lyres, to human figures, such as one of a seated woman reading a book, which can be found at Sapir College (near Sderot) in Israel. She told me that her works may “look permanent, but the atmosphere outside will change them,” which she calls a “good lesson from stone to us.”

Hedva Ser is a French sculptor who was born in Petah Tikva; both her parents were Holocaust survivors. Last week, in her home city of Paris, she installed her 12th Tree of Peace, a massive bronze sculpture with outstretched branches that she first created for the Palestinian Al Quds University in Jerusalem, a work that she said was intended to “build bridges between Palestinians and Israelis through science, education and the arts.” (Other Trees of Peace can be seen across the globe, from Temple University in Philadelphia to the sculpture garden of the Verdala Palace in Malta.)

Ser, whose works seem to defy gravity with their oddly angled shapes that play with the tension between the convex and concave, displayed a series of Kabbalah-inspired sculptures in 2014 at the Galicia Jewish Museum in Krakow, where some of her works remain sprinkled throughout the permanent gallery. Her exhibit, “Destruction and Rebirth,” used jagged, twisted blocks of bronze to speak to the churning, mystical forces that have fueled cycles of death and survival in Jewish history.

As Ser, who is also a painter, told me over Skype last week, she is “always looking for balance and unbalance” in her work, which she views as a “living, respiring witness to history.” She finds these opposing forces in the Sefirot (the attributes or emanations of the divine), as well as in the tension between the eternal and the transitory, which she finds in the darkening patina of bronze as it is subjected to changes of weather and climate. The surface, she explained, “should reflect all the light and energy coming together.”

“There’s always hope,” Ser observed in a 2014 interview on vimeo.com, filmed at the time of her exhibit in Krakow. “After every tragedy, you can feel hope. But you can’t just feel it. You have to touch it. And when you touch it, you have to say to yourself that everything is possible.”

Ted Merwin teaches religion and Judaic studies at Dickinson College. He writes about theater for the paper.