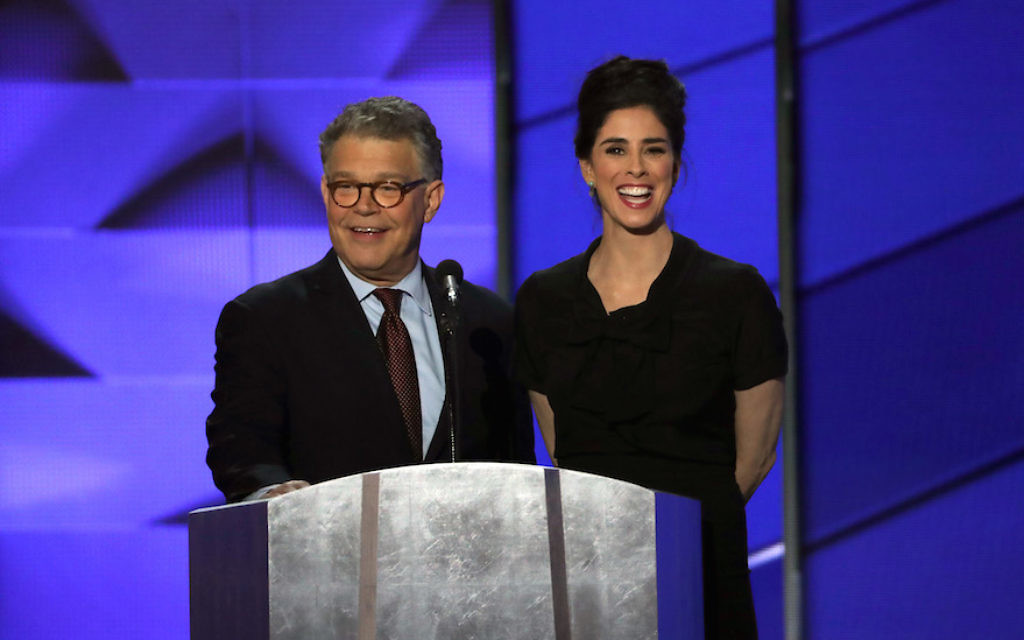 But it was a raunchy comedian, Sarah Silverman, who summed up the night’s implicit message in nine ad-libbed words.

“To the ‘Bernie or Bust’ people,” she said from the podium at the Wells Fargo Center here in Philadelphia, “you’re being ridiculous.”

That’s what most of the other speakers at the Democratic National Convention were trying to say. In fact, it’s what many Clinton supporters have been saying since she wrapped up the nomination in early June.

Sanders himself put it this way:

“If you don’t believe this election is important, if you think you can sit it out, take a moment to think about the Supreme Court justices that Donald Trump would nominate and what that would mean to civil liberties, equal rights and the future of our country.”

The idea: If you support Sanders’ unapologetic progressivism, Clinton’s moderated version is far closer to what you want than Donald Trump’s platform, which is based in a mix of conservative positions.

The message took on added urgency on Monday after Sanders delegates voiced outrage over leaked emails from the Democratic National Committee that showed favoritism toward Clinton during the primary race. The emails led to the resignation of DNC Chairwoman Debbie Wasserman Schultz, and Sanders delegates vowed to protest on the convention floor.

A few speakers tried to send the unity message in friendly terms, quelling the boos and chants of “Bernie, Bernie” by explaining the importance of getting out the vote. Sen. Al Franken of Minnesota, a former and sometimes current comedian, reassured parents that an “8-year-old kid can teach a 4-year-old kid how to use a microwave oven” — reason enough for parents to neglect their kids and canvass for Clinton.

Silverman — who put her stamp on the 2008 election by urging fellow Jews to convince their Florida grandparents to vote for Obama — also has oodles of sympathy for Bernie. She supported his campaign and said Monday that she was proud of what he had achieved. But her blunt sentence shut the protesters up, at least for a minute, making them reflect on their pledge to sit this election out or vote for a third party.

And months after this convention ends, that one sentence may be the one we still remember from Monday night — when a comedian did what the politicians could not.