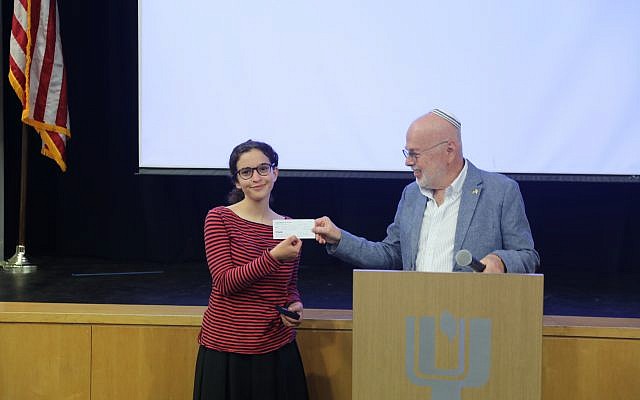 Since the Norman Alexander Award for Excellence in Jewish Student Writing competition was inaugurated four years ago by Fresh Ink for Teens, the Jewish-American Hall of Fame, and the New York Jewish Week, students from the Los Angeles area have won this national competition every year, including a student from YULA Girls High School last year. This time, there were over 100 entries from around the country (and even one from London) but Sarah Nachimson, a Ninth Grade student at YULA Girls High School was selected by the judges for her outstanding essay about pop singer Lesley Gore, composer and singer of hits like “It’s My Party (And I’ll Cry if I Want To)” and “You Don’t Own Me.”

The Alexander medal, certificate and a $500 check were presented to Sarah by Mel Wacks, Director of the Jewish-American Hall of Fame at an assembly of her fellow classmates on Oct. 11th at YULA, with Sarah’s proud parents, Susan and Benjamin Nachimson, and her grandmother  Elizabeth Nachimson, in attendance. Also present were Associate Principal Natalie Williams and Rabbi Josh Spodek, Head of the School. 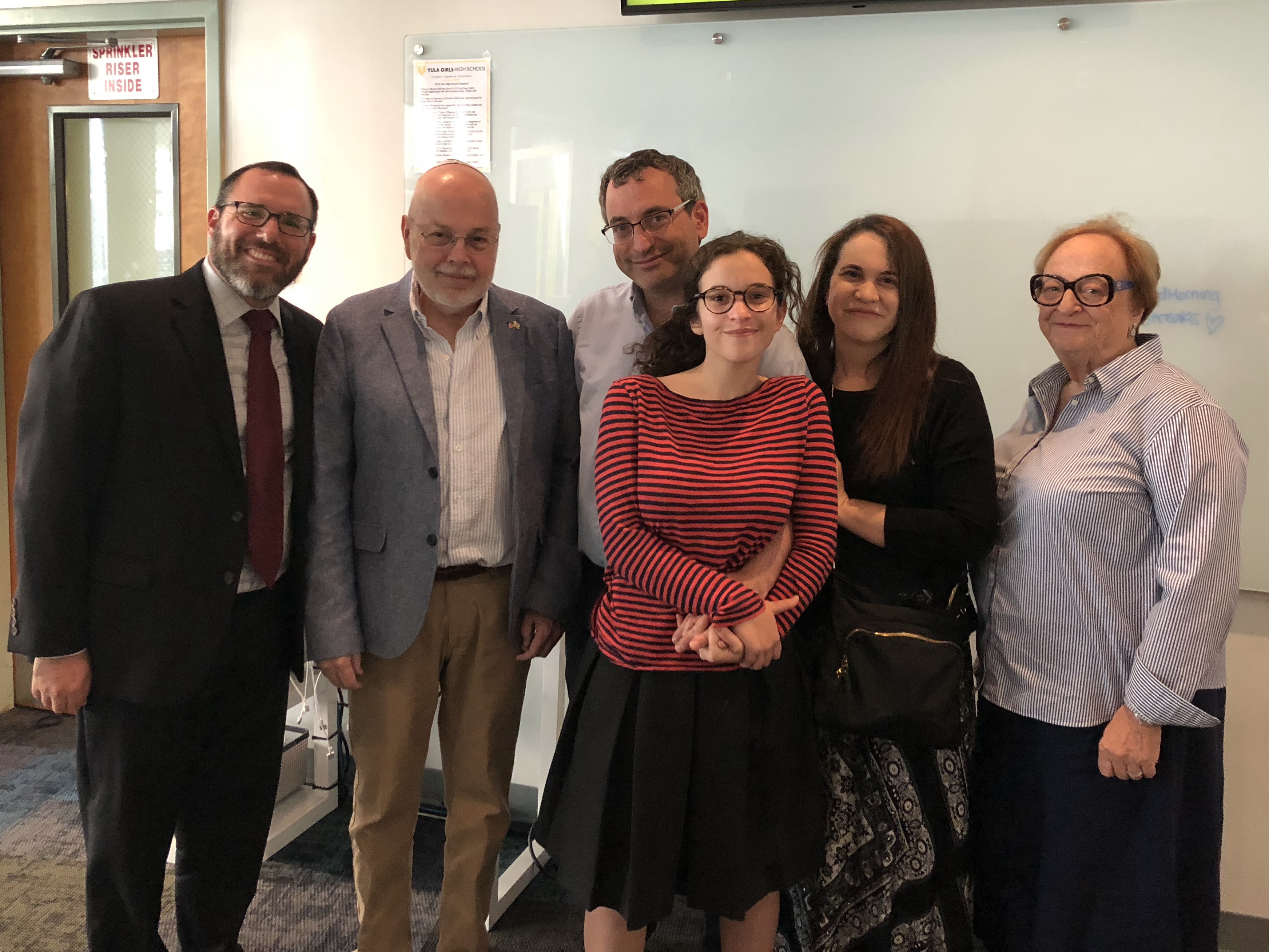 The highlight of the ceremony was Sarah Nachimson reading her prize-winning essay about Leslie Gore.

The theme for the 2019 Norman Alexander Award for Excellence in Jewish Student Writing competition is “Who Should Be in the Jewish-American Hall of Fame.” Essays not exceeding 500 words should be emailed by May 29, 2019 to Lily Weinberg lily@jewishweek.org. Consideration will be given to originality, creativity and writing style. All entries must include the name of the high school and the grade of the entrant.