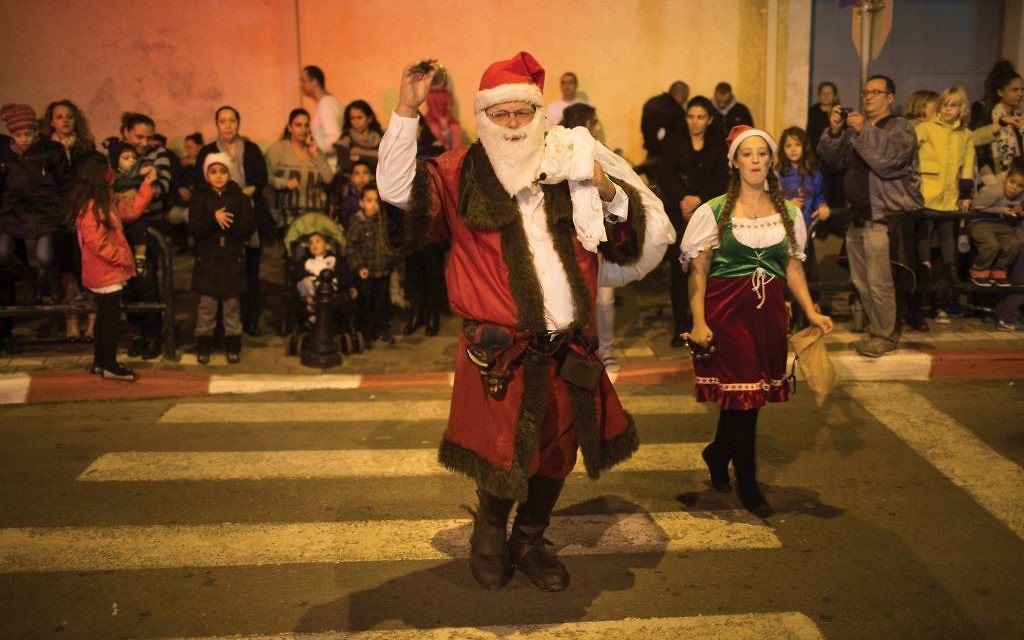 Yes, those are children dressed as Santa Claus—Israeli Arab children.

In Jaffa, a mixed Jewish-Arab part of the Greater Tel Aviv municipality, which plays a prominent role in the New Testament and is home of the famed St. Peter’s Church and to some 6,500 Christian residents, Christmas becomes visible each year – unlike in most of Israel, where it is barely noticed.

This week a 45-foot-high Christmas tree went up in Jaffa’s Andromeda area. The kids were part of the holiday celebration, which annually joins Christmas festivities in Jerusalem’s Christian Quarter, Bethlehem’s Manger Square and Nazareth’s Christmas Market.

Jaffa’s Christian population includes Catholics, Protestants, Copts, Maronites and Greek Orthodox. For them, and for other Christians in the Holy Land, Christmas — in the land where Jesus walked — is usually less commercialized than in most Western countries. Christmas celebrations in Israel feature liturgical concerts and holiday parades and Midnight Mass; don’t bother looking for Christmas sales at department stores.

For Christian pilgrims, Israel’s Ministry of Tourism recently launched a “Gospel Trail,” a 39-mile track of New Testament sites in the Galilee.